Festivals are an indispensable parts of spring celebrations across villages in Vietnam during Tet (Lunar New Year) Festival. In some ethnic minority groups in the northern region, several customs and traditions are practiced as a way for locals to welcome the Lunar New Year.

‘Thief and steal of fortune’ custom in Lai Chau

Midnight on the fifteenth day of the first lunar month is a sleepless time for Red Dao ethnic people in Mo Di San Commune in Phong Tho District, Lai Chau Province, as they are all eager for their ‘Thief and steal of fortune’ traditional custom.

Phung Chin Phang, chairman of the commune’s People’s Committee, said that it is not known when the custom was first practiced, just that it has been observed for many generations.

Accordingly, the “thieves” head to local households to steal their fortune. They are only allowed to rob a slice of meat, a bottle of wine, or an onion - a vegetable which symbolises luck in Red Dao people’s beliefs. The onion must be uprooted entirely, if the root is broken, the thief has to place money in the hole as a compensation for the house’s owner. If the thief is caught, he must have a cup of drink, which is often wine.

At 10 pm that day, more than 100 local men from four villages of the commune gathered along the main road, led by a band including elders Ly Phu Nung, Phung Son Siu and Ly Van Niem, who played flute, cymbal and drum, respectively. The crowd cheered loudly and ready for the thief.

The first stop of the crew was the house of Ly Van Khin, a postman of the commune. More interestingly, two sons of Khin joined the team earlier, leaving their parents and two sisters at home to protect the house.

When the crowd arrived the gate to the house, Khin’s wife, with a long stick in her hand, was ready to protect her beds of fresh onions. Inside the house, Khin, backed by his two daughters, was keeping a close watch on the meat and jars of wine.

Although all the family members were on such high alert, three thieves made their way into the garden successfully. Khin’s wife was the first to notice them, and cried out for her husband. Khin rushed out from the house, with a bottle of wine, which was then bottomed up by the three thieves.

The couple was extremely happy since by catching three thieves, their fortune for the New Year will be tripled.

However, their happiness didn’t last long. While they celebrated their triumph, a young man was breaking into the garden and succeeded in uprooting an onion, gaining back a consolation goal for the guest team.

Much of the fun of the game is that in the beginning, participants were teamed up as thieves, but later they returned to their home to protect it from the robbers-teammates, and turned to confront each other in the battle for fortune.

It was just like the situation of Tan Phu Neng, an officer at the commune’s cultural house, and Phung Chin Hin, Secretary of the communal Party Committee. Soon after Neng, 50, completed the mission to protect his house, he snuck into Hin’s house and uprooted an onion, grabbing the fortune from Hin.

The festive night went on with no onion in the commune being safe from the hands of the thieves. When the new day came, it marked the end of Tet, with the people ready to start a new crop season.

Visitors to Moc Chau Plateau in Son La Province on the fifteenth day of the first lunar month may be lucky enough to partake in the Xoe Cha celebration of White Thai ethnic people in Dong Sang Commune.

What makes the festival special is that the performers are the shamans of the villages. Despite their old age, the shamans enthusiastically participate in the game, during which they simulate the daily activities of locals, including ploughing, collecting bamboo shoots, hunting, and fishing.

Through their performances, the shamans also criticise the bad habits of people, such as laziness, greediness, and clumsiness, and show participants the right and just way to lead their lives.

Xoe Cha celebration takes place on the last day of the three-day Het Cha Festival, which is observed annually every spring to show the locals’ gratitude to the shamans.

During the event, a young man, with the support of his friends, drags his girlfriend to his house. However, it is not a game just for fun. The custom reflects the freedom of choice in marriage of H’mong people. The couple has been dating previously and their love is greenlit by their parents.

On many occasions, a banquet is arranged by the man’s family on the ‘wife-dragging’ day, and the couple becomes husband and wife on that day.

However, not all ‘wife dragging’ efforts are rewarded. In one event, a young woman cried so loud that her boyfriend and both his and her families had to console her a lot. Her boyfriend had to abandon the game and chase his luck another day. Some young men have to try up to three or even four times to successfully drag their girlfriends to their homes./. 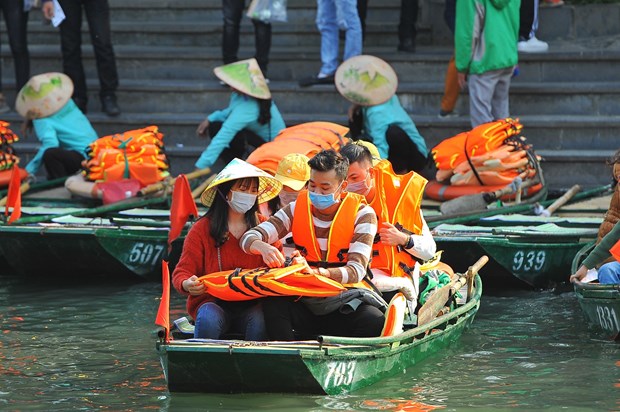 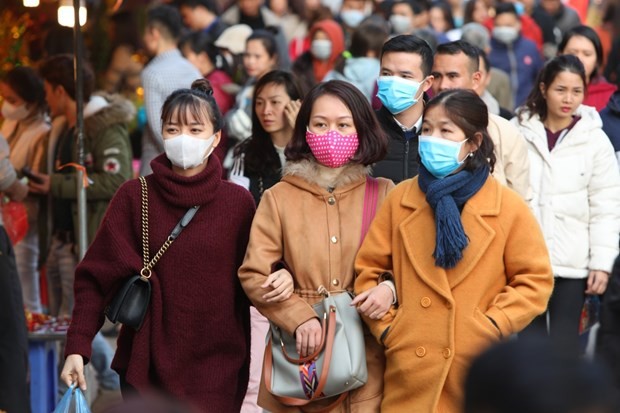 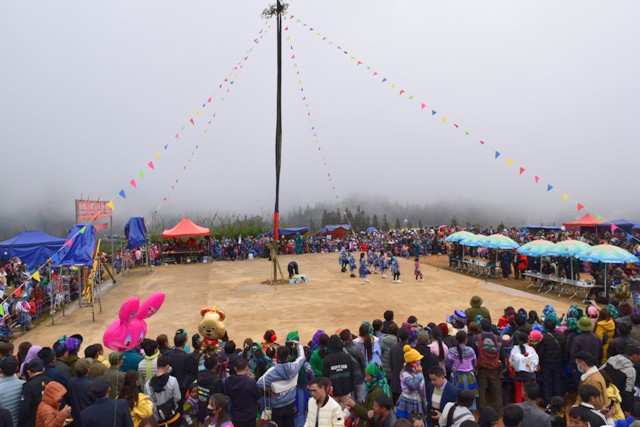 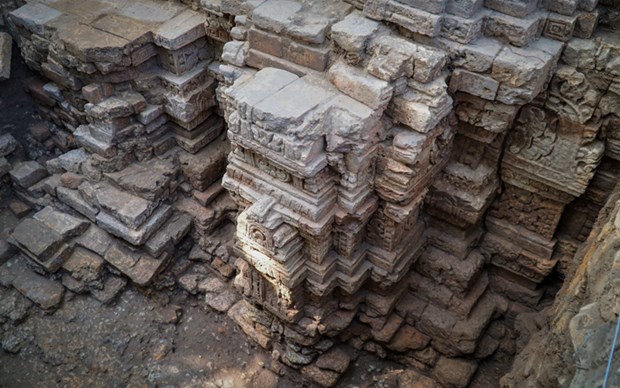 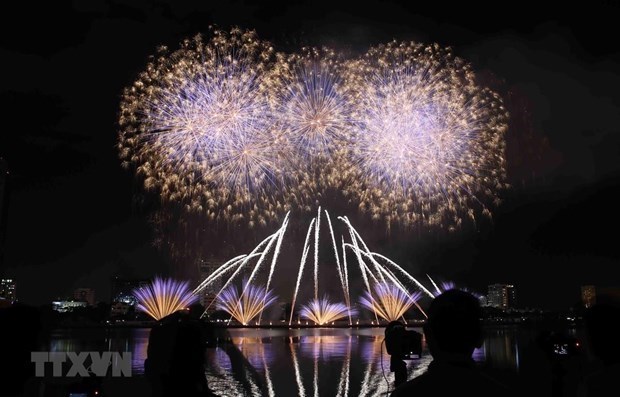 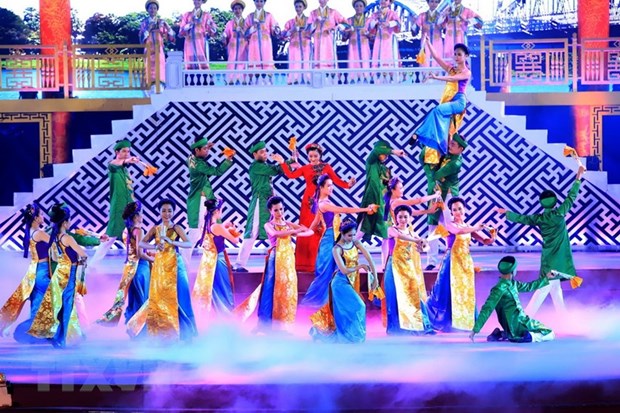 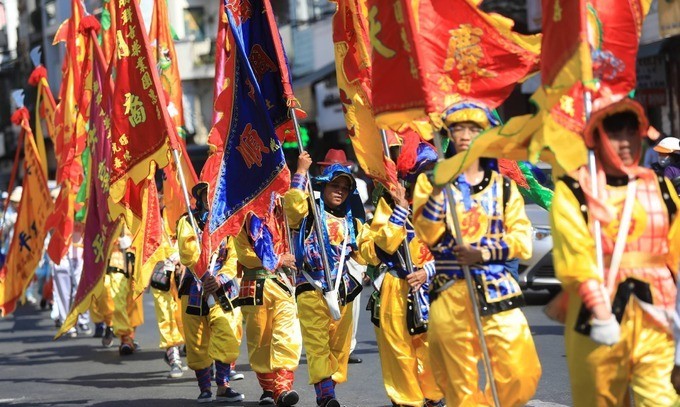 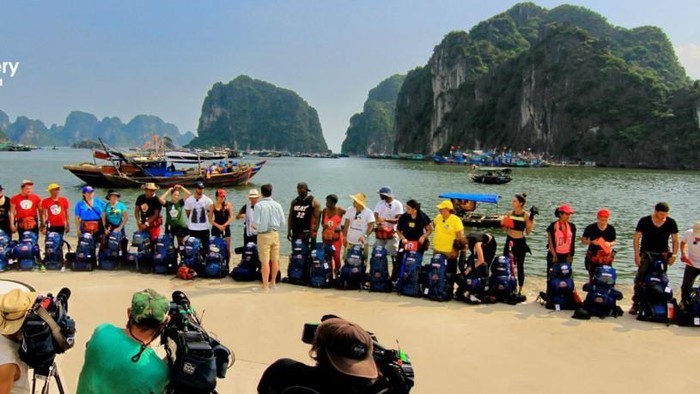 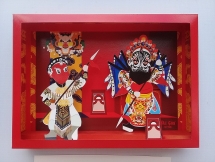 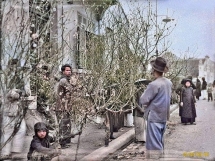 Offerings for heaven and earth in Tet 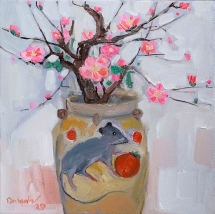 Exhibition welcomes Year of the Rat in Hanoi

Large queues at Hanoi’s supermarket as Tet is drawing near

39 dead in a container 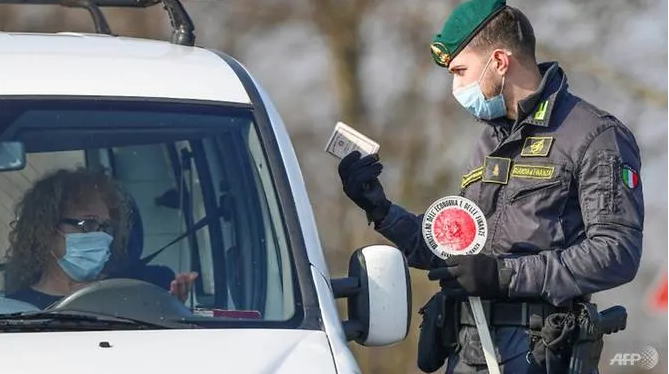 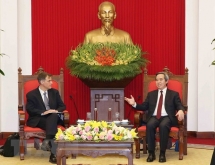 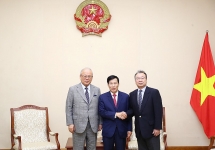