The embassy of Vietnam in Russia recently held a meeting for Vietnamese learners and lecturers across Russia. At the meeting, the Ambassador of Vietnam to the Russian Federation Dang Minh Khoi underlined that cooperation in education and training had been a highlight of relations between the two countries.
Sophie Tran
sophie.tran73@gmail.com October 02, 2021 | 21:57

On Oct. 1, the Embassy of Vietnam in Russia hosted a meeting for Vietnamese learners in Moscow, St. Petersburg, Kazan and Vladivostok.

Held in Moscow, the meeting was attended in person by the Ambassador of Vietnam to the Russian Federation Dang Minh Khoi, the embassy’s staff, over 20 Russian students learning Vietnamese and lecturers from the Moscow State Institute of International Relations and the Moscow State Linguistic University.

Speaking at the event, Ambassador Minh Khoi expressed his joy to meet Vietnamese-language learners and lecturers in person after a long period of postponement due to the Covid-19 pandemic.

The ambassador underlined that cooperation in education and training was a highlight in the Vietnam – Russia cooperation, affirming that Russian students pursuing Vietnamese were the bridges that boost the relationships between the two countries.

According to Ambassador Minh Khoi, students would have more job opportunities upon graduation as more Russian businesses had been investing in Vietnam and the bilateral economic, trade and tourism relationships had been prospering.

Ambassador Minh Khoi said that Vietnam had been supporting and might assist Russia in its policies geared towards the Asia-Pacific region and expressed his belief that the Vietnamese language would gain more attention as Vietnam – Russia relations were enhanced.

Hoang Thi Hong Hoa, a lecturer at the Moscow State Linguistic University, said the Vietnamese language department at the university currently had 30 students, some of whom had been assisting delegates from the People’s Army of Vietnam attending the Army Games in Russia and were praised for both their capacities and ethics.

Hoa also noted some challenges in teaching and learning Vietnamese in Russia such as the lack of modern textbooks and reference materials, difficulties in sending students to Vietnam for internships facing the Covid-19 pandemic or students struggling to find jobs that aligned with their studies.

Svetlana Glazunova, a lecturer at the Moscow State Institute of International Relations, said while the development of technology and social media was bringing people closer, they were not comparable to opportunities to practice Vietnamese in Vietnam.

Svetlana also noted that while the Moscow State Institute of International Relations had a long tradition of teaching Vietnamese, the current number of Russian students pursuing the Vietnamese language at the university was just four.

Echoing the statement of Svetlana, lecturer at the Far Eastern Federal University Nguyen Van Nam said while over 40 students were studying Vietnamese at the university, the department of the Vietnamese language was competing with other language departments to attract students.

At the meeting, participating Russian students who are learning Vietnamese expressed their love for Vietnam and Vietnamese culture, identity and people. They hoped to be able to intern in Vietnam soon. 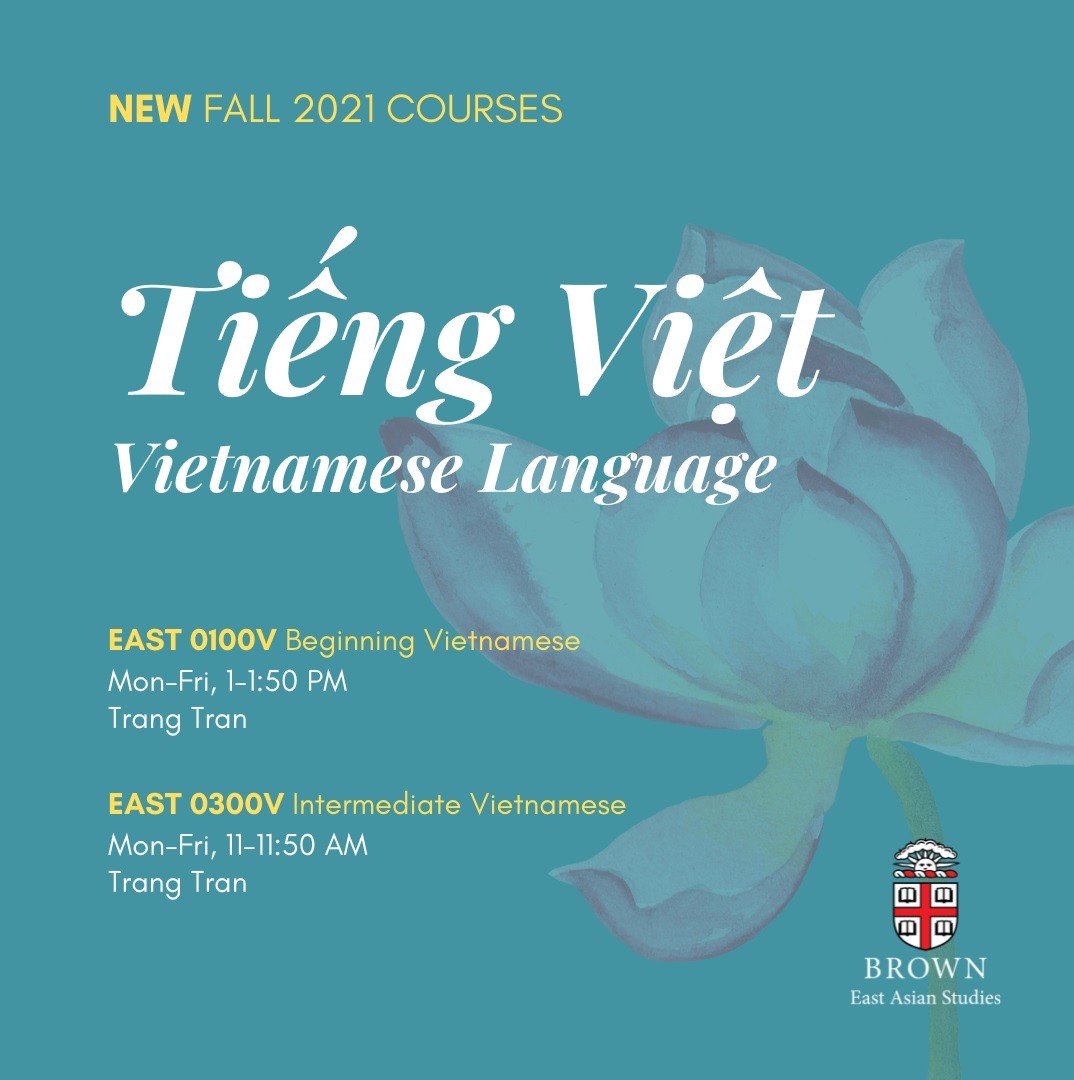 Students registered in a live-streamed Vietnamese lesson at Brown University to virtually attend class from a classroom in East Pyne.
November 08, 2021 | 00:32