Influential: Visitors at the exhibition presented in Vietnamese and English, featuring a number of valuable photos and information on the novelist’s life and career. — VNS Photo Minh Thu

An exhibition entitled “Kafka — A Journey to Vietnamese Readers” will be on display at the East-West Cultural Space, Heritage Space and Hà Nội University of Social Sciences and Humanities until April 14.

The exhibition, presented in Vietnamese and English features a number of valuable photos and information on the novelist’s life and career, which were collected and presented worldwide by the Franz Kafka Society in Prague, Czech Republic. Before coming to Vietnamese readers, the exhibition was held in Hong Kong (2013), Bangkok (2014) and other Asian cities.

During the exhibition, a number of rare publications, such as translations of Kafka’s works and books about him, which have been printed in Việt Nam since the 1960s, will also be displayed for visitors to grasp the legacy of Franz Kafka in Việt Nam.

Cinema lovers can enjoy various films and documentaries including Who Was Kafka? (Switzerland), Joseph Kilian (Czech Republic), The Castle (Germany and Austria) and The Trial (France, Germany and Italy).

Buy something for Kafka: Kafka’s Corners with souvenirs and books available at a discount are arranged in more than 20 cultural spaces in Hà Nội. — VNS Photo Minh Thu

Writer Kafka was born in Prague in the Czech Republic, in a German-speaking Jewish family. He wrote mostly in German. He travelled through many European countries, including Austria, France, Germany, Switzerland and Italy. Many of his famous works were inspired by and written during his journeys.

“His works present a vision that was ahead of his time in their content and artistic style,” said Grepl. “Therefore his legacy is an inestimable treasure for our people that we will continuously admire and try to discover.”

Kafka is widely studied across the world. In literature, he is regarded as a critical influence on postmodern writers. But his work also contributed to many other literary schools and later philosophies such as irrationalism, magical realism and existentialism.

The screening of the film Who Was Kafka?, which recreates the life of the author through stories and memories from his relatives, including his best friend Max Brod, fiancé Felice Bauer and lover Milena Jesenska, will be attended by Swiss Ambassador Beatrice Maser Mallor. She will share with audiences the importance of Kafka’s legacy to humanity in general as well as to the people of Switzerland in particular – a country he loved and visited many times.

An international conference entitled Perceptions of Kafka in Asia, Particularly in Việt Nam will gather many Vietnamese and foreign experts at the Hà Nội University of Social Sciences and Humanities on April 14.

Another seminar, Franz Kafka - Life And Legacy will analyse Kafka’s Letter to His Father, a literary masterpiece, and an important document often used by researchers to explore the relationship between him and his father, which is often believed to have had a strong influence on his motivation to write. 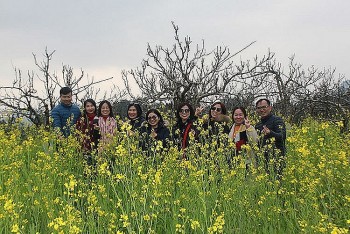