Finland and Russia will have their match at Saint Petersburg on Wednesday afternoon, in the second round of Euro 2020 Group. In the article below, we update the preview, predictions, team news, betting tips and odds of this upcoming match.
Charlotte Pho
June 15, 2021 | 16:30

Finland and Russia go head to head in the second round of Euro 2020 Group B fixtures in Saint Petersburg on Wednesday afternoon.

The match will be held at Krestovsky Stadium in Saint Petersburg, Russia.

As historic as Finland's opening-day Euros victory over Denmark was, the scoreline in the top left-hand corner paled into insignificance while the footballing world anxiously awaited updates on Christian Eriksen's condition following the playmaker's cardiac arrest in the first half.

The controversially broadcast images of Eriksen's partner being consoled by Simon Kjaer and Kasper Schmeichel told the story better than any journalist or report could, but upon hearing the reassuring news that the Inter Milan star was awake and stable in hospital, both sets of players elected to continue on Saturday evening.

No goals had been scored before the day's horrific events unfolded, but Finland - appearing at their first-ever game at a major tournament - came up trumps thanks to Joel Pohjanpalo's header, while goalkeeper Lukas Hradecky played his part after keeping out Pierre-Emile Hojbjerg's tame penalty.

The decision to continue the game was met with widespread criticism - despite UEFA's insistence that Denmark and Finland's players asked to resume action - but having ultimately come up trumps on the day, Kanerva's men have quickly risen to second spot in Group B.

A 10th-minute opener from Romelu Lukaku - accompanied by a fitting tribute to his Nerazzurri teammate Eriksen - set the tone for Russia's clash with Belgium early on, as Stanislav Cherchesov's side were no match for the world's number-one ranked nation during their opening clash.

Furthermore, Russia have claimed four victories from four encounters with Finland as an independent nation - during which time they have scored 15 goals - and Finland manager Kanerva participated in a 6-0 defeat for the Huuhkajat back in 1995.

The two sides have faced each other four times since 1995, with Russia winning all four of their meetings prior to this Euro 2020 fixture.

The last time the sides met was in a World Cup qualifier back in 2009. Finland lost the game 3-0, with Russian striker Alexander Kerzhakov scoring a brace.

Finland’s players are bound to have been impacted by the events in Copenhagen, where football quickly became very unimportant.

It would be completely understandable if their minds and preparations weren’t quite right for this contest.

Russia, meanwhile, were dismal against an albeit very strong Belgium team, with huge improvements needed if they are to harbour realistic hopes of reaching the knockout stages.

Finland are bound to be buoyed by their victory over Denmark in their very first major tournament game. Even a draw against Russia would put Finland in with a great chance of qualifying for the knockout stage, against all the odds. Finland have avoided defeat in three of their last six matches but have only won once during that period, which is why we couldn't back an outright victory and favoured a double chance bet. Russia have drawn one and lost two of their last four fixtures and really didn't seem to show up against Belgium in their first group game, according to Footballwhispers.

Both teams have scored in three of Finland's last six international matches and they could easily have conceded a goal against Denmark, had it not been for the Dane's poor finishing. Four of Russia's last six matches have also ended with both teams getting on the scoreboard and they did show signs of their attacking ability towards the end of the game against Belgium.

Russia know they need to put in a much better performance but Finland can afford to draw this game and are likely to setup as they did against Denmark with five in midfield, in order to nullify their opponents. Russia are likely to do more of the pushing in this game and will be dangerous from set-pieces due to the extra height they have in their squad but we believe Finland will be the happier of the two sides if this game ends in a 1-1 draw as predicted. 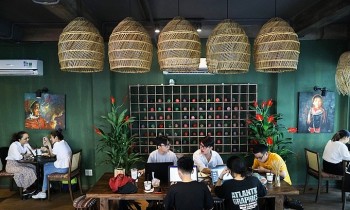 Vietnam and China will kick off against each other in the final round of World Cup 2022 at 0am on October 8 (Vietnam time), which many football lovers await for the match. It will be played behind closed doors due to COVID-19, according to Sharjah stadium's managing board.
October 07, 2021 | 13:11