Vietnam has played an active role at the UN Security Council (UNSC) and successfully performed tasks in its capacity as rotating President of the council, said Ambassador T.S Tirumurti, permanent representative of India to the UN.
Rosy Huong
huongthhd@gmail.com December 31, 2021 | 08:11

Talking to the media in New York recently on the occasion of the country ending its working term as a non-permanent member of the UNSC, the Indian diplomat said over the past two years, Vietnam prioritised a number of important issues.

This can be seen through the promotion of the resolution on protection of civilian infrastructure in armed conflicts, he was cited by VOV.

Furthermore, the nation also issued a presidential statement regarding the important matter of bomb and mine issues, especially in cases when terrorist forces target peacekeeping force, he underlined.

Both India and Vietnam have strived for closer co-ordination at all levels, especially this year, he said, adding that both had worked together to reach agreements on the contents of many important documents, such as resolutions and presidential statements.

Leaders of both sides therefore showed their enthusiasm for co-operation when discussing important issues in the UNSC agenda, he added.

Ambassador T.S Tirumurti noted that India has become involved in open discussions hosted by the Vietnamese side on the partnership between the UN and regional organisations. During this time India found that the country, as an ASEAN member, brought many important views to the discussion, especially on the Myanmar issue.

As a result of this competent and concise work at the council, India backs all initiatives put forward by Vietnam at the UNSC, he added

Regarding challenges facing the UNSC moving into next year, the Indian diplomat noted that the council will have plenty of work to do in 2022, especially when urgent problems such as COVID-19 remain, along with increased conflicts in the world and the expanding threat of terrorism.

Furthermore, Ambassador Abdou Abarry, permanent representative of Niger to the UN, has also hailed the nation’s contributions to the UNSC as a non-permanent member of the council for the 2020 to 2021 tenure.

In a recent media interview conducted in New York, Ambassador Abarry stated that Vietnam took on the position of the rotating presidency of the UNSC in the first month of its tenure, with other members able to learn the country's experience in the role moving forward.

Most notably, the open debate session initiated by the Vietnamese side on multilateral co-operation drew the attention and participation of hundreds of countries, he said.

Discussing issues relating to humanitarian crises in Afghanistan, Syria, and Libya, the diplomat said, "we all heard the voice of Vietnam," adding that the country also raised its voice on fundamental and urgent issues such as rising sea levels.

The Ambassador added that Niger received great support from the Vietnamese side when it initiated the matter on the connection between climate change and security, along with proposing approval for a resolution on the issue in December when Niger holds the rotating presidency of the UNSC.

He was therefore appreciative of the country’s strong voice in urgent situations over the past two years at the UNSC, adding that Niger was also supported by Vietnam in discussions on regional mechanisms, especially the ongoing situation in Myanmar. The nation has therefore proposed that the council should not make any immediate decisions on the Myanmar issue before listening to opinions from other Southeast Asian countries.

He went on to praise Vietnamese initiatives on strengthening co-operation between UN agencies and regional organisations such as the African Union (AU) and ASEAN.

The diplomat also expressed his confidence that when the five non-permanent members, including Vietnam, end their term at the UNSC, they will leave positive impressions. As a result, African countries thanked Vietnam for its support in decision making related to issues on Africa, he added.

Earlier, UK Permanent Representative to the UN, Ambassador Barbara Woodward, said in an interview granted to the Vietnam News Agency’s correspondents at the UN that Vietnam has made valuable contributions as a non-permanent member of the UNSC.

The UK diplomat said 2021 has been a year of big transnational challenges, such as COVID-19, climate change, and conflicts in Myanmar, Sudan or Afghanistan, which resulted in a very heavy agenda for the Security Council.

According to her, the strength of the Security Council is that it brings a variety of perspectives and members try and reach agreement through views that they share and through their differences. “And in all of these crises, I think we have managed to come together, working very, very closely with Vietnam,” Woodward said.

Asked about the role of non-permanent members (E10), particularly Vietnam in addressing the issues, the UK diplomat said the council relies on the E10 as completely full members of the Security Council. The division of labour and the burden of responsibility falls very evenly across the E10, she said.

Woodward said she wanted to pay tribute to Vietnam, because the country has worked on issues which are important, but often underlying so looking at the role of women in peace and security work, protecting civilians who are threatened by conflict or taking action against mines and land mines. She added that all of those issues are integral to global peace and security, so they are really valuable contribution from Vietnam as a member of the E10.

The ambassador went on to say that it has been a pleasure and a privilege to work with Vietnam on the Security Council, adding that the really good news is that Vietnam will continue to work on these important issues in the General Assembly and in the many UN committees./. 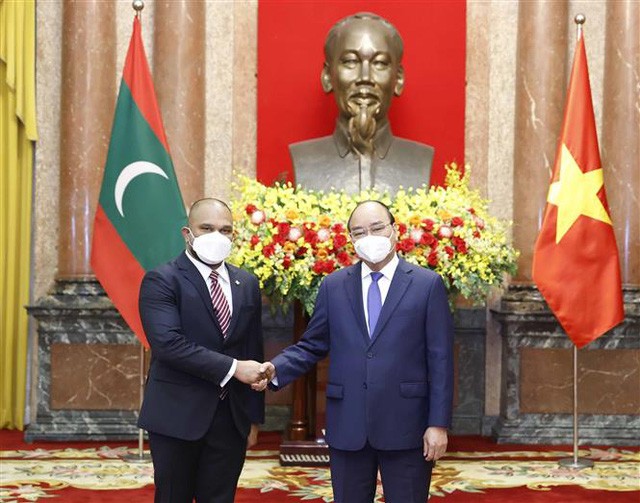