Since the establishment of their diplomatic relations, Vietnam and Austria have maintained and promoted cooperation in many fields, especially investment, science, and technology, and human resources.
Valerie Mai
mnghonganh@gmail.com October 14, 2021 | 07:40

In his opening remarks, Vietnam Ambassador to Austria, permanent representative of Vietnam to international organizations in Vienna Nguyen Trung Kien said that 2021 marked many important events in Vietnam - Austria's relations such as the 150th anniversary of the first appointment of Austrian Honorary Consul in Vietnam and the 30th anniversary of the establishment of Vietnam Embassy to Austria.

The ambassador expressed his pleasure that the relations between the two countries had always been consolidated and developed, despite the pandemic. That development is showed through official activities of high-level leaders of the two countries such as National Assembly Chairwoman Vuong Dinh Hue attended the fifth World Conference of Speakers of Parliament (WCSP5) in Vienna on September 5-8, Prime Minister Pham Minh Chinh held a phone talk with Austrian Prime Minister Sebastian Kurz on September 16, President Nguyen Xuan Phuc had a meeting with Austrian President Alexander Van der Bellen on the sidelines of the 76th High-level General Debate of the United Nations General Assembly on September 23.

Ambassador Nguyen Trung Kien thanked the Austrian government and friends for supporting the Vietnam Embassy in promoting the Vietnam-Austria friendship and cooperation and hoped to continue to receive the cooperation of the Republic of Austria in the coming time, especially when the two countries are heading forward to the 50th anniversary of the diplomatic relations (1972-2022).

Regarding multilateral diplomacy, the ambassador said that Vietnam was an active member of international and regional cooperation mechanisms such as the United Nations, ASEAN, and always played an active role in multilateral cooperation with the specialized agencies of the UN in Vienna, the International Atomic Energy Agency (IAEA), the Comprehensive Nuclear-Test-Ban Treaty Organization (CTBTO) and the UN Industrial Development Organization (UNIDO).

Vietnam was unanimously elected by IAEA member countries to the Board of Governors, the IAEA's decision-making mechanism, for the 2021-2023 term in September 2021. Ambassador Kien affirmed that in this position, Vietnam would cooperate more closely with the IAEA to apply nuclear technology for peaceful purposes, to achieve sustainable development goals, contributing to solving global problems.

Austrian Ambassador Enno Drofenik, Director of Protocol Department, Austrian Ministry of Foreign Affairs highly appreciated the cooperation between Vietnam and Austria over the past time. He congratulated the two countries on successfully holding many important events such as the Business Forum on Vuong Dinh Hue's visit to Austria in September 2021, contributing to promoting economic and trade relations. Ambassador Drofenik affirmed that the Austrian Ministry of Foreign Affairs and agencies would continue to accompany the Vietnam Embassy in promoting bilateral relations towards the 50th anniversary of diplomatic relations.

On this occasion, Najat Mokhtar, Deputy Director-General of the IAEA, said that Vietnam was an important partner of the IAEA in the Asia-Pacificregion and a bright spot in the process of applying nuclear technology for peaceful purposes. She hoped that Vietnam would continue to coordinate with the organization and play a coordinating role in the region in implementing cooperation projects, especially the NUclear TEChnology for Controlling Plastic Pollution (NUTEC Plastic).

Also to celebrate the Vietnamese national day, the Embassy introduced the "The circular economy model in coffee production in Vietnam" with the cooperation of Minh Tien coffee company, which is a modern, closed production model from farming to creating raw coffee materials. Waste will be transferred into bio-fertilizer, aiming to reduce waste, especially plastic waste. Environmental issue is one of the keys focuses in Vietnamese and Austrian development policies and is considered by many international organizations in Vienna as the mainstay of their activities.

Vietnam and Austria established diplomatic relations in 1972. Since then, the two countries have maintained and promoted cooperation in many fields, especially in investment, science, and technology, and human resources. The two countries regularly coordinate and support each other at international forums and organizations. 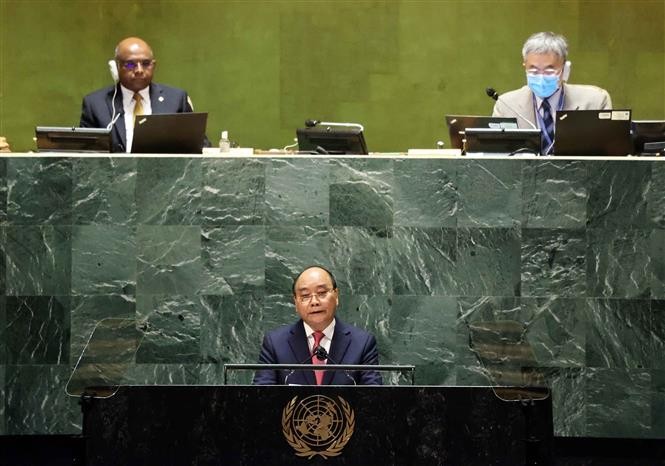 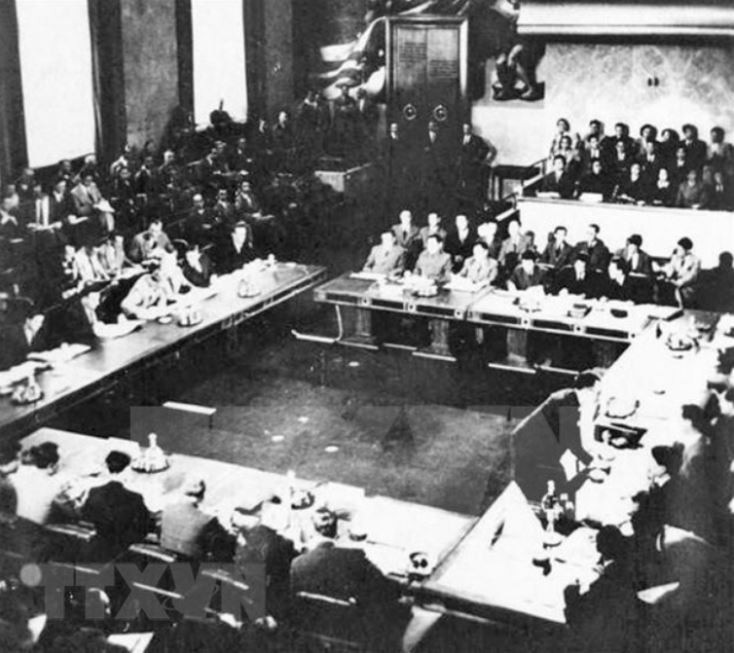 The diplomatic sector has made great contributions to the cause of national defense, construction, and development throughout the country’s history over the past more than seven decades.
August 30, 2021 | 09:28