The gift, which worths VND 3,4 billion (US$ 148,000), shows the empathy of Buddhist practitioners in Ho Chi Minh City to the Indians amid the pandemic.

On the afternoon of May 28, at India Embassy in Hanoi, Ho Chi Minh City Buddhist Sangha presented 33 ventilators that worth VND 3,4 billion (US$ 148,000) to the Indian people.

Thich Nhat Tu said: "33 ventilators that worth VND 3,4 billion are too small to compare to the serious Covid-19 pandemic situation in India. However, the gift shows special affection and empathy of Buddhist practitioners toward the medical crisis in India, contributing to reduce suffering and protect the lives of the Indian people during the war against the current Covid-19 pandemic”.

Previously, on May 12, 2021, the Central Committee of the Vietnam Buddhist Sangha also held a ceremony to donate medical supplies to the Indians. The gift includes 100 ventilators and 50 oxygen generators that worth nearly VND 14 billion (US$ 608,700).

On behalf of the Indian people, ambassador Pranay Verma thanked the Vietnam Buddhist Sangha, and the Ho Chi Minh City Buddhist Sangha. He said that the support represented solidarity, friendship, and sharing between the people of the two countries and was a great encouragement to the Indian forces in the fight against the pandemic.

He said that India appreciated and would effectively use the ventilators that the Ho Chi Minh City Buddhist Sangha sent to support the pandemic prevention and control. 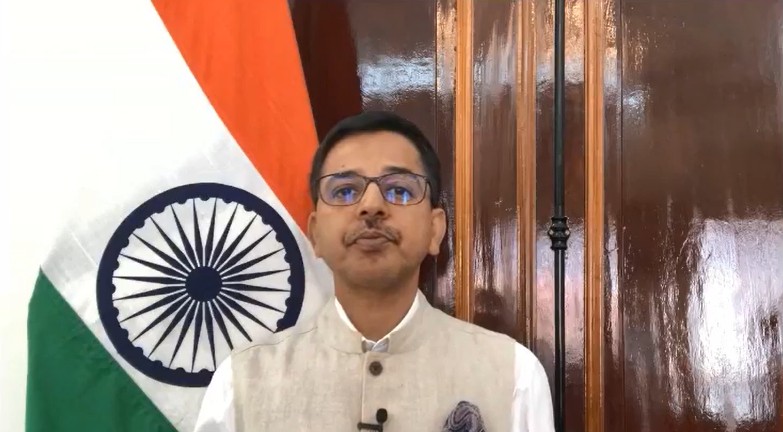