On the evening of Mar. 4, Spraying Board Vietnam, the first ever exhibition on skateboard art in the country, has opened in HCM City.

Organised by the French Institute in HCM City and Superposition, an association for the promotion of urban cultures in Lyon, France, the event aims to bring the skateboard culture and urban art to local connoisseurs.

It has also showcased works of 4 Vietnamese artists, Amm Banhmi, VuiQá, Cresk, and Daes, who will take part in an art residency at Superposition in Lyon in June.

The French Institute is a cultural, educational and cooperative agency under the French Embassy in Vietnam. Over the years, the French Institute has organized many art programs, promoting cultural exchanges between the two countries. The opening ceremony included live art presentation of Vietnamese-French artist Bouda and skating performances by Vietnamese artists.

40 skateboards have been transformed into unique works of art by 4 Vietnamese and 6 French artists. They use brand new skateboards covered with white, curved surfaces, uncommon materials, narrow and long... to create new and unique works.

Let's get to know the artists featured in the exhibition!

BABS, born in 1975, has been very interested in comics and graffiti since young age.

At the age of 11, he began to explore the streets of his hometown, Vitry-sur-Seine, and the surrounding suburbs in the south of Paris.

As a self-taught artist, he is known as the face of the French “wildstyle” - a style of graffiti drawing with stylized, interlocking and blocky letters.

Bouda, 28, was born in HCM City and now lives and works as an artist, illustrator and painter of murals in Paris. Her creations revolve around urban life and are inspired by the lifestyles and cultural diversity of countries she has visited.

Bouda - a French-Vietnamese painter (born in 1994) specializing in mural painting and illustration in Paris.

Passionate about visual arts and comics from an early age, she developed a liberal and direct style, with sharp black outlines. Bouda paintings are especially inspired by the abundant energy of big city life.

Color is the major element in her work. Urban themes are hallmarks of Bouda's paintings, and characters with rounded strokes and distinctive faces are hightlighted.

Bambi Bakbi, who resides in the Superposition gallery, Lyon (France). He used to be a b-boy dancer, so hip-hop culture occupies an important place in his later art.

The world of Bambi Bakbi is a mixture of extremely rich experiences, which are constantly being built up. In 2020, he made a solo exhibition in Lyon - about the rich world of plants and tropical creatures.

After studying art in France and Spain, he moved to Lyon and created a new playground. He made a big splash when he painted portraits on the walls. Those are the characters that evoke emotions and inspire the public. Don Mateo's drawings show many vibrations, surprise and create a new light. The portraits straddle the boundaries of painting and sculpture, helping him create and share new perspectives on the city.

The Canadian-born artist Le Monstr specializes in illustrations. This artist is always looking for ways to show the stoppage of time. Through the images expressed in the works, he separates the subject from the daily urban rhythm of life.

Amm Banhmi is often inspired by Japanese manga, animation and even manga. Currently, she is experimenting with organic painting materials such as oil pastels, acrylic paints and focusing on female characters.

Vietnamese artist VuiQá (Dinh Nhat Khang) currently practices visual arts and is an illustrator. He came to graffiti in 2017, and has always considered composing an important part of his life and artistic activities.

Cresk (Nguyen Tan Luc) is the co-founder of the "Graffiti Wallovers" group and just graduated from Ho Chi Minh City University of Fine Arts in 2020. He is known in the Vietnamese graffiti community for his works that express unique and colorful ideas. strong contrast.

Tan Luc believes that graffiti is a peaceful refuge amidst the chaos of life, in contrast to the wild nature of street art. Besides reflecting realistically on life and honoring traditional Vietnamese culture, he always integrates positive messages into his works.

In 2021, Tan Luc won the second prize in the competition "Vietnam Urban Arts - JAM", organized by the French Institute in Vietnam.

Daes (Luu Doan Duy Linh) first learned about graffiti in 2013. This art quickly became a great passion for him, even though he was studying Biotechnology at the time. 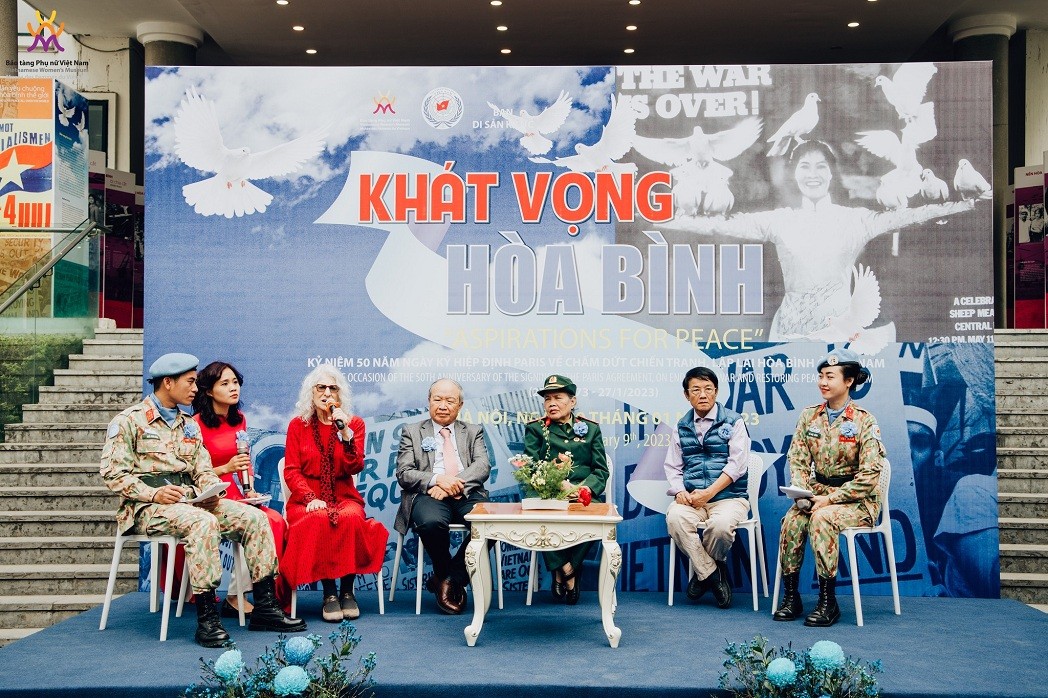 An event was held in Hanoi in celebration of the 50th anniversary of the signing of the Paris Agreement on ending the war and restoring peace in Vietnam (Paris Peace Accords).
January 11, 2023 | 08:59 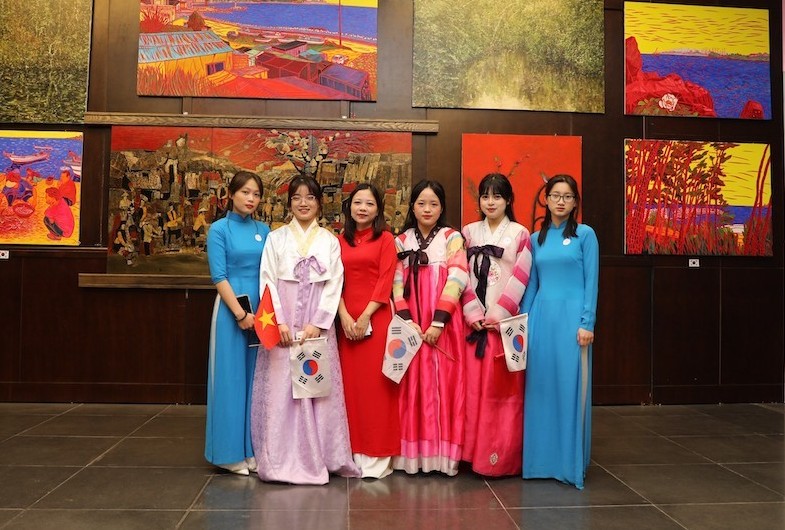 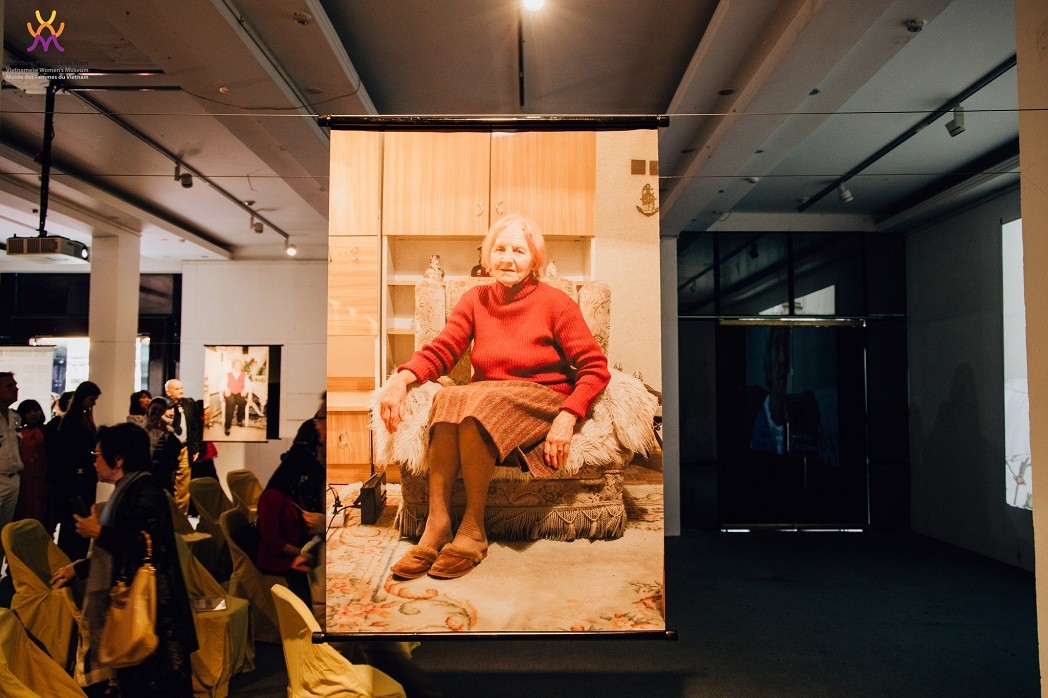 This exhibition, within the framework of activities to celebrate the 50th anniversary of Vietnam-France diplomatic relations, brings us back to the memories of the past through the introduction of a series of photos evoking the memories of women who lived through the everyday lives of the Second World War.
December 16, 2022 | 09:00