Mac mat, a popular fruit in northern Vietnam with a tangy, sweet and refreshing taste, is treasured by the Tay ethnic minority group, elevating the flavors of a wide variety of dishes.
Sophie Tran
sophie.tran73@gmail.com September 11, 2021 | 22:51

Mac mat (Clausena Indica), or wild Wampi, is a fruit tree distributed in the northern mountainous region of Vietnam, most commonly in Son La, Lang Son and Bac Kan provinces. Both the fruits and the leaves are indispensable ingredients for a number of special dishes made by the Tay and Nung ethnic minority groups. They are rich in Vitamin C, protein, iron and calcium and help to protect the liver and boost the digestive system.

The Mac mat season is relatively short, usually starting at the end of June or early July. Mac mat grows on high or rocky mountains, mostly where the Tay ethnic minority groups reside. Fresh Mac mat has a distinctive aroma and a refreshing, slightly tangy and sweet taste. Mac mat can be eaten as is, pickled with bamboo shoot, or used as a condiment and seasoning to marinate grilled meat and make sausage, roasted pork, grilled chicken or braised pork. Lang Son province’s iconic roasted pork, roasted duck and pickled bamboo shoots with chili are all prepared using Mac mat.

It takes 3 – 4 days for the Mac mat to be dried under the sun. To make sure that the fruit is completely dried, locals often expose it to the sun several times. Mac mat is treasured by locals as it bears fruits only once a year and with limited quantity. Dried Mac mat has an aromatic, tangy and sweet flavor.

To marinate food with Mac mat, locals pound the dried fruit, including the seeds, finely, then mix it with pork, chicken or duck, add salt and pepper for several hours before roasting, grilling, sauteing, making soup or braising the dish. The tanginess and sweetness of the dried flesh and the nuttiness of the seeds complement the richness of the protein.

To fry pork shoulder blade with Mac mat, they first cut the pork into bite-size pieces, then mix the Mac mat seeds, molasses or brown sugar with the pork until the meat is soft and the fat crisped up before marinating the mixture with minced dried Mac mat and salt. Next, they clean the seasonings stuck on the meat before stirring it evenly over a hot pan. When some moisture evaporates from the meat and the pieces turn golden brown at the edges, locals put the marinating liquid and Mac mat leaves into the pan and continue stirring for some more minutes.

The final product has soft, flavorful meat, crunchy Mac mat leaves and a mesmerizing aroma. The best way to enjoy fried pork shoulder blade with Mac mat is to make sure each bite has a piece of the pork shoulder blade, Mac mat leaves and seeds. The unique taste of dishes made with Mac mat is such that not even chicken stir-fried with ginger and galangal can compete against it.

The Mac mat season in July is a good time to make pan-seared duck with Mac mat fruits and leaves. First, locals marinate the duck thigh with dried Mac mat fruits, with crushed Mac mat leaves, sugar, salt and pepper for about half a day. Next, they turn the stove on to a high temperature, remove the leaves and put seasonings on the thigh. The duck skin is pan-seared first until golden brown and the fat oozing out then the meat on the other side. At this point, they turn the heat down, close the pan with a lid until the meat is cooked through, before pouring the marinating mixture in. The dish is characterized by its crunchy, golden-brown skin and soft, aromatic meat.

Can Tho is a lovely place to spend your holiday in, with clear crystal sky, fluffy clouds and wonderful spots to see and visit. Here is some of the best things to do in Can Tho.
23:40 | 20/09/2021 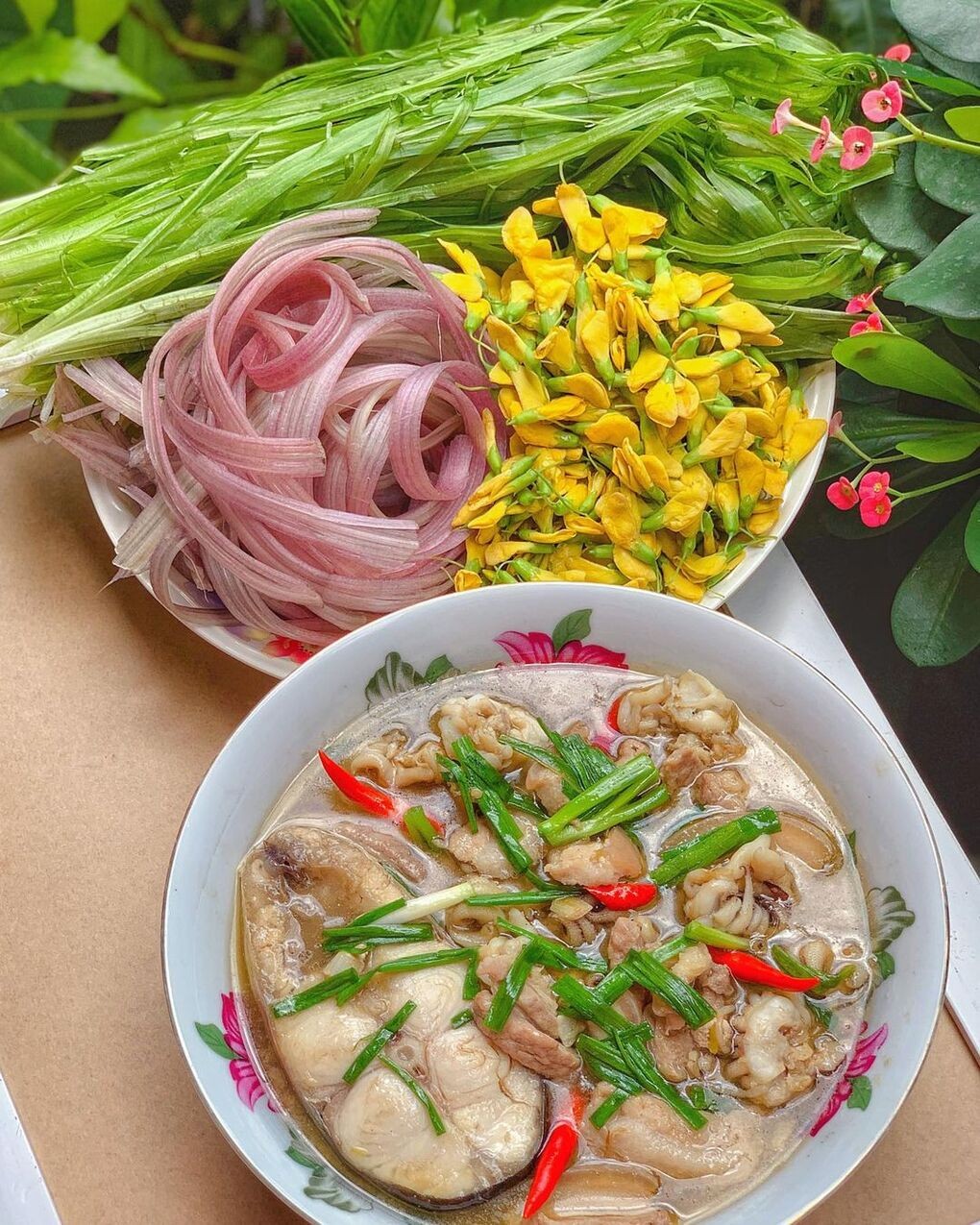 Three Specialties Used to be Seen as Weeds in Southern Vietnam

Bulrush, water chestnut and tape grass are three special ingredients in southern Vietnam that used to be considered wild plants. Now, to have a taste of the dishes made with these ingredients, tourists must wait until the rainy season.
September 06, 2021 | 15:46 8 Fermented Dishes Not Made from Fish in Vietnam

Fish sauce, or nuoc mam, is a key feature in Vietnamese cuisine, giving depth and flavors to many Vietnamese meals. However, Vietnamese does not use only anchovies to make fermented dishes.
August 31, 2021 | 16:54