Held from February 17-19, the championship brought together martial artists from many cities and provinces across the country. Vietnamese Ambassador to Algeria Nguyen Thanh Vinh handed over prizes to the most outstanding martial artists.

President of the Federation of Vietnamese Traditional Martial Arts in Algeria (FAVV) Rabie Aït Medjber said the tournament is intended to select a team representing Algeria to compete at the international championship of traditional martials arts, slated for July 16-21.

Following the tournament of Son Long Quyen Thuat, national championships for others like Thanh Long Vo Dao, Quan Khi Dao and Van Lang Vo Dao will also be held to select the best teams for the international event.

Vinh said after more than two years of suspension due to the Covid-19 pandemic, the national championship has been resumed.

He highlighted Algeria’s thorough preparations to select the best teams for the upcoming international championship.

Son Long Quyen was introduced in Algeria in 1973, and there are around 10,000 Algerian young people trained at some 140 clubs in 19 cities and provinces, including six major centres in Tizi-Ouzou, Alger, El Oued, Bouira an Boumerdès et Batna.

Vovinam (Viet Vo Dao) is also a popular martial arts among Algerians, which was introduced to Algeria in the 1970s, and is now followed by over 20,000 people across the country.

It is practised in more than 60 countries and territories, with millions of learners at thousands of clubs.

Vovinam is practiced with and without weapons, under the principle of combining ‘hard’ and ‘soft’. It is not only about the training the body, but also the mind./.

The final round of the 6th Vovinam-Viet Vo Dao World Championship, which featured approximately 500 masters and pupils from 15 nations in Europe, America, Africa, and Vietnam, was held on the evening of July 23 in Paris after three days of thrilling action.
July 26, 2022 | 12:22 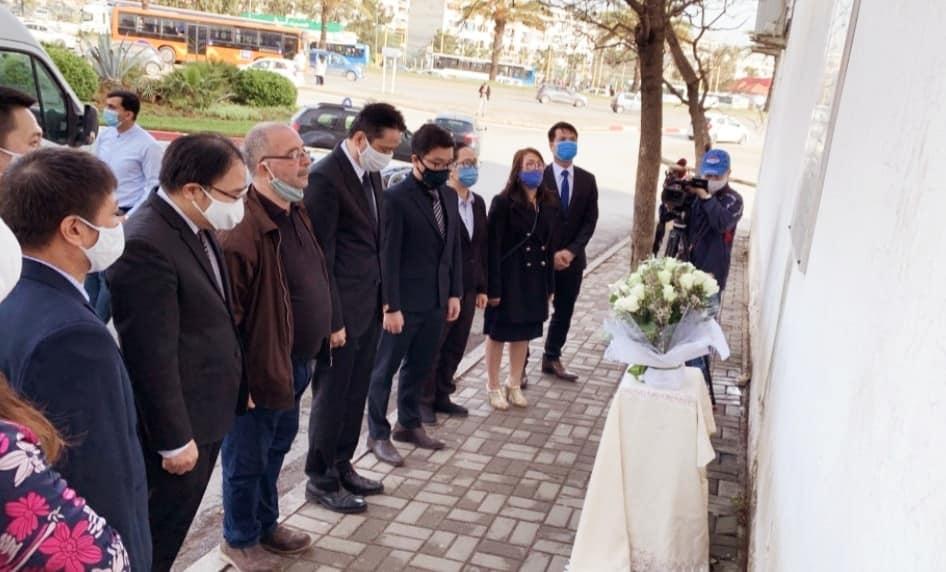 Vietnamese Ambassador to Algeria Nguyen Thanh Vinh and representatives of other Vietnamese agencies in the country recently paid floral tribute to 15 Algerian journalists and technicians who died in a plane crash in Vietnam in 1974.
March 11, 2021 | 07:51