The death of a pregnant wild elephant, which was suspected to have been fatally injured after eating fruit stuffed with firecrackers, has stirred public outrage worldwide as authorities investigate the incident.

No arrest after a week of the heart-breaking incident

No arrests have been made a week after a pregnant elephant died in Kerala's Palakkad district, standing in a river, according to NDTV.

She had eaten a pineapple stuffed with crackers, allegedly placed by some locals. The death of the elephant and the trauma she went through has caused a huge outrage, with thousands calling for strong action against the perpetrators.

The police have launched a probe to catch the culprits and have filed a First Information Report against unknown persons. The incident came to light after a forest officer narrated the details of the horrific death on social media.

"Strict action will be taken against those who are responsible for killing the pregnant elephant. Theforestdepartment is probing the case and the culprits will be brought to book," Chief Minister Pinarayi Vijayan said.

Officials now suspect that the elephant ate the fruit either in the end of April or the beginning of May. "We don't know when the incident happened. But because of the starvation and shrinking of the elephant, we suspect that it would have happened around 20 days ago," forest officer Aashique Ali U told NDTV.

The wild elephant had left the forest of Silent Valley, meandering into a nearby village in search of food.

Pineapples with country-made crackers are usually used by locals to protect their fields against wild boars. According to forest officials, the elephant is suspected to have eaten one of the pineapples.

The fruit exploded in her mouth, leading to the inevitable tragedy.

Officials got to know about the elephant only on May 25, two days before she died.

The elephant eventually walked up to the Velliyar River and stood there. Photos showed the elephant standing in the river with her mouth and trunk in water, perhaps for some relief from the unbearable pain. Forest officer Mohan Krishnan, who narrated the details and shared the photos on Facebook, said she must have done this to avoid flies and other insects on her injuries.

The forest officials brought two captive elephants, who were called Surendran and Neelakanthan, to lead her out of the river.

After attempts by the officials to rescue the elephant, she died at 4 pm on May 27, standing in water.

The elephant was taken back inside the forest in a truck, where the forest officials cremated her.

On social media, netizens and artists have shared their apology as humans and pay tribute to the poor animal with a series of heart-breaking artworks, Boredpanda said.

"I think time has arrived. We Humans doesn't deserve this planet earth..", an account said on Twitter.

The outrage has spilled over beyond social media. The argument that the firecracker-stuffed pineapple was meant for wild boars has cut ice with no one. Supporters of animal rights have responded by saying that humans have no right to script death to other species. Online petitions seeking strictest punishment for animal abuse have been launched.' 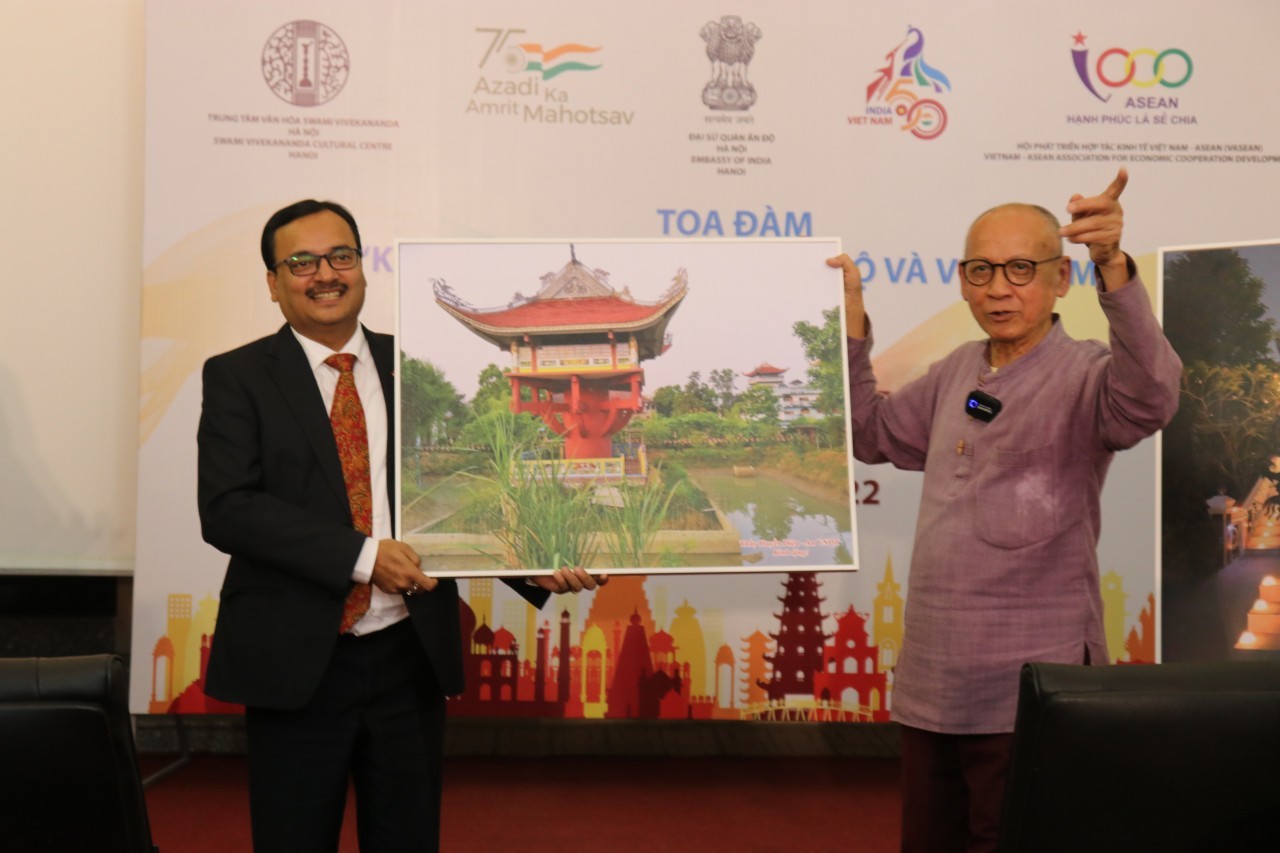 Cultural Exchange between India and Vietnam

On October 18, the Indian Embassy coordinated with the Vietnam-ASEAN Economic Cooperation Development Association (VASEAN) to organize a seminar themed "Cultural Exchanges between India and Vietnam".
October 21, 2022 | 09:13

The men’s 2022 FIFA World Cup is fast approaching. Kickoff in the opening match takes place on November 20, almost 12 years since the day Qatar was awarded hosting rights for the tournament. Here is what we can expect from this year's event.
November 21, 2022 | 23:07
Phiên bản di động