Authorities in Hanoi will be running communication campaigns and a series of cultural events to celebrate historical and political events this year. 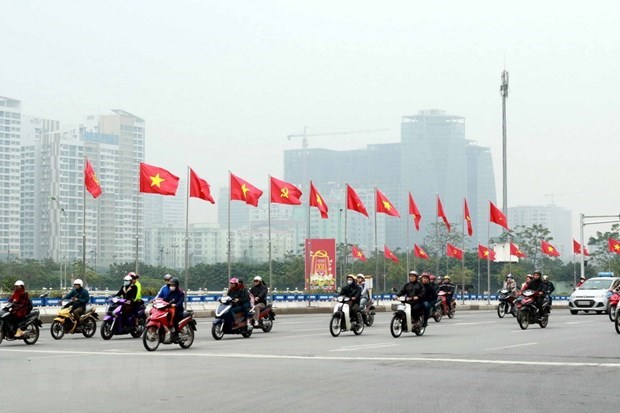 Posters and decorations will be put up along a number of main streets in the city centre, while the culture sector will organize film screenings, cultural programmes and art performances throughout the city.

Along with fireworks shows at 30 venues across the capital, cultural and sporting events will be also organised to welcome the Lunar New Year (Tet) festival which falls in the latter half of January, and celebrate the 90th founding anniversary of the Communist Party of Vietnam (CPV) on February 3.

A photo exhibition, dragon boat racing, a spring calligraphy festival, and a traditional wrestling contest will all be held during the Tet holiday.

The Ho Chi Minh City Television (HTV) Cycling Tournament, and the Formula 1 Vietnam Grand Prix 2020 will be held on the occasion of the 45th anniversary of the Liberation of South Vietnam.

Meanwhile, a national-level ceremony will be held at My Dinh National Convention Centre to mark the 130th birthday of President Ho Chi Minh.

To celebrate the 1010th anniversary of Thang Long-Hanoi this year, the city will host a wide range of cultural activities, especially in Hanoi’s Old Quarter and pedestrian streets.

Relevant department and sectors in the capital have been asked to enhance measures to ensure social security and order, traffic safety and environmental sanitation./.