The Lenin Prize of the Communist Party of the Soviet Union and the Communist Party of the Russian Federation, established in June 1925, is the most prestigious award presented to collectives and individuals with outstanding contributions to social activities, contributing to the promotion of justice, humanity and social progress; for the cause of protecting and realising the values of socialism.

General Secretary of the Communist Party of Vietnam Central Committee Nguyen Phu Trong has recently been honoured with this noble award. This is not only an individual pride but also an honour for the Party, State and people of Vietnam.

The ceremony to award the Lenin Prize to General Secretary Nguyen Phu Trong was solemnly held in a warm atmosphere of comrades and brothers at the Headquarters of the Communist Party of Vietnam. It is not only a very deep memory for the top leader of the Party, but also an important event, marking an additional milestone on the process of sustainable and faithful development in the time-honoured friendship between the two Communist Parties and the peoples of the two nations.

The Lenin Prize of the Communist Party of the Soviet Union and the Communist Party of the Russian Federation is the most prestigious award presented to collectives and individuals with outstanding contributions to social activities, contributing to the promotion of justice, humanity and social progress; for the cause of protecting and realising the values of socialism. This is also a reward for those who do research and practice work towards contributing to enriching the theory and practice of Marxism-Leninism.

The prize is awarded annually through the Resolution of the Presidium of the Central Committee of the Communist Party of the Russian Federation on the birthday of the great thinker, genius leader V.I. Lenin (April 22, 1870 - January 21, 1924). Leninism is a torch that lights the way for the struggle for peace, national independence, democracy, people's livelihood and social progress all over the world; and it was his thought that helped Leader Nguyen Ai Quoc find a way to fight for national and class liberation for the Vietnamese revolution.

Established nearly 100 years ago, but the number of collectives and individuals receiving the Award remain few. Some leaders were honoured in this noble list as comrades: L. Brezhnev, Chairman of the Presidium of the Supreme Soviet of the USSR in 1973; Fidel Castro, President of Cuba, First Secretary of the Central Committee of the Communist Party of Cuba in 1961, etc. In Vietnam, the Prize was presented to Party General Secretary Le Duan in 1980 and National Assembly Chairman Nguyen Huu Tho in 1985.

It is very meaningful that our Russian friends have intentionally chosen April 14, 2020, the 76th birthday anniversary of General Secretary Nguyen Phu Trong to pass the Resolution on awarding the Prize for five collectives and individuals, on the occasion of the 150th anniversary of Lenin’s birth anniversary. For General Secretary Nguyen Phu Trong, the Resolution stated: “There have been great personal contributions to the practice of building socialism and developing the communist movement in the current period; many years of research and application of Marxism-Leninism; scientific research on current issues of socialism when he was the Editor-in-Chief of the Communist Review and President of the Theoretical Council of the Central Committee of the Communist Party of Vietnam; as well as made constant efforts to strengthen the friendship and brotherhood between the peoples of Vietnam and the Russian Federation”.

The assessment about General Secretary Nguyen Phu Trong of the Communist Party of the Russian Federation in the above resolution was recognised by the Party, State and people and considered very worthy. Despite his age, the General Secretary is still wholeheartedly devoted to his work, for the common good of the Party and the people, in any position. Especially since being elected as the Party General Secretary, until now for the third term, he has made many important contributions to creating a solid foundation for each step of the country's comprehensive and sustainable development.

Under the frequent and drastic direction of the General Secretary, the Party building and rectification work has made the results, which have gained people's pleasure and the respect from international friends. The people's trust towards the Party has been increasingly consolidated and developed sustainably. After 35 years of Doi Moi (Renewal), the document of the 13th National Party Congress stated that “Our country has never enjoyed such fortune, power, international standing and prestige as it does today”. Appreciating the role of the head, on social media and newspapers in recent years, there have been many articles by people from all over the country expressing their respect and admiration for the General Secretary as the “Commander of the People’s Heart”, a leader who is close, simple, pure, incorruptible, does not care about fame, and wholeheartedly devoted himself for the common cause of the Party and the nation.

The country has been developing in a comprehensive manner, Vietnam’s position in the international arena has been increasingly enhanced, spreading the belief about socialism in many countries and regions. Therefore, the Resolution of the Communist Party of the Russian Federation affirmed that the General Secretary has “great personal contributions to the practice of building socialism and developing the communist movement in the current period”.

As a leader with a heart and vision, Party General Secretary Nguyen Phu Trong not only joins the whole Party and people, step by step, to realise the ideal of socialism in a poor and backward country that is increasingly developing comprehensively, in terms of economy, politics and society, but also has many elaborate and excellent research works, making practical contributions to supplementing, developing and enriching the theory of and path to socialism. That is the result, the efforts over decades of extensive theoretical research, practical summaries and directly leading the country to continue the renewal process, to satisfactorily answer the problems posed with comprehensive and profound new thinking and visions. The articles written by the Party chief have truly inspired strong belief in socialism.

When the article entitled “Some theoretical and practical issues about socialism and the path to socialism in Vietnam” was published in mid-May 2021, there were hundreds of articles written by researchers and officials both at home and abroad, and Vietnamese people throughout all regions of the country. The General Secretary's article is considered as scientific research work, rich in theory and practice, very meaningful the current period. The article has helped readers to better understand the path Vietnam is taking and the destination Vietnam will reach.

Many authors believe that the article “is considered a textbook of high scientific value, orienting the activities of thinkers, theorists, revolutionary soldiers, cadres and party members of the socialist countries”; “contributing to enriching the theoretical treasures of Marxism-Leninism and Ho Chi Minh Thought on national independence, associated with socialism”; and is “valued as a reference for countries in the transition to socialism as well as for theoretical and practical research”, etc.

For the Communist Party, State and people of the Russian Federation, today as well as the former Soviet Union, General Secretary Nguyen Phu Trong has many deep memories from his trainee days and defended his Associate PhD thesis (now PhD thesis) at the Party Building Department of the Academy of Social Sciences of the Soviet Union (September 1981 - July 1983). He also made many contributions to consolidating and enhancing the time-honoured fine friendship between the two communist parties and the people of the two countries.

When he served as Chairman of the National Assembly, comrade Nguyen Phu Trong made many official visits to this great and hospitable country. In recent years, when holding face-to-face talks or phone calls with President V. Putin, the two leaders have cordial exchanges to promote the comprehensive strategic partnership between the two nations to a new height, for the development of each country and the social progress of mankind.

On the occasion of his 76th birthday, the Party General Secretary was wholeheartedly working with the Party Central Committee and the entire political system to fight the COVID-19 pandemic, putting people's health and lives first and above all; as well as focusing on drastically directing the implementation and turning the Resolution of the 13th National Party Congress into a vivid reality. He had never thought to receive such a great honour. It is a prize worthy of the love and faith between the two communist parties and the people of Vietnam and the Russian Federation for the General Secretary. 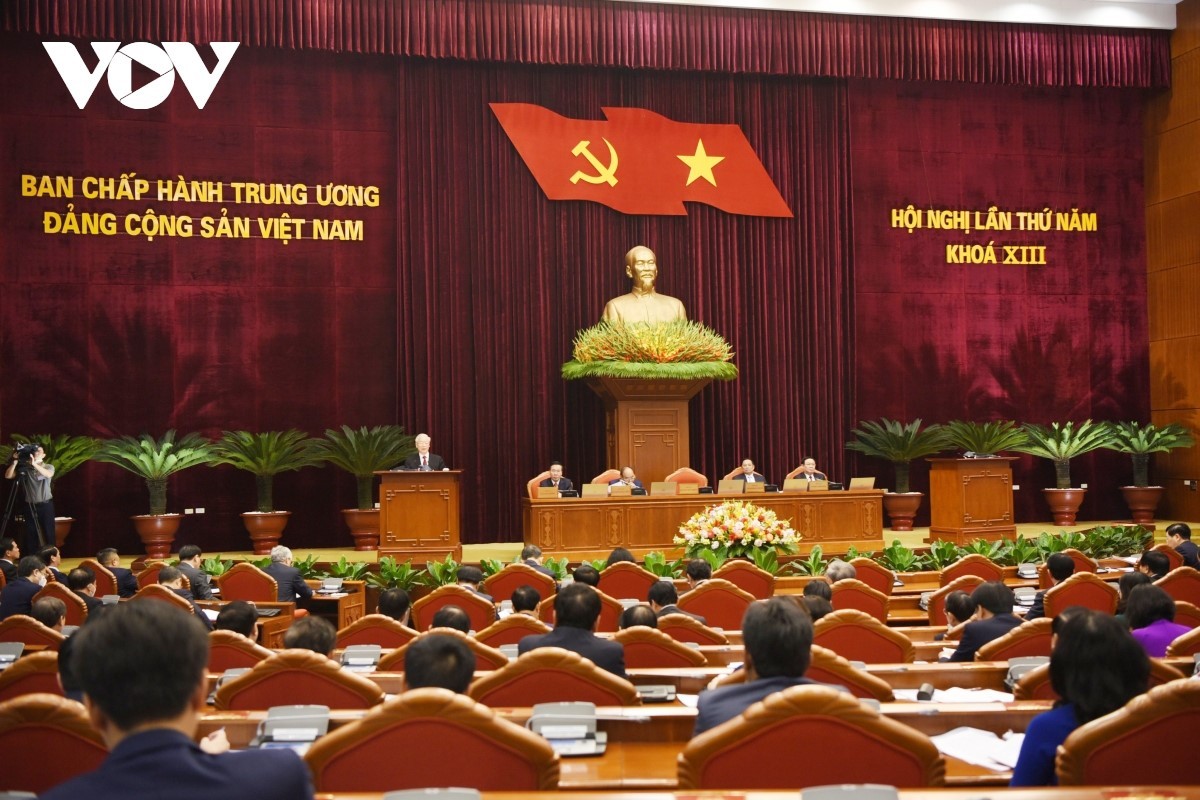