In May 2019, Fernández announced his candidacy for president for the 2019 election. He won the election beating incumbent Mauricio Macri.
Valerie Mai
mnghonganh@gmail.com September 27, 2021 | 02:23

Alberto Fernandez assumed the presidency of Argentina in 2019, returning the country to the ranks of left-leaning nations at a moment of a right-wing resurgence in the Western Hemisphere, according to VOA.

Born in Buenos Aires on April 2, 1959, Alberto Fernández entered politics in the early 1980s towards the end of the last dictatorship. He finished studying law around the same time at the University of Buenos Aires.

Fernández grew up in a prominent family in Buenos Aires. His stepfather, Carlos Pelagio Galíndez, was a federal judge, and his step-grandfather, Manuel Galíndez, served in the Senate of La Rioja province. After attending Mariano Moreno High School, Fernández studied at the law school of the University of Buenos Aires, attaining his law degree in 1983. Soon after his graduation, he began teaching at the law school, a pursuit he would continue throughout his career in politics, according to Britannica.

Fernández graduated at the age of 24, and later became a professor of criminal law. He entered public service as an adviser to the Deliberative Council of Buenos Aires and the Argentine Chamber of Deputies. He later as Deputy Director of Legal Affairs of the Economy Ministry, and in this capacity served as a chief Argentine negotiator at the GATT Uruguay Round. Nominated by newly elected President Carlos Menem to serve as National Superintendent for Insurance, served as President of the Latin American Insurance Managers' Association from 1989 to 1992, and co-founded the Insurance Managers International Association.

He also served as an adviser to Mercosur and ALADI on insurance law and was involved in insurance and health services companies in the private sector. Fernández was named one of the Ten Outstanding Young People of Argentina in 1992 and was awarded the Millennium Award as one of the nation's Businessmen of the Century, among other recognitions. During this time he became politically close to former Buenos Aires Province Governor Eduardo Duhalde.

He was elected on June 7, 2000, to the Buenos Aires City Legislature on the conservative Acción por la República ticket led by former Economy Minister Domingo Cavallo. He gave up his seat when he was appointed Chief of the Cabinet of Ministers by President Néstor Kirchner upon taking office on May 25, 2003, and retained the same post under Kirchner's wife and successor, President Cristina Fernández de Kirchner, upon her election in 2007.

In 2011, Fernández published Políticamente incorrecto: razones y pasiones de Néstor Kirchner (“Politically Incorrect: Reasons and Passions of Néstor Kirchner”), in which he reflected on the centre-left populism of the Kirchnerismo movement.

In May 2019 Fernández de Kirchner made the stunning announcement that she would not be running for president but had instead asked Fernández to do so. In the primary elections in August 2019, conducted to winnow the field of candidates, Fernández beat Macri soundly, taking some 47 percent of the vote compared with 33 percent for the incumbent.

Relationship with the Kirchners

Alberto Fernández was the head of the former president Néstor Kirchner's electoral campaign in 2003 and later served as Chief of his Cabinet of Ministers. He went on to run Cristina Fernández de Kirchner’s presidential campaign during the 2007 elections, but he resigned his post in her administration in 2008.

"All of us who had criticized her at one time or another understood that it was a mistake to continue confronting each other when Argentina's problem was called Macri” Alberto Fernández explained of the seeming reversal. Fernández de Kirchner faces several corruption charges. Argentina’s peso, meanwhile, plunged after the election results amid fears of a return to previous interventionist economic policies.

Argentina’s President is the nation’s commander-in-Chief, its Chief Executive, and its Head of both State and Government. The first constitutionally elected President was in 1953, and the position has evolved over time in regards to duties and responsibilities. Argentina’s President appoints the Supreme Court’s judges with the approval of the Senate and other members of the judiciary, senior officers of the army, and ambassadors. The President takes part in law-making and promulgation, and also grants pardons, retirements, and pensions, and appoints the chief of the cabinet ministers, and removes the former bearers of the office as well, according to World Atlas.

Section 90 of the Argentine Constitution establishes the requirements for becoming president. The President must be a natural-born citizen of the country or have been born to an Argentine citizen if born abroad. The President must also be at least 30 years old. In addition, all the requirements for becoming a Senator apply. Under the 1994 constitutional amendment, the President serves for four years, with a possibility of immediate reelection for one more term. 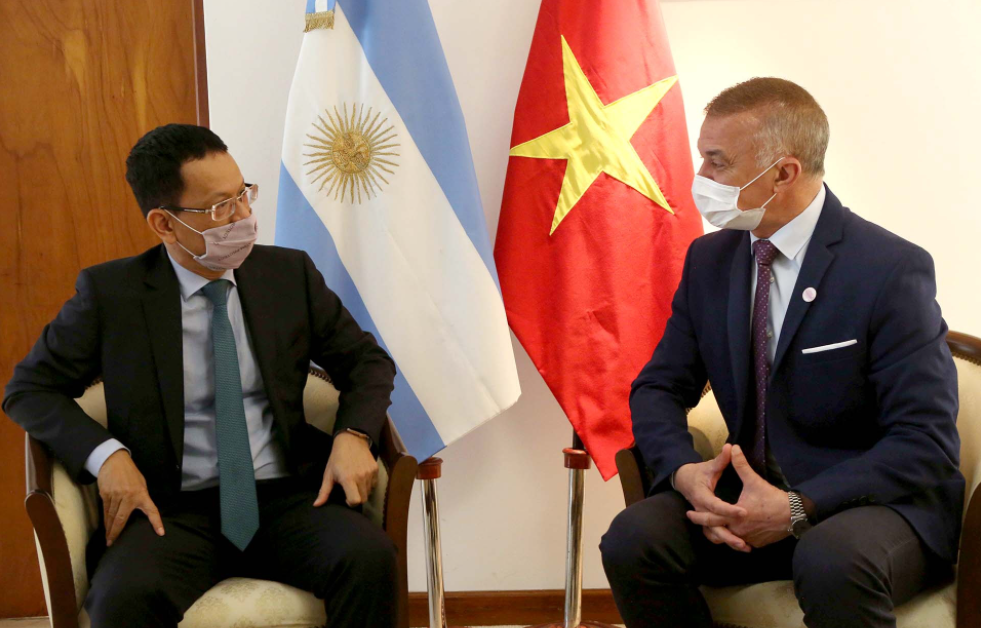 Vietnamese Ambassador to Argentina Duong Quoc Thanh paid a working trip to Misiones to introduce the economic and tourism potential of Vietnam and promote trade and investment cooperation between the northern province of Argentina and Vietnamese localities.
July 27, 2021 | 16:05 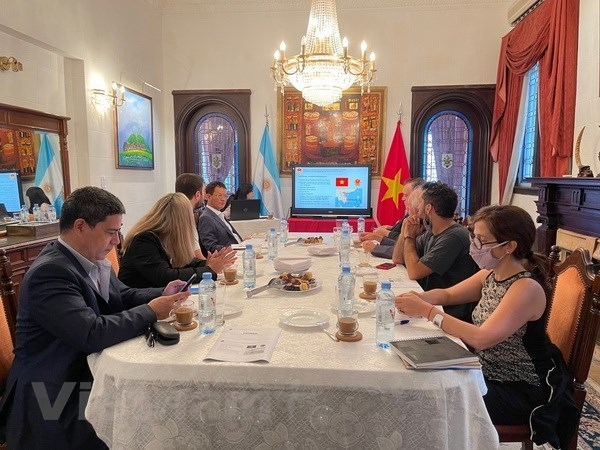