President Nguyen Xuan Phuc’s visit to Laos from August 9-10 will deepen the great friendship, special solidarity, and comprehensive cooperation between the two countries and contribute to national reform, construction and defence of the two countries.
Rosy Huong
huongthhd@gmail.com August 09, 2021 | 07:47

The visit is made at the invitation of General Secretary of the Lao People's Revolutionary Party (LPRP) Central Committee and President of Laos Thongloun Sisoulith.

It is Phuc’s first official visit abroad since he became the Vietnamese President. This is also the first time Laos has received a foreign State leader since its 11th Party Congress.

Vietnamese Ambassador to Laos Nguyen Ba Hung told the Vietnam News Agency (VNA) that as the Vietnam-Laos relationship is thriving, Vietnam needs to do more to strengthen the close bond and mutual trust between the two Parties, and further bilateral defence and security cooperation.

He said the two countries need to raise bilateral economic and trade ties on par with bilateral political, diplomatic, security, and defence cooperation and educate their young generations about the tradition and strategic importance of the Vietnam-Laos ties.

The VNA said the visit will reaffirm Vietnam’s strong and comprehensive support to the process of national reform, defence and construction of Laos.

It will also highlight Vietnam’s special attention to maintaining and developing the great friendship, special solidarity and comprehensive partnership between the two countries.

As neighbouring countries, Vietnam and Laos have walked hand in hand through many challenges, reinforcing their solidarity and loyalty. The bilateral ties, founded by President Ho Chi Minh and President Kaysone Phomvihane and nurtured by generations of leaders and people of both nations, have been thriving to be “more stable than mountains, more long-lasting than rivers.”

The relations have become a development rule and a factor ensuring the success of the revolutionary cause of each country and a valuable asset of both Parties and nations, which must be protected and reinforced and transferred to next generations, Vietnamese Party General Secretary Nguyen Phu Trong said while receiving Lao Party General Secretary and President Thongloun Sisoulith on June 28, 2021.

Amid complicated developments of the Covid-19 pandemic, the two countries have managed to maintain the exchange of visits and communication in different formats.

Defence-security and external relations have continued to be an important pillar in Vietnam-Laos relations, with joint efforts in ensuring security and maintaining a shared border of peace and friendship as well as searching and repatriating remains of Vietnamese volunteers and experts who died in Laos during the war.

The two sides have effectively implemented the annual consultation mechanisms between Chairpersons of the Party Central Committee’s Commissions for External Relations and Ministers of Foreign Affairs, while regularly exchanging information about regional and international issues of mutual concern, and coordinating together and promoting mutual support at multilateral forums, especially within the ASEAN, the UN and sub-regional mechanisms.

In the context of complicated Covid-19 developments in both countries, the bilateral multifaceted partnership has still developed.

Vietnam now has 209 valid investment projects worth about $5.16 billion in Laos, ranking third among foreign investors in the country.

Along with expanding export activities, both sides have focused on cooperation in personnel training for transport and construction sectors, and energy industry.

Both sides have concentrated on enhancing partnership in education-training and human resources development. The two Ministries of Education and Training have issued plans of cooperation in the 2021-2030 period. This year, Vietnam will give 1,220 scholarships to Lao officials and students, while Laos will offer 60 scholarships to Vietnam. Currently, more than 16,600 Lao students are studying in Vietnam.

Partnerships among localities, especially those along the shared border has been strengthened.

People-to-people exchanges have been increased with various cultural, art and sport activities, contributing to deepening the Vietnam-Laos relationship./. 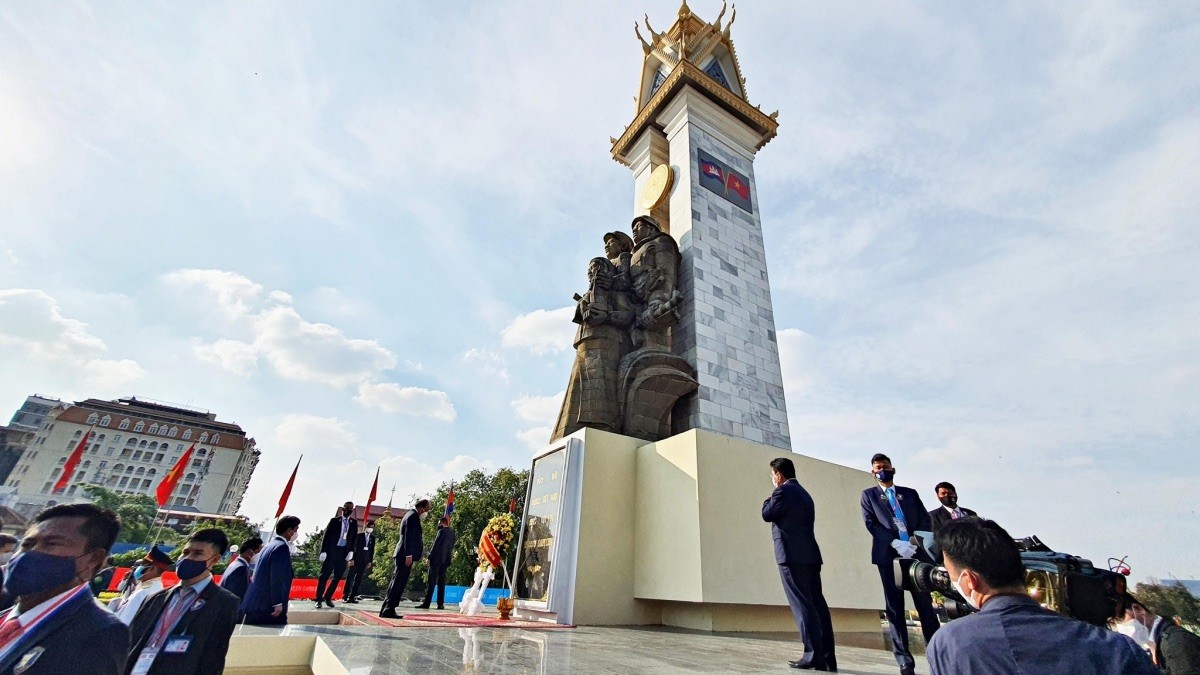