Save the Children, an international non-governmental organization (NGO), has contributed to taking care of the health of pregnant women and babies in the northern province of Yen Bai
Hannah Nguyen
ngminhphuong26@gmail.com December 14, 2021 | 08:00

"The intervention of the project has significantly reduced the mortality rate in pathological infants, especially premature babies, as well as reduced the rate of cases of children having to be transferred to the upper line," said Dang Dinh Thang, deputy director of the Department of Health, director of the project management board in Yen Bai province at the online dissemination workshop of the project 'Saving children’s lives in vulnerable communities' that took place on Dec. 10.

The virtual workshop aimed to evaluate the effectiveness of the project, share good practices and lessons learnt, and plan to maintain and replicate the model after the project ends.

Research conducted by Save the Children in 2014 in six communes of Tram Tau district showed that up to 91% of women gave birth at home without skilled attendants.

This was in contrast to a Multiple Indicator Cluster Survey on mother and children situation in the same year, which stated that in the past two years later, 93% of births in the nation were attended by skilled health personnel. It was a clear indication that the region was lagging behind in comparison to the progress being made in healthcare nationally.

This is due to limitations in people's awareness and commune health's capacity, lack of medical equipment and facilities. From 2016 to 2021, sponsored by GlaxoSmithKline (GSK), Save the Children and its partners implemented the project 'Saving children’s lives in vulnerable communities', focusing on improving maternal and newborn health care services at health centres in these three districts and Nghia Lo general hospital.

After five years of implementation, many positive changes in improving the health care of mothers and babies in the project area were recognized.

In particular, the Nam Bung commune health station has successfully rescued anaphylaxis shock after vaccination in young children, handled falling births, postpartum hemorrhage intensive care to save the lives of both mother and child. Not only that, the knowledge and practice of maternal and child health care among local mothers have also significantly improved in comparison with 2016 baseline results.

The deputy director of the of the Department of Health, director of the project management board in Yen Bai assessed that the project's interventions are suitable for local needs, helping to improve the capacity of the beneficiaries in maternal and newborn healthcare, especially the neonatal unit of the district health center and Nghia Lo General Hospital. Thereby, significantly reducing the mortality rate in pathological neonates, especially premature infants, as well as the rate of pediatric patients being transferred to higher level of care. These interventions will continue to be maintained in the project areas, Thang pointed out.

At the workshop, Vuong Dinh Giap, director of program Implementation, said that the project has been carried out very comprehensively: we focused on communication, providing medical equipment, raising awareness and behavior of people and capacity building for medical staff. That is also the common approach of Save the Children when implementing projects. In the upcoming strategy, Save the Children commits to continue prioritizing maternal and child health care. We also focus on mental health, adolescent health, Covid-related and climate change-related health issues."

At the workshop, successful interventions and best practices were also shared and proposed to maintain and replicate to provinces/districts where antenatal care, home delivery, obstetric and newborn intensive care remain significant problems. 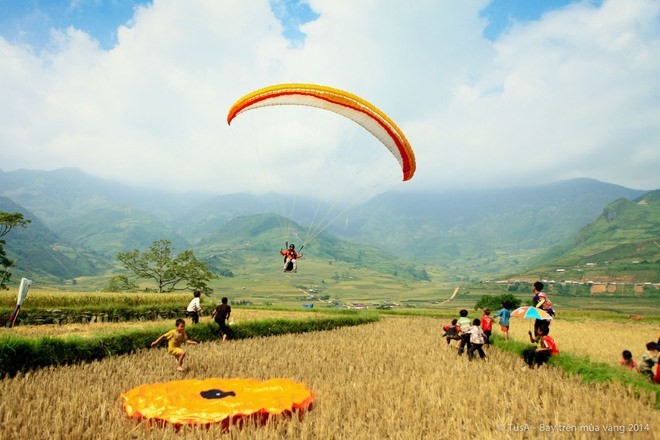 Yen Bai Plays Host to the Paragliding Festival in 2022

Known as a unique tourist destination in Yen Bai province, Mu Cang Chai will organize many activities in April and May 2022 to attract tourists.
April 29, 2022 | 08:08