US companies that manufactured the toxic Agent Orange (AO)/dioxin defoliant used by US forces during the war in Vietnam must take responsibility for dealing with the consequences, the Vietnamese Ministry of Foreign Affairs' spokeswoman Le Thi Thu Hang said on May 13.
Rosy Huong
huongthhd@gmail.com May 14, 2021 | 00:35

Speaking at the ministry’s regular press conference, which was held online, Hang expressed her regret at the ruling of the Crown Court of Evry City in France on a lawsuit by Tran To Nga against the US firms.

Vietnam has suffered severe consequences from the US war, including the lingering and serious impacts of AO/dioxin, she said.

“We support the claims of AO/dioxin victims against the US chemical firms and those that commercially manufactured AO/dioxin during the war in Vietnam,” the spokeswoman was quoted by the VNA as saying.

The Vietnamese Embassy in France has kept in close contact with Nga, encouraging her and standing ready to offer her suitable support, Hang added.

Earlier, the French court dismissed the case by Nga, and ruled that it did not have the jurisdiction to judge a case involving the wartime actions of the US government, the AFP reported.

It said that the companies were acting "on the orders" of the U.S. government, which was engaged in a "sovereign act."

"I am disappointed but I am not sad. Getting to the May 10 decision is already a victory. I want to thank everyone who supports me.

"We will continue the fight," Nga said.

On May 10, her lawyers William Bourdon, Amélie Lefebvre, and Bertrand Repolt released a joint statement on appealing the court’s decision that picked several holes in it.

"One can only be surprised that the court recognizes that the companies concerned would have acted under the constraint of the American government whereas they answered a call for tenders, which they were free to do or not.

"Even more serious, the recommendations made by the American administration did not require the manufacture of a product containing a level of dioxin as high as that of Agent Orange. This only resulted from a sovereign and free initiative of the companies concerned," read the statement, originally written in French.

Nga, a former journalist born in 1942 in what was then French Indochina, accused the chemicals firms, including Monsanto and Dow Chemical, of causing grievous harm to her and others by selling Agent Orange to the US government, which used it to devastating effect in the war.

She also accused them of causing damage to the environment.

Several NGOs estimate that four million people in Vietnam, Laos and Cambodia were exposed to the 76 million liters (20 million gallons) of Agent Orange sprayed by US forces to destroy ground cover and food sources as it fought North Vietnamese troops between 1962 and 1971.

Nga suffers from typical Agent Orange effects, including type 2 diabetes and an extremely rare insulin allergy. One of her daughters died of a malformation of the heart.

Lawyer Repolt had told VnExpress International in February that he and the other two lawyers "had to demonstrate that when the chemical companies supplied Agent Orange, they were aware of the dangerousness of the product.

"This required producing, before the French judge, exchanges of internal correspondences from the 1960s, demonstrating this perfect knowledge of dangerousness. Given the age of the facts, this was not easy, but I think we produced sufficiently convincing documents in court to win our case," he said.

It is expected that on May 15, Nga and volunteers from different NGOs will organize a rally in Paris to protest the decision of the court.

On January 31, a rally held by NGO Collectif Vietnam Dioxine had gathered nearly 300 people in Trocadero Square, expressing support for Nga and other victims of Agent Orange in their fight for justice./. 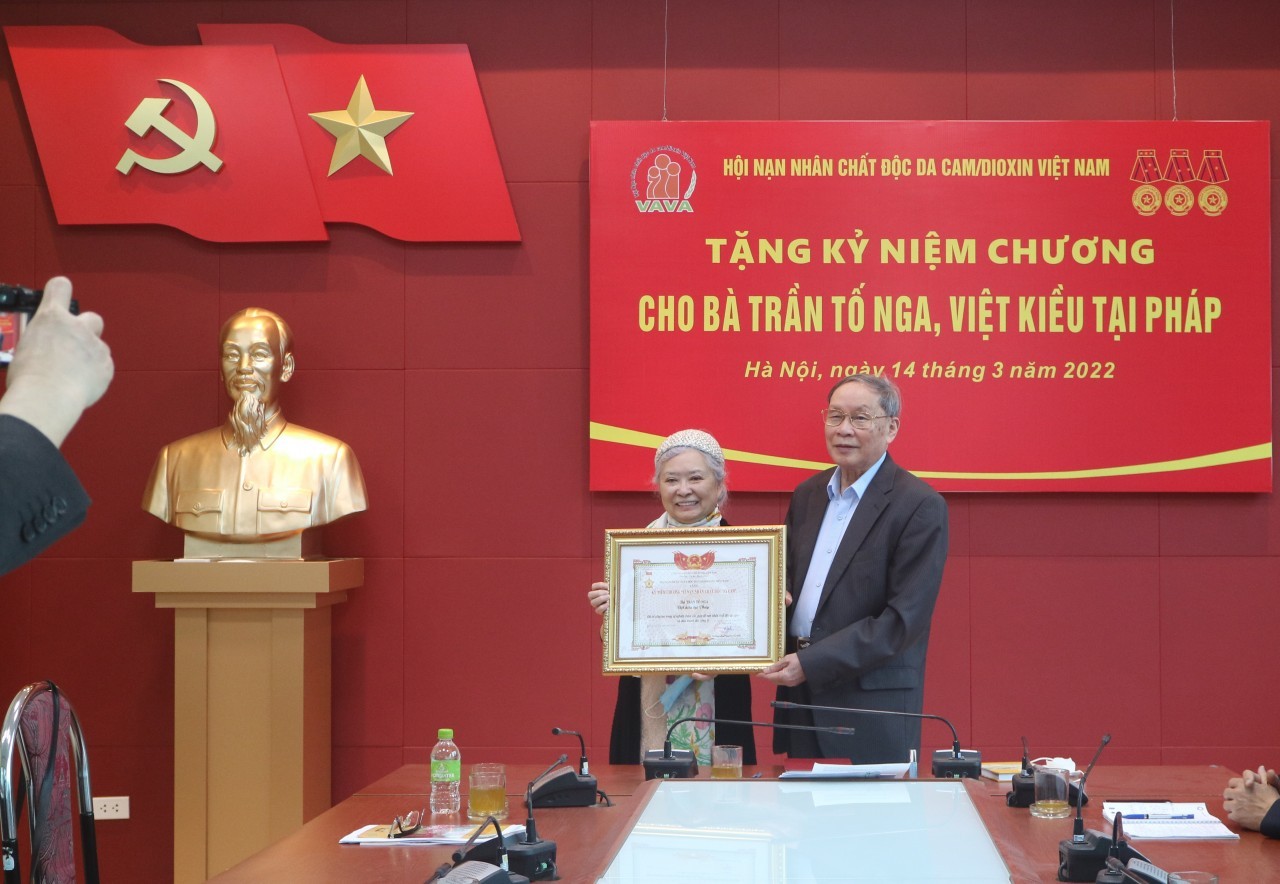 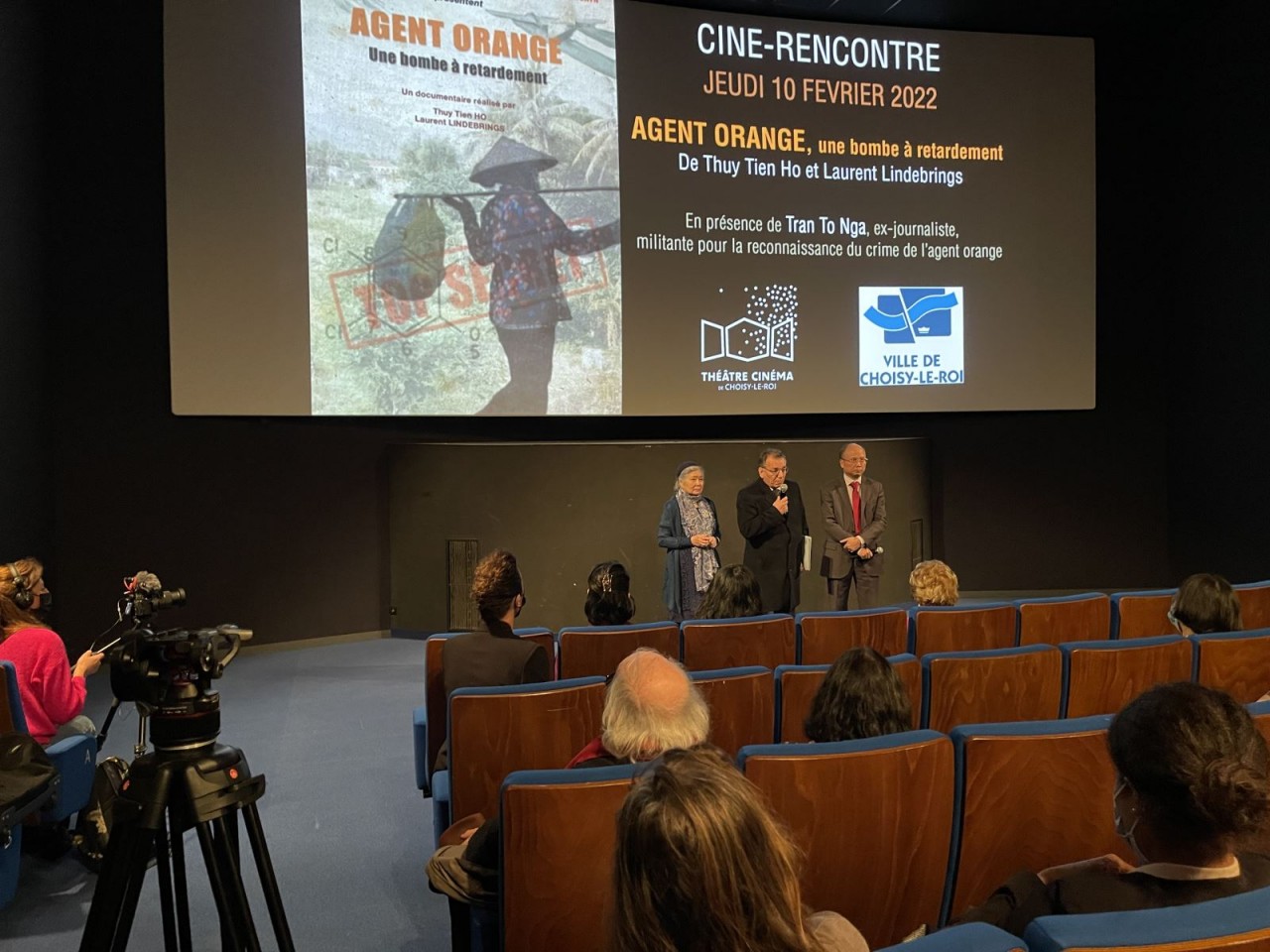 Tran To Nga: "As Long as I Live, I will Continue to Demand Justice for Agent Orange Victims"