Haunted dolls exist everywhere in the world, and their stories can make our skin crawl. This doll, which is called "Mary", is called the scariest doll in the UK, had the camera capture her rocking the chair in an empty room.
Charlotte Pho
October 27, 2021 | 14:56

A UK team of ghost hunters say it's an all-year-round job looking after a haunted doll.

Members of GHOST (Ghost Hunters of Stoke-on-Trent) not only spend their time chasing ghouls, they also have their very own 'haunted museum'

Craig, the founder of the group, has always had a strong interest in ghosts after he saw and felt the spirit of his grandfather, reports the Mirror.

Craig, who was only 10 at the time, said: “When I was younger, myself and a couple of friends went to locations to try and experience things.

“It kind of escalated from there, we started looking at some of the most haunted locations across the country and around the world.

“I decided to incorporate a team and we built on that from there.”

GHOST's museum contains eerie artefacts that visitors can look at for themselves, with many people experiencing strange encounters.

Craig said: “We’ve got a worldwide audience, and over lockdown we’ve had some strange artefacts that were in people's houses originally.

“I’ve thought about doing something like this for 10 to 15 years and over lockdown we got so much stuff that we decided to do it.

“People absolutely love it, it’s great for the city of Stoke-on-Trent.”

Although spooky encounters are all part of the job for Craig, he does recall some particularly creepy moments.

He said: “We went to one location near Liverpool where a woman claimed she was possessed. That was quite daunting.

“The young lady still speaks with us via social media today, she often interacts with us.”

Perhaps the creepiest thing from their haunted museum has to be the haunted doll 'Mary', who has made many visitors feel uncomfortable.

Craig said: “Mary is definitely the most haunted doll in the United Kingdom, a lady in Stafford gave us this doll who was given to her by an elderly lady for her children.

“She didn’t feel comfortable with this doll, so gave it to us. It’s been in our possession for about a year now.

“She’s rocked on a chair, she’s thrown herself out of the chair, she’s even moved her eyes from the right to the centre."

“We also offer haunted sleepovers from 9pm in the evening, we give you a full tour of the museum and artefacts, an investigation of the museum, seances and table tipping spirit board sessions.”

If you're into all things spooky, then you're in luck, as the Potteries' very own spooky museum is set to open at the end of the month.

The Haunted Museum and Spirit Shop Stoke, on City Road, Fenton, is a one stop shop for all things paranormal.

It's been set up by the team behind the popular Ghost Hunters of Stoke team.

The paranormal investigators have taken on a 200-year-old building in the heart of the city, to give you the chance to experience your very own ghost hunt.

They offer visitors guided tours, tarot card readings, a seance and spirit board sessions and haunted sleepovers - with the chance to sleep in a body bag.

Business owners and long-time ghost hunters Craig Longson, from Stoke and Jason Dean, from Butt Lane, wanted to create somewhere that could put Stoke-on-Trent on the map as a paranormal destination.

Craig said: "I've always wanted to open something like this. I've collected items over the years but during the lockdown it went a bit crazy, so it's nice to have a place to store everything properly.

"We took on the building five weeks ago, and a lot of hard work has gone into turning it into what you see now. We want to give people the wow factor.

"Whether you're part of an investigations team, or a member of the public, there will always be team members on hand to help. We've got the most advanced equipment from all across the world, so we can give everyone the ultimate experience, all under one roof."

Lead investigator Justine Farley, from Hanford, added: "With the space that we've got, we've got the opportunity to change things up quite regularly, if we want to.

"How you see things today might not be how they are in six months time.

"As we get new artefacts, we can move things around and add new things. Our team have also got such unique ideas so we can keep things fresh.

As word of the haunted museum spreads, those with a fascination in the paranormal from all over the country have started visiting the eerie attraction, with guests coming from as far as Bristol, Birmingham, Manchester and beyond. This success means that after only being open for five weeks, already the team have plans to expand the collection into the adjoining empty building next door.

The Haunted Museum team want to bring people from all over the world to the Potteries, and put the city on the map as one of the top paranormal investigations. But the venue is strictly for over 18s only.

Craig continued: "We've had an amazing response from people on social media, from all over the world.

"We've got followers in the UK, but also in places such as South Africa, New Zealand and Australia.

"They follow our live feeds, and some of them have even said they'll be travelling over when we open, which is just amazing. You can't ask for more than that.

"We've been in the industry now for so long, so we wanted to do something that could really mark the city of Stoke-on-Trent as a notable place in the paranormal industry."

Over the years, certain items have travelled with Craig and Jason to some of the most haunted places in the UK, including their replica Annabelle doll, housed behind glass in a special light up box.

Craig said: "We believe that there are the spirits of two children in the building, so we put out rocking horses as trigger objects, because if there are children's spirits here, they may want to play, so we have all of these toys.

"The upstairs of the building, and the seance room, were boarded up for 50 years, until we got here. We don't know why and neither does the owner of the building.

"On the staircase as you walk upstairs, we have prints of the six most haunted paintings in the world. There's a story to each and every one. Every artefact upstairs is also documented as having a spiritual attachment.

"We've got a coffin, which was used back in World War I and World War II, to bring bodies back to the UK. Thousands of soldiers have been in that.”

The museum also has a tribute to Stoke-on-Trent's 'Witch of Burslem', Molly Leigh.

"We've got a beautiful handmade cottage, made by Cherished Chimneys, and a crow on the wall," said Craig.

"We also have a doll that was donated to us a long time ago. I went on an investigation in The Leopard and she had been in the cellars there for nine years. I left her there initially, but then when it closed, someone went in and collected her for me.

"We named her Molly."

Justine added: "We've all felt that shiver from the top of your head, all the way down to your toes.

"When we've witnessed things like the pram moving on our live video, it made us all go completely cold.

"It's a heavy pram, with metal wheels. Witnessing something like that is just amazing."

The Haunted Museum & Spirit Shop, Stoke, which also includes a small but well-stocked oddities and gift shop, is located at 283 City Road in Fenton. In-depth guided tours of the museum are available seven days a week for walk-ins. Tours cost £5 and last up to 90 minutes.

In the evenings the building is locked down for pre-booked ticketed events including horror movie screenings, paranormal investigations and sleepovers. Plus three-hour paranormal workshops, which include a tour and an in-depth talk about ghost hunting equipment, then a mini investigation so guests can try out what they've learnt for themselves.

The museum also offers tarot card readings, meditation classes, and two-hour séance sessions with a reputable medium in the museum's sought-after and very atmospheric séance room. All these nights of spooky entertainment are offered at a very affordable price with discounts available for established paranormal teams.

To book a place on an event or to find out more about visiting the Haunted Museum & Spirit Shop, check out the museum's official Facebook page and keep your eye on Ghost Hunters Of Stoke-On-Trent on Facebook and YouTube for more updates on the museum and its haunted artefacts. 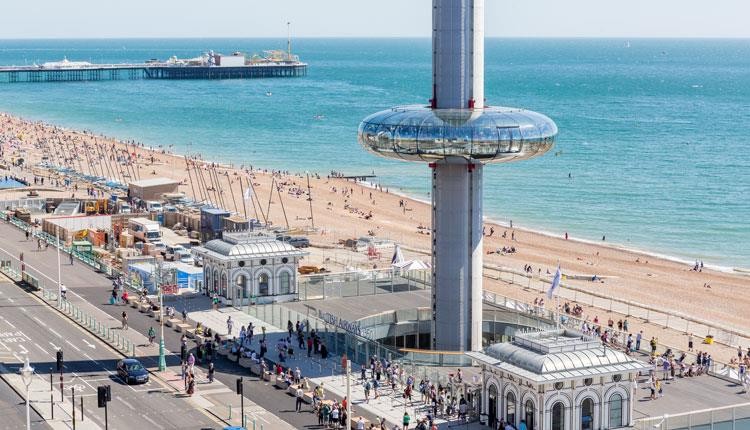 Located in Brighton, East Sussex, London, i360 observation tower is the thinnest tower in the world with a diameter of under 4 meters, which makes it a favorite attraction for the visitors who travel to the city.
November 02, 2021 | 08:07 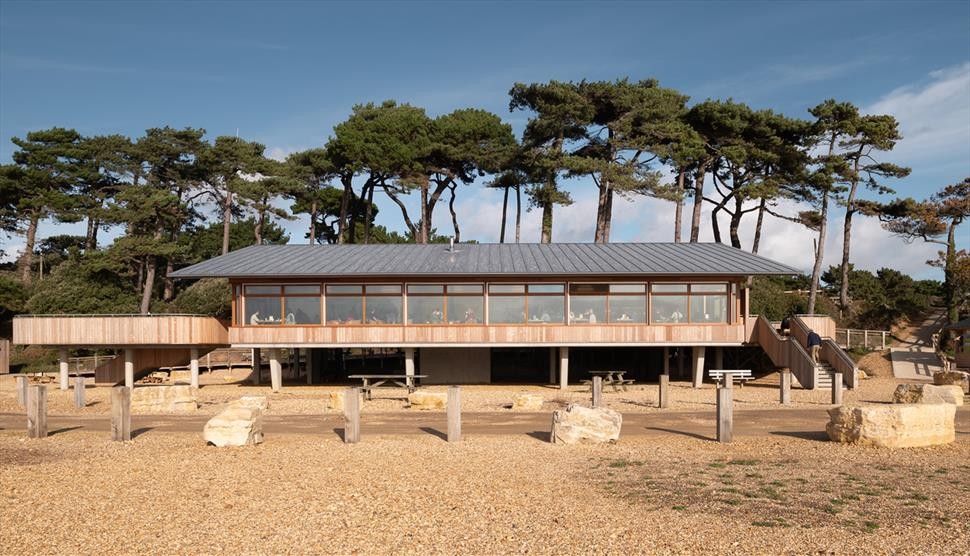 If you’re looking for fun family activities, a trip to a country park is a great idea. Below is Muddy Puddles' top list UK's country parks to visit with children.
October 03, 2021 | 16:50 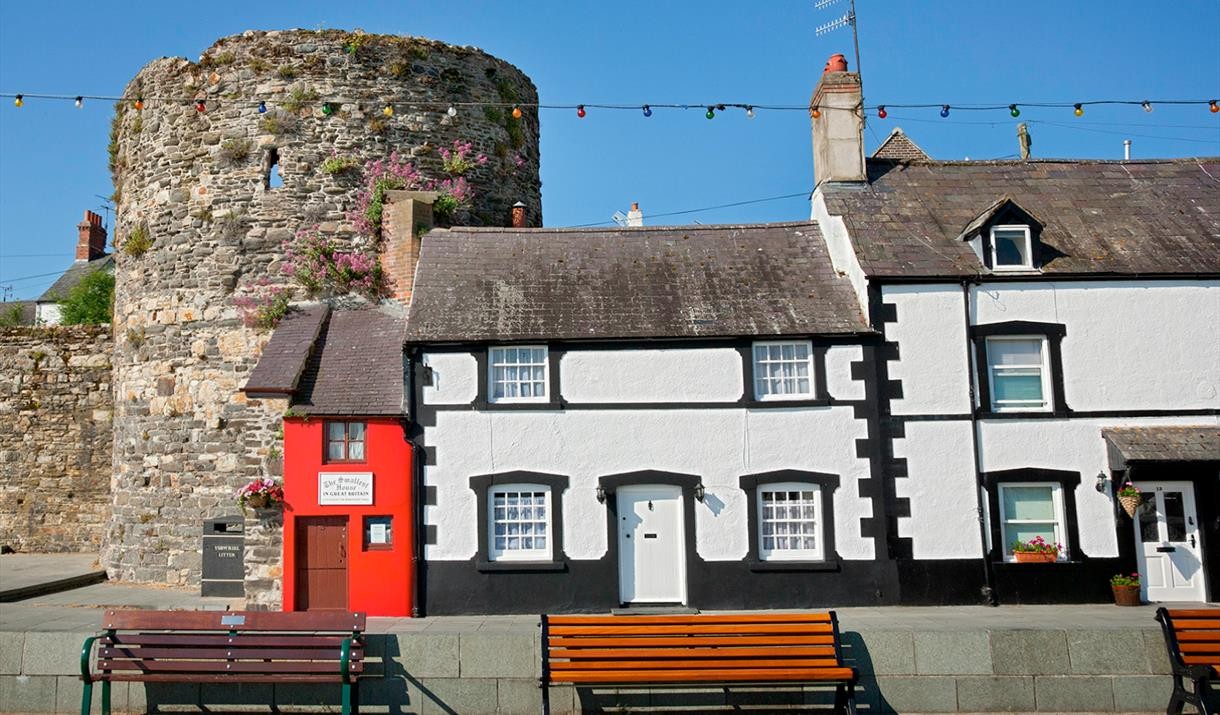 The Old Quay House of Wales, also known as "The Small House of Great Britain", has become the most famous tourist spot and attraction in England for its unique and extraordinary structures and architecture.
August 18, 2021 | 15:14