The Most Iconic Female Anime Characters Of All Time

While male characters have always been loved and adored, the female ones also stand out with their own unique features, designs, and characteristics that help create the souls of the series or movies.
Charlotte Pho
December 27, 2021 | 16:08

Anime is hand-drawn and computer animation originating from Japan. In Japan and in Japanese, anime (a term derived from the English word animation) describes all animated works, regardless of style or origin. However, outside of Japan and in English, anime is colloquial for Japanese animation and refers specifically to animation produced in Japan. Animation produced outside of Japan with a similar style to Japanese animation is referred to as anime-influenced animation.

Ever since its creation, anime soon went global, has become a worldwide’s love for many people, both children, and adults. It also has a great deal of iconic male and female characters, with its female stand out in some of the most famous movies and series. Some of them are protagonists, and some are so important that, even though they are not the main character, the entire series would not be the same without them.

1. Raphtalia – The Rising of The Shield Hero

Raphtalia, also known as the Katana Hero, is the deuteragonist of The Rising of the Shield Hero light novel series, as well as its anime and manga adaptions. Raphtalia was a demi-human slave girl purchased by Naofumi Iwatani, the Shield Hero.

She became the first member of Naofumi's party, eventually falling in love with him due to his kindness and benevolence as a master. After some time serving in the Shield Hero's party, Raphtalia became the Katana Hero, wielder of the Vassal Katana.

As a tanuki-like demi-human, Raphtalia has several tanuki-like features that distinguish her from regular humans. Instead of human ears, Raphtalia has a pair of tanuki ears on the top of her head that occasionally twitch when experiencing some kind of sensory stimulation. She also has a fluffy tanuki tail protruding out of her backside, which often makes motions based on Raphtalia's emotional state, such as when her tail stands on its own, which conveys anger. She has tea-red eyes and has been described as incredibly beautiful for a demi-human. Raphtalia has a purple slave mark imprinted on her chest.

Asuna Yuuki (結城 明日奈, Yūki Asuna) is a fictional character who appears in the Sword Art Online series of light novels by Reki Kawahara. She is mononymously more commonly known as just Asuna (アスナ, Asuna), her player name in the eponymous video game which the novels are set in. Asuna appears as the lover of Kirito; as well as the female lead, she is in the novels a sub-leader of the Knights of the Blood Oath (血盟騎士団, Ketsumei Kishidan) guild, notable for being the strongest guild in Aincrad. She is depicted as having earned a reputation as a skilled player in-game, giving her the nickname Lightning Flash (ライトニングフラッシュ), which, coupled with her physical attractiveness, have made her well-known and sought after by other players.

Both Asuna and Kirito have become popular characters in anime and manga fandom, frequently appearing on lists of the most popular anime characters. Additionally, Asuna has featured in numerous official Sword Art Online merchandise, and has been the subject of mixed to mostly positive critical reception, with focus on her relationship with Kirito, attractiveness, and role in the series.

Usagi Tsukino (月野 うさぎ, Tsukino Usagi, renamed "Serena Tsukino" or "Bunny Tsukino" in some foreign adaptations), better known as Sailor Moon (セーラームーン, Sērā Mūn), is a fictional superheroine who is the main protagonist and title character of the Sailor Moon manga series written by Naoko Takeuchi. She is introduced in chapter #1, "Usagi – Sailor Moon" (originally published in Japan's Nakayoshi magazine on December 28, 1991), as a carefree schoolgirl who can transform into Sailor Moon. Initially believing herself to be an ordinary girl, she is later revealed to be the reincarnated form of the Princess of the Moon Kingdom, and she subsequently discovers her original name, Princess Serenity (プリンセス・セレニティ, Purinsesu Sereniti).

In Sailor Moon, Usagi meets Luna, a magical talking black cat that is searching for the Moon Princess. Luna reveals that Usagi is destined to save Earth from the forces of evil and gives her a brooch to transform into Sailor Moon. She asks Usagi to form the Sailor Soldiers, find their princess and protect the "Silver Crystal". As Usagi matures, she becomes a powerful warrior and protects her adopted home planet, Earth, from villains who wish to harm it. Usagi is depicted as usually carefree and cheerful, but with cry-baby tendencies that show themselves when things don't go her way.

Misato Katsuragi (葛城 ミサト, Katsuragi Misato) is a fictional character from the Neon Genesis Evangelion franchise created by Gainax. She is the operations director at NERV, initially with the rank of captain; she is later promoted to major. In Rebuild of Evangelion Misato's rank is lieutenant colonel. Her duties at NERV include acting as a field commander for the Eva pilots, issuing orders and relaying battle strategies as well as processing input from Ritsuko Akagi and the technicians monitoring the Evas. She also handles many bureaucratic aspects of NERV's operations.

At the beginning of the series, Misato first brings Shinji Ikari to NERV and is able to convince him to pilot the Eva Unit 01. She then chooses to have Shinji move in with her rather than live alone, and later takes in Asuka Langley Soryu. As the series progresses, through her former lover Ryoji Kaji she learns the truth behind the Human Instrumentality Project and the depths of deception that NERV and SEELE have gone to keep the Project secret, even from her.

Bulma is a character featured in the Dragon Ball franchise, first appearing in the manga series created by Akira Toriyama. She debuted in the first chapter Bulma and Son Goku (ブルマと孫悟空, Buruma to Son Gokū), published in Weekly Shōnen Jump magazine on June 19, 1984 issue 51, meeting Goku and recruiting him as her bodyguard to travel and find the wish-granting Dragon Balls. Bulma is the daughter of Dr. Brief, the founder of the Capsule Corporation, a company that creates special small capsules that shrink and hold objects of various sizes for easy storage. Being the daughter of a brilliant scientist, Bulma is also a scientific genius, as well as an inventor and engineer. Along with creating the Dragon Radar, a device that detects the energy signal emitted by a Dragon Ball, Bulma's role as an inventor becomes important at several points in the series; including the time machine that brings her future son Trunks to the past.

Kagome Higurashi (日暮ひぐらし かごめ, "Birdcage (first name), Sunset (family name)") is the modern-day reincarnation of the feudal era miko, Kikyō, and the main female protagonist of the series. She was unknowingly born with the legendary Shikon no Tama inside her body until the day of her 15th birthday, when a yōkai pulled her into her family's sacred well, taking her roughly five hundred years back in time, and later extracted the newly reborn gem from her. After she accidentally shattered the jewel into hundreds of fragments that disperse all throughout Japan. Kagome, along with the hanyō Inuyasha, had to recover all the shards of the Jewel before they fall into the evil influence of the evil mastermind Naraku, meeting several allies and enemies in the process.

Saber, whose real name is Artoria Pendragon (アルトリア・ペンドラゴン, Arutoria Pendoragon) (alternatively, Altria Pendragon), is a fictional character from the Japanese 2004 visual novel Fate/stay night by Type-Moon, and the main protagonist of the Fate franchise. Saber is a heroic warrior who is summoned by a teenager named Shirou Emiya to participate in a war between masters and servants who are fighting to accomplish their dreams using the mythical Holy Grail. Saber's relationship with the story's other characters depends on the player's decisions; she becomes a love interest to Shirou in the novel's first route and also serves as that route's servant protagonist, a supporting character in the second, and a villain called "Saber Alter" (セイバー・オルタ, Seibā Oruta) in the third route.

Saber is an agile and mighty warrior who is loyal, independent, and reserved; she appears emotionally cold but is actually suppressing her emotions to focus on her goals. She is also present in the prequel light novel Fate/Zero, in which she is the servant of Shirou's guardian Kiritsugu Emiya during the previous Holy Grail War, and in the sequel Fate/hollow ataraxia. Saber also appears in the novel's printed and animated adaptations, reprising her role in the game.

Fujiko Mine is a professional criminal, burglar and confidence trickster. In The Castle of Cagliostro Fujiko states that she and Lupin had been lovers, but also that she ended the relationship.

She routinely makes deals with Koichi Zenigata or Lupin's current enemy in an attempt to gain freedom or loot, which causes Jigen and Goemon to distrust her, since they know that she will obviously double-cross them in a heist to claim what they're after for herself. While Lupin normally can outsmart Fujiko, she can make off with some or all of his loot on occasion.

Fujiko Mine was created to add more of a female presence to Lupin III. Her name was inspired by a picture of Mount Fuji, Monkey Punch added the -ko female suffix to create her first name, and chose "Mine" for her family name because of its meaning as "summit". Originally meant to fill a 'Bond girl' role, Fujiko quickly became a bigger part of the series. At the beginning of the series, many of the women Lupin encounters are all named Fujiko but are treated as different characters from chapter to chapter. This concept was later changed to make Fujiko a single character who changes style frequently. Monkey Punch believes the characters of Lupin and Fujiko are similar to the characters of D'Artagnan and Milady de Winter, and describes them as "Not necessarily lovers, not necessarily husband and wife, but more just having fun as man and woman with each other". 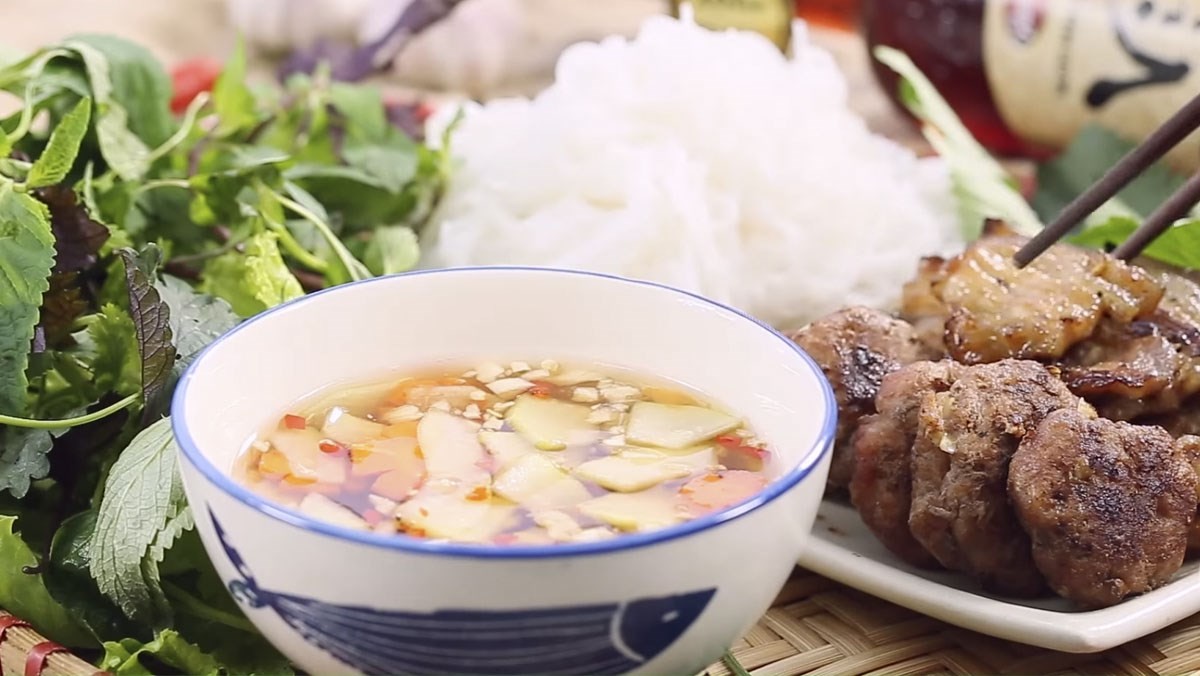 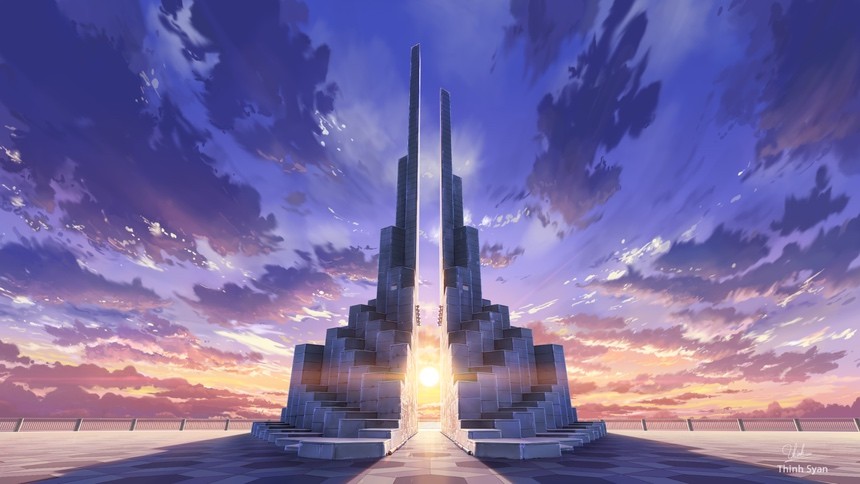