Twenty passengers from the Republic of Korea were flown back to their home country on February 25 night, one day after their arrival in the central city of Da Nang.
VNA
February 26, 2020 | 09:55 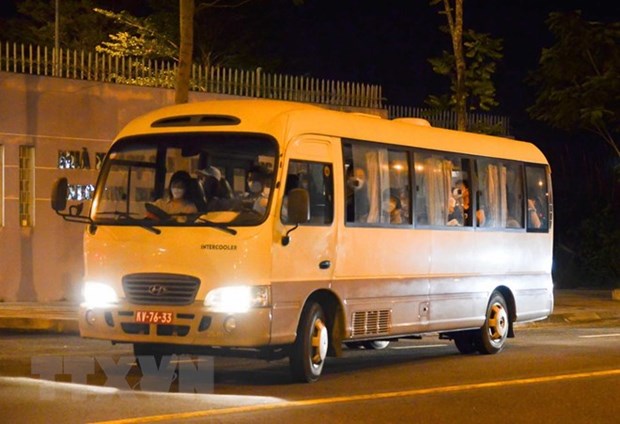 They are among 80 passengers who arrived on a flight from Daegu city – the centre of COVID-19 outbreak in the Republic of Korea (RoK)- on February 24. They had been kept under quarantine at Da Nang’s Lung Disease Hospital since February 24.

Before their departure, the passengers received health screenings and certificates provided by the local medical sector.

Chairman of the municipal People’s Committee Huynh Duc Tho sent a letter of apology to the Koreans, explaining that Da Nang is imposing urgent measures to ensure safety for visitors and the community in the face of the complex development of COVID-19.

The official expressed his hope to welcome the visitors at a more convenient time.

The remaining 60 passengers of the flight include 58 Vietnamese and two Thais.

Some airlines have suspended flights between Vietnam and the RoK over concern of the COVID-19 threat. Vietnam’s Bamboo Airways suspends flights from the central cities of Da Nang and Nha Trang to the RoK’s Incheon city as from February 26.

The airline is currently operating seven round trips per week on each route, using A321NEO capable of carrying nearly 200 passengers.