The country had held a National Assembly election like never before to both avoid cross-infections and ensure successful voting.
Jasmine Le
lehang1997hanu@gmail.com May 23, 2021 | 20:00

Constituencies all wore face masks and remained socially distanced while casting their ballots. Polling stations located at field hospitals and quarantine centers for the first time while at coronavirus hotspots, ballot boxes were delivered to doors.

The 15th National Assembly and People’s Council at all levels election in the 2021-2016 tenure took place on May 23 as the country was battling the 4th wave of pandemic, some northern provinces reported record daily new cases.

To ensure safety, authorities have deployed strict anti-pandemic measures at over 80,000 polling stations across the country. Everyone showed up at voting areas must put on face masks, disinfect their hands and keep a proper distance from others.

Bac Ninh province, one of the two biggest epicenters in Vietnam, held the election on May 22, a day earlier than planned. Over 3,200 constituencies including inmates, the police force, and provincial military command cast their ballots at provincial quarantine centers.

All voters were required to abide by preventive regulations, make health declarations before entering the voting areas. Voting tables were divided by partitions to reduce infection risks. Ballot boxes were covered in a plastic bag and disinfected regularly. The voting stations were kept guard by medical workers, police officers, soldiers, and other personnel.

The 112 Covid-19 patients treating at Bac Ninh’s field hospital also made their votes during treatment time.

“This is my first time experiencing such a special election day. Everything took place inside the quarantine center or a Covid-19 field hospital,” Nguyen Dieu Huong, head of the Covid-19 patients treatment at the makeshift facility, said. “All the medical personnel and patients strictly abide by anti-pandemic measures to have a successful election.”

Bac Ninh authorities had been agreed to hold the election early in certain affiliated localities due to Covid-19 concerns. Such a move was also permitted in numbers of constituencies in other localities including Hai Phong, Can Tho, Ba Ria – Vung Tau, Ca Mau.

While inmates at quarantine centers cast their votes on-site, those under self-isolation at home voted for their trustworthy representatives right at their home. Mobile ballot boxes were delivered to their door. The rare move helps suspected patients fulfill their citizenship in the 15th National Assembly and People’s Councils election.

In Mao Dien commune, Thuan Thanh city, Bac Ninh province, all inmates at quarantine centers made early votes on Saturday, a day earlier than planned. Meanwhile, individuals designated as F2 who must stay home for three weeks cast the ballots at their doorsteps today.

Nguyen Van Kien and his wife are two F2 cases in the area. The couple placed their ballot papers into the mobile boxes sent by communal officials and medical staff on May 23 morning.

“My family would normally go to the polling station to vote. This term, however, we have to do it at home. The officials knock on our doors for the election, which is really touching,” Kien said. “This shows how responsible the authorities of all levels are."

The same election method was adopted in the neighboring Bac Giang province. From the morning, members of the election board carried extra ballot boxes to every self-isolated household. They were all equipped with personal protective gear and used bicycles for transport.

A total of over 2,300 mobile ballot boxes had been prepared, all were disinfected. Constituencies had their hand washed and body temperature checked before voting.

On May 23, over 69 million voters nationwide headed to the polls to elect deputies to the 15th National Assembly (NA) and People’s Councils at all levels for the 2021 to 2026 tenure.

Several electoral units recorded a voter turnout of 100%, with the elections transpiring as planned in all localities, according to Nguyen Khac Dinh, vice chairman of the National Assembly (NA) and member of the National Election Council (NEC).

Reports from 63 provinces and cities nationwide indicate that the election of deputies to the 15th NA and the People's Councils at all levels are taking place as planned and are running smoothly, with the process’s organization being in accordance with the law. 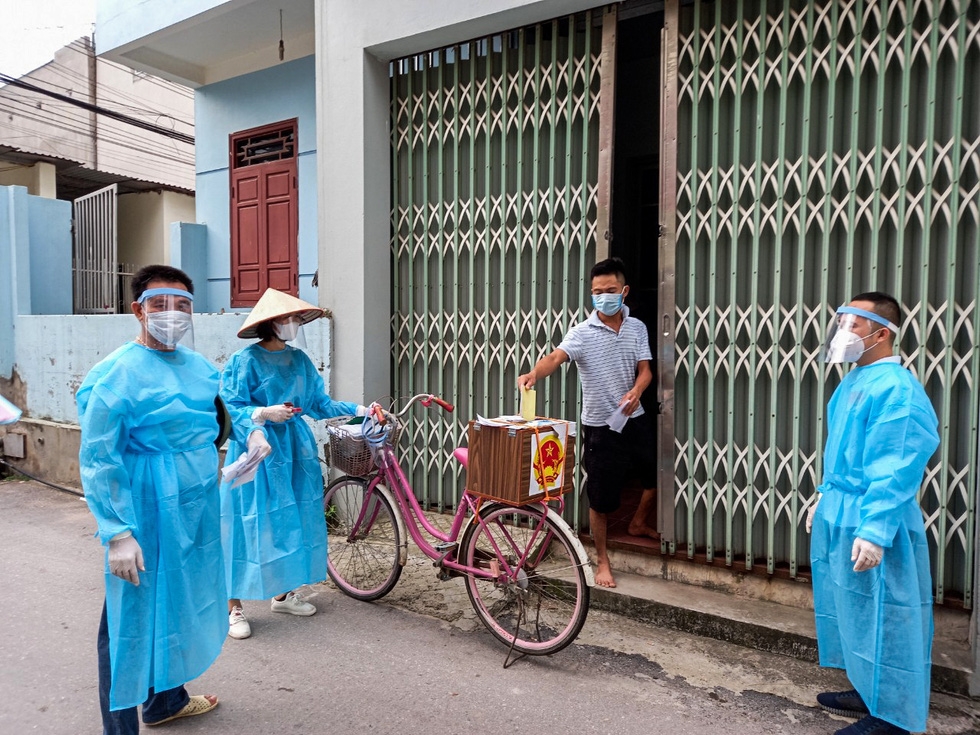 Citizens under self-isolation cast their ballots at home while others going to polling stations to vote for their trustworthy representatives.
May 23, 2021 | 19:49 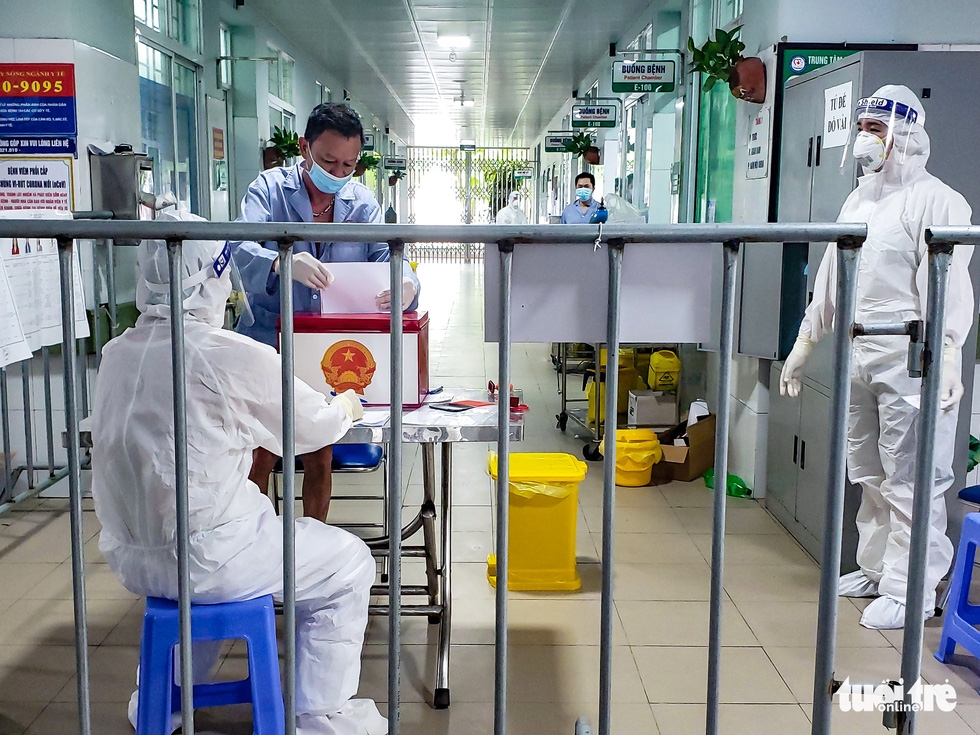