A meeting between secretaries of the Party Committees of the Vietnamese northern border provinces of Lao Cai, Dien Bien, Ha Giang and Lai Chau, and China’s Yunnan province took place virtually on April 27, according to The World & Vietnam Report.

The meeting, the second of its kind, aims to evaluate cooperation results between the Vietnamese and Chinese localities since the first meeting in 2021.

The participants agreed that in the past year, the Vietnamese and Chinese border localities have seriously implemented the common perceptions reached at the first meeting, and actively exchanged experience on Party building and poverty reduction.

They also effectively cooperated in disease prevention and control, and established exchange and cooperation mechanisms on agriculture.

The two sides agreed that under the direction of the Vietnam-China Land Border Joint Committee, the Vietnamese localities and Yunnan should actively implement development cooperation activities in border areas in accordance with the three legal documents on the Vietnam-China land border and related agreements; and jointly build a borderline of peace, stability and friendship, contributing to the stable, healthy and sustainable development of the Vietnam - China comprehensive strategic cooperative partnership.

The official noted their hope that the two sides will continue to further strengthen cooperation in various fields, thus contributing to the socio-economic development of the provinces, and the stability, development and prosperity of the two countries.

The third meeting is expected to be held in the first half of 2023.

VietnamPlus said the two sides agreed to continue promoting the exchange of delegations at all levels, especially high-level ones; effectively implementing existing exchange and cooperation mechanisms, such as the Defence Strategy Dialogue at the deputy ministerial level and the Border Defence Friendship Exchange; as well as cooperation between armies, armed forces, academies and schools; and continue to coordinate with and support each other at multilateral military and defence forums.

It is also necessary to closely coordinate and strictly implement the three legal documents on the land border, strictly protect the border, prevent crimes and illegal entry and exit activities, and prevent the coronavirus from spreading across the border, they stressed. 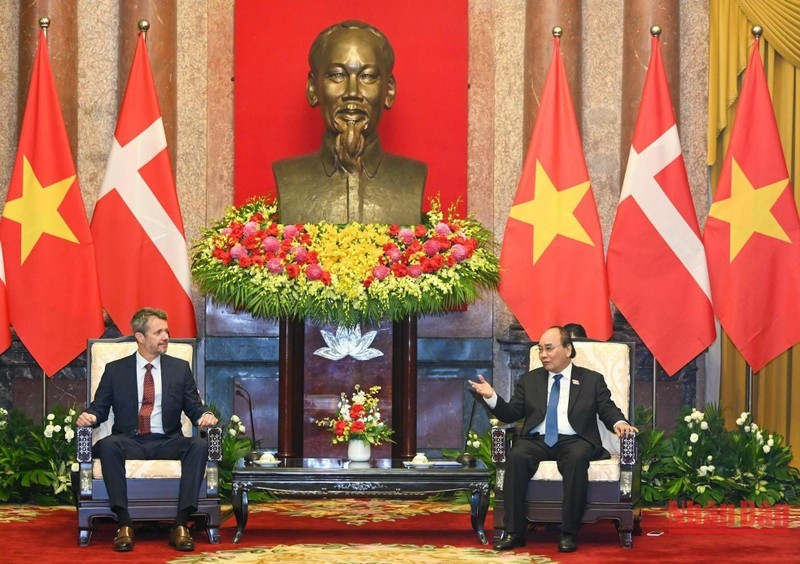