The General Statistics Office has officially announced, CPI of April 2020 decreased by 1.54% compared to the previous month. This is the lowest level of CPI in April 2016-2020 period and the main reason is because many countries around the world apply the blockade and social gap to prevent the spread of Covid-19.

These measures have led to a sharp drop in the price of gasoline both in the world and in the domestic market. Meanwhile, in the country, the implementation of Directive No. 16/CT-TTg also caused the price of many non-food and food products to fall.

Decreased purchasing power has caused CPI to plummet. According to the General Statistics Office, in April 2020, there were 6/11 commodity and service groups with a reduced price index.

In particular, the transport group decreased the most, with 13.86%, due to the effect of adjustments of petrol and oil price, reported by Investment News.

The General Statistics Office also said that the domestic gold price increased because investors are worried that countries would face the economic recession under the impact of Covid-19 epidemic, which led to the demand for safe assets like gold to rise.

Data of the General Statistics Office also shows that, in 4 months, the number of enterprises temporarily suspended business was 22,700 enterprises, up 33.6% over the same period last year. In addition, nearly 14,000 businesses stopped operating, down 19.2%; 5,277 businesses posted notices of dissolution, and 5,776 businesses waited for dissolution procedures with the tax authorities, according to Thanh Nien.

Targets are decided by the National Assembly, in 2020, Vietnam will keep macroeconomic stability, control inflation below 4%. However, at present, the figure is 4.9%.

According to the GSO, core inflation (CPI excluding food items, energy products and commodities under the State management like medical and educational services) in April decreased by 0.15 per cent month on month but increased by 2.71 per cent year on year. The four-month core inflation climbed by 2.96 per cent from the same period of 2019, according to Vietnam News. 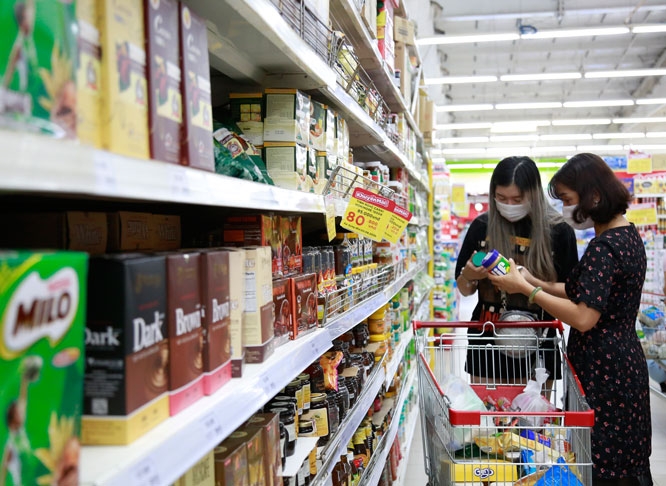 Vietnam CPI may be kept under control in 2020