The International Monetary Fund (IMF) said at the end of September that while global economies are reeling from inflation, Vietnam's economy is growing.
Da Quang
October 18, 2022 | 07:56

The Asian Development Bank (ADB) maintains its assessment that Vietnam's economy has great prospects, with gross domestic product growth increasing by 6.5% in 2022 and 6.7% in 2023. "Vietnam's economic growth is good in the context of the world economy's uncertainties," the report said. With such a forecast, ADB believes that Vietnam will be the economy with the strongest growth in Southeast Asia this year and next.

In the report published in the third quarter, the World Bank emphasized the strong recovery factor of Vietnam, despite the global uncertainty, rising prices, and supply chain disruptions due to the blockade to control the epidemic in China. Citing the data on the index of industrial production increased by nearly 16%, retail sales soared more than 50% over the same period last year, accommodation and catering services increased by nearly 3 times, and the trade balance had a surplus to 2.4 billion USD in August. The WB said that sales of goods in general in Vietnam by August this year increased by nearly 32%. In particular, although foreign investment has slowed down, the disbursement speed is surprising.

In August, foreign capital disbursement increased by nearly 14% and recorded a continuous upward trend for 9 months. Since then, the World Bank assessed that Vietnam's economy will continue to recover despite high global inflation as well as weaker economic growth in the main trading partner countries. It is the good control of the Covid-19 epidemic that has helped Vietnam realize its determination to create a better investment environment for foreign investors.

In an article published at the end of September, the IMF made a comment: "The positive growth prospects of the Vietnamese economy are "in stark contrast" to the slowing trend in many countries in Asia. The article said that, in the first half of this year, Vietnam witnessed a rapid economic recovery when the pandemic restrictions in the country were eased after applying the strategy of living with Covid-19 and a round of vaccination.

In addition, supportive policies such as low-interest rates, strong credit growth, and the Government's socio-economic recovery and development program were supported by strong manufacturing, retail, and business activities. These factors led to an impressive recovery of tourism. The International Monetary Fund has raised its growth forecast for Vietnam to 7% this year, 1% higher than the forecast of the previous 3 months and this is also the only sharp increase of this Fund in recent years.

Calculating at a further level, HSBC's report on Asia's consumption market to 2030 recently put Vietnam in the top 3 countries expected to witness the largest increase in consumer spending in this decade (2021-2030). Previously, CEO of HSBC Vietnam Tim Evans also commented that the fact that FDI is returning is a very positive sign for the Vietnamese economy. Good handling of the Covid-19 pandemic, stable policies, controlled inflation at less than 4%, and a significant increase in foreign exchange reserves to about USD 100 billion helps Vietnam to be more cost-competitive than other countries.

In an article published on the SupplyChainDive website about suppliers choosing Southeast Asia to look for production alternatives, the article affirms that “Vietnam is always one of the priorities of manufacturers when they want to diversify the supply chain, thereby overcoming recent price and transit time constraints.” Therefore, continuous surveys of foreign business associations in Vietnam from Japan, Europe, and the US, all give optimistic comments, wanting to expand investment strongly from the third quarter.

By the end of the first 8 months of the year, industrial production increased by more than 9%, and retail sales of consumer goods and services were estimated to increase by more than 19%. In particular, a bright spot that has attracted the attention of many foreign organizations is that foreign direct investment in Vietnam has continued to increase, and the speed of disbursement has increased sharply.

Andrew Jeffries, Country Director of ADB Vietnam, said: “Vietnam's economy recovered faster than expected in the first half of 2022 and is still growing in the face of a challenging global environment. The economy recovered steadily on the back of strong economic balances, supported by a faster-than-expected recovery in manufacturing and services."

Nguyen Minh Cuong - chief economist of ADB Vietnam said that a strong macroeconomic foundation was the most important condition for Vietnam to recover and grow quickly. Compared with some countries, including those with good recovery and growth, the foundation of macroeconomic stability is not as stable and certain as Vietnam. This is also the reason for the long-term national credit rating, Vietnam is the only economy in the Asia-Pacific that has been upgraded while other economies have either been downgraded or kept unchanged.

According to experts, the current recovery efforts will not only create momentum for Vietnam's economic growth in the next quarters of 2022 but also create growth momentum for the entire period from now to 2025. Dr. Dinh Trong Thinh (Academy of Finance) said that it is not natural that financial institutions to use "floral" words when talking about Vietnam.

He said: “They have the data to prove their optimistic statements are grounded, have confidence, and have analytical research based on scientific data and evidence. In the current context, Vietnam is maintaining macroeconomic stability, inflation is still below 3%, foreign investment disbursement has increased and multinational corporations expand investment.

The report of the World Bank also said that Vietnam needs to be cautious with risks related to food prices and basic commodities. “Although fuel prices have dropped recently, global fuel price volatility is unpredictable. In addition, the social assistance system needs to be strengthened, including registration, target selection, and disbursement systems, to facilitate access to the affected people during the time of impact. shock," the World Bank report stated.

For the external economic sector, a more serious deceleration than expected by Vietnam's top important trading partners is the main risk. The continuation of social distancing to control the Covid-19 epidemic in China may prolong the disruption of the value chain and affect the export of processed and manufactured industrial products in Vietnam. The geopolitical tensions may cause changes in trade and investment trends, affecting highly open economies like Vietnam.

A Survey of European investors and businesses' confidence in Vietnam's business environment in the second quarter decreased slightly, based on the Business Climate Index (BCI) compiled by the European Business Association. in Vietnam (EuroCham) recently announced it is remarkable. After increasing in the first quarter, Vietnam's Q2 BCI according to this survey fell 4.4 percentage points to 68.8 points.

This contrasts with the start of the year when dual factors such as the protracted war in Ukraine, a spike in commodity prices, and the ripple effect of China's "no Covid" policy dampened expectations. European business community in Vietnam. Despite the decline, BCI is still 7.6 percentage points higher than Q4/2021 (61 points). YouGov's CEO - Thue Quist Thomasen - the unit that carried out this survey - commented: BCI results dropped slightly in the context that Vietnam has fully opened and all business and production activities, travel, tourism ... have returned to normal

However, objectively speaking, Vietnam's current post-pandemic response and development acceleration policies help to minimize damage in the context of global economic instability. Currently, Vietnam's inflation rate is still being maintained at a level near the target and the improvement in the country's credit rating is a strong example.

Vietnam needs to increase productivity by 2-3% per year

To maintain economic growth at the desired rate, Vietnam needs to increase productivity by 2-3% per year. International experience shows that productivity gains can only be achieved by investing in the education system, which is an important part of the package of necessary investments and reforms. A competitive workforce that will bring productivity is what Vietnam needs in the long term.

The results of the Business Climate Index (BCI) by the end of the second quarter show that the path to improving the business and investment environment of Vietnam has been clearly outlined. Green growth is the way of the future, not only because it will help build a prosperous foundation for the Vietnamese economy and people, but also because it will support the country's transformation into one of the world's largest markets. strongest in the world.

The commitments at COP26 of Prime Minister Pham Minh Chinh and the Government's National Strategy on Green Growth show that Vietnam is seriously making the necessary changes for the green transition. Therefore, despite uncertainties in the global economy, this is an extremely exciting and promising time to do business in Vietnam. 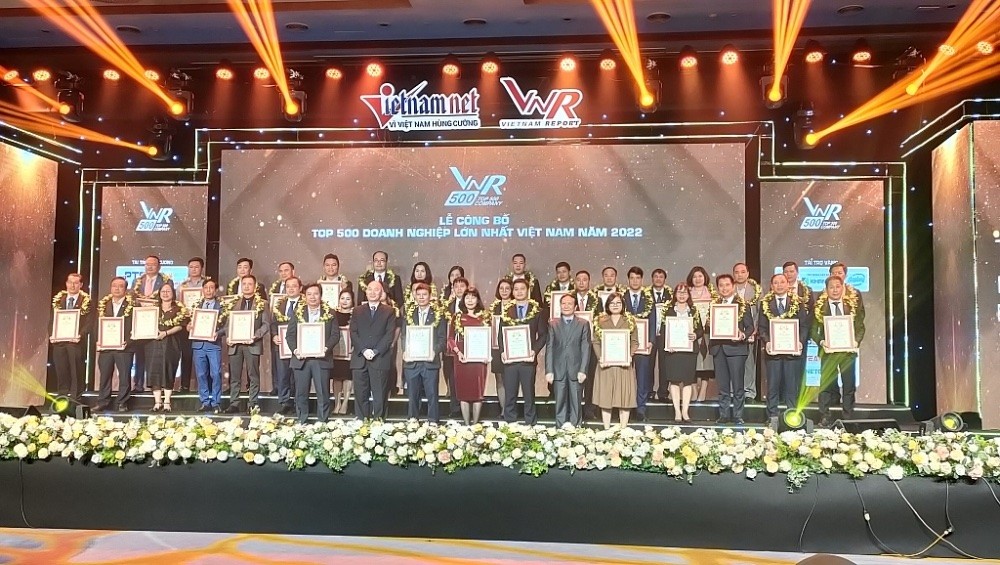 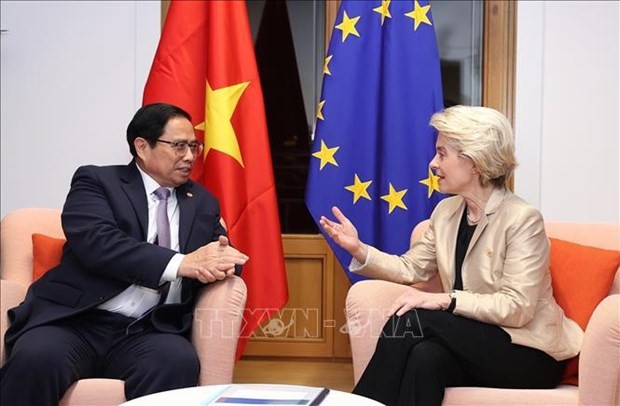 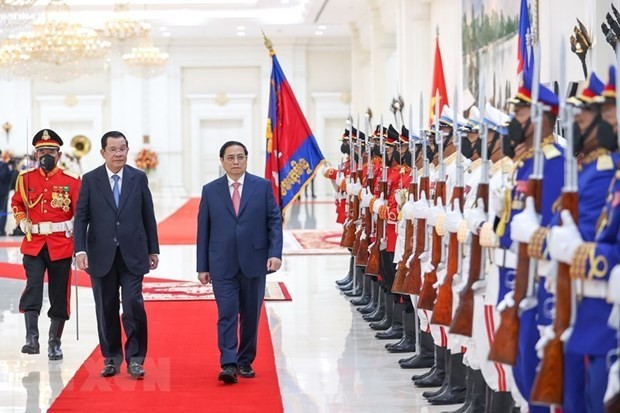 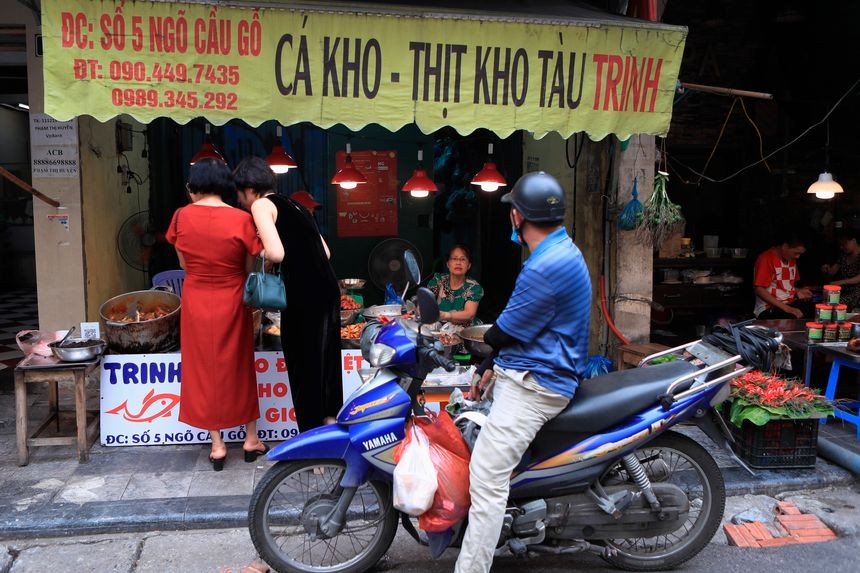 Recently, the US travel website Travel and Leisure has honored Vietnam as the destination with the most culinary culture in Asia in the Bucket List Places in Asia in 2023.
January 18, 2023 | 11:56
Phiên bản di động