Vietnam continues to make an excellent progress in ensuring socio-economic rights, as reflected through the draft voluntary mid-term report on the implementation of UPR third cycle recommendations, along with other information and data, a UNDP official has said.

Diana Torres, Assistant Resident Representative & Head of Governance and Participation Unit at UNDP Vietnam, made the commendations during an interview with the Vietnam News Agency (VNA) on the sidelines of an international consultation workshop on the report in Hanoi on October 22.

She said Vietnam and many other countries have been heavily affected by COVID-19, expressing her hope that with the measures taken by the government to contain the pandemic and alleviate its socio-economic impacts, more progress would be made in the time ahead.

Citing the report, she said Vietnam has recorded inclusive results, even compared with other regional countries, in social protection, health insurance, poverty reduction and gender quality.

He said Vietnam is developing very quickly and people have more opportunities to access health care and food. The general economy is opening up.

Vietnam has done very well in COVID-19 containment, particularly during the first stage when Vietnam locked down very quickly, he said.

Ambassador Giorgio Aliberti, head of the EU Delegation to Vietnam, also said the Southeast Asian nation managed well COVID-19, particularly in the first year when the pandemic broke out.

He highlighted Vietnam’s outstanding achievements in ensuring human rights in socio-economic aspects, and pledged that “We are here to help Vietnam improve in all aspects of human rights” with commitments the country has made in international agreements.

Vietnam is also making good efforts in trying to take into account vulnerable groups, ethnic minorities and people with disabilities, he said.

“There is a genuine commitment to try to work to be more inclusive,” he said.

This mid-term report is the basis for Vietnam to assess the implementation of the approved recommendations, learn lessons and prepare for the construction of the National Report for the UPR cycle IV expected in 2024.

In this regard, Torres lauded the Vietnamese government for voluntarily taking steps to review the implementation of the UPR recommendations in the third cycle.

“It is a very good expression of good will, political will to make sure that Vietnam is on the good track of implementing the recommendations that have been adopted,” she noted.

From discussions at the workshop and the mid-term report as well, more actions should be taken to make improvements needed in certain areas that are still lagging behind, she suggested.

Aliberti said the report shows good engagement and commitment on the part of the Vietnamese Government to handle difficult issues.

“And this is a voluntary process and a positive step,” he said.

Taylor also praised Vietnam’s positive spirit in compiling the document although the country doesn’t have to do.

“The broad structure and content is good,” he told about the report.

In his remarks at the workshop, UNDP Resident Representative a.i. in Vietnam Terence D. Jones said it is important to recognize that the context in which the report has been prepared is still very challenging.

Appreciating Vietnam’s efforts, he said the report has provided a framework to discuss these important issues, showing progress in many areas and related work that needs to be done.

He suggested that the report should be more specific on actions to be taken in the next two years, to enable Vietnam to show more successes.

Vietnam is running for election to the United Nations Human Rights Council (UNHRC) in the 2023-2025 tenure with a hope to contribute more to the world’s joint efforts to promote and protect human rights.

The country is honoured to be nominated by ASEAN countries with high consensus to become the bloc’s candidate for a seat in the UNHRC – the UN’s inter-governmental agency comprising of 47 members in charge of promoting and protecting human rights around the globe.

Asked about the possibility that Vietnam can win a seat at the council, Torres affirmed that “it is very possible,” adding the country is taking goods steps towards that goal.

“It will be very important to have Vietnam in that forum,” she continued. “It will benefit the country in terms of aligning this domestic legal framework with international obligations and standards, and also will help Vietnam to position as an advocate on human rights at the global level.”

The official also described the midterm report as a voluntary gesture and an initiative from Vietnam to demonstrate its commitments to human rights at the international level.

As for Vietnam’s ratification of a number of international conventions on human rights, Torres said “it is a great step” towards becoming more integrated into the world and the global society, and realising its commitments to international standards.

She emphasised the significance of creating a solid, robust legal framework and justice system in line with international standards./. 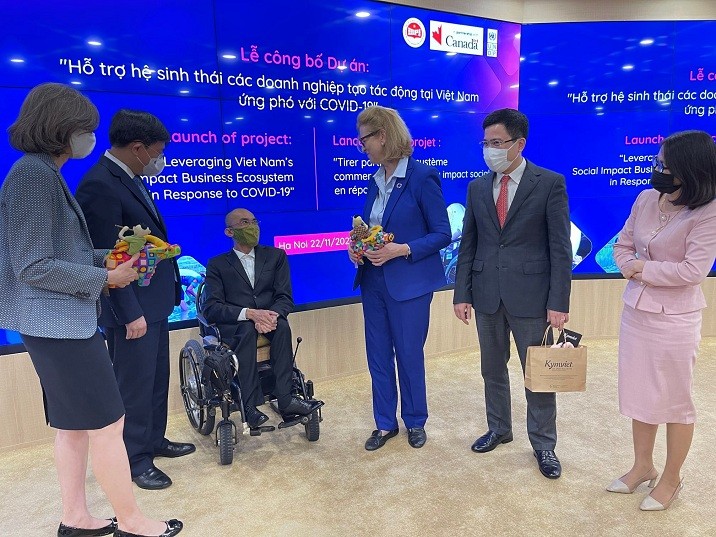 A project was launched on Nov. 22 to enhance the resilience of social impact businesses and contribute to reducing the impact of Covid-19 on vulnerable groups.
November 24, 2021 | 07:40 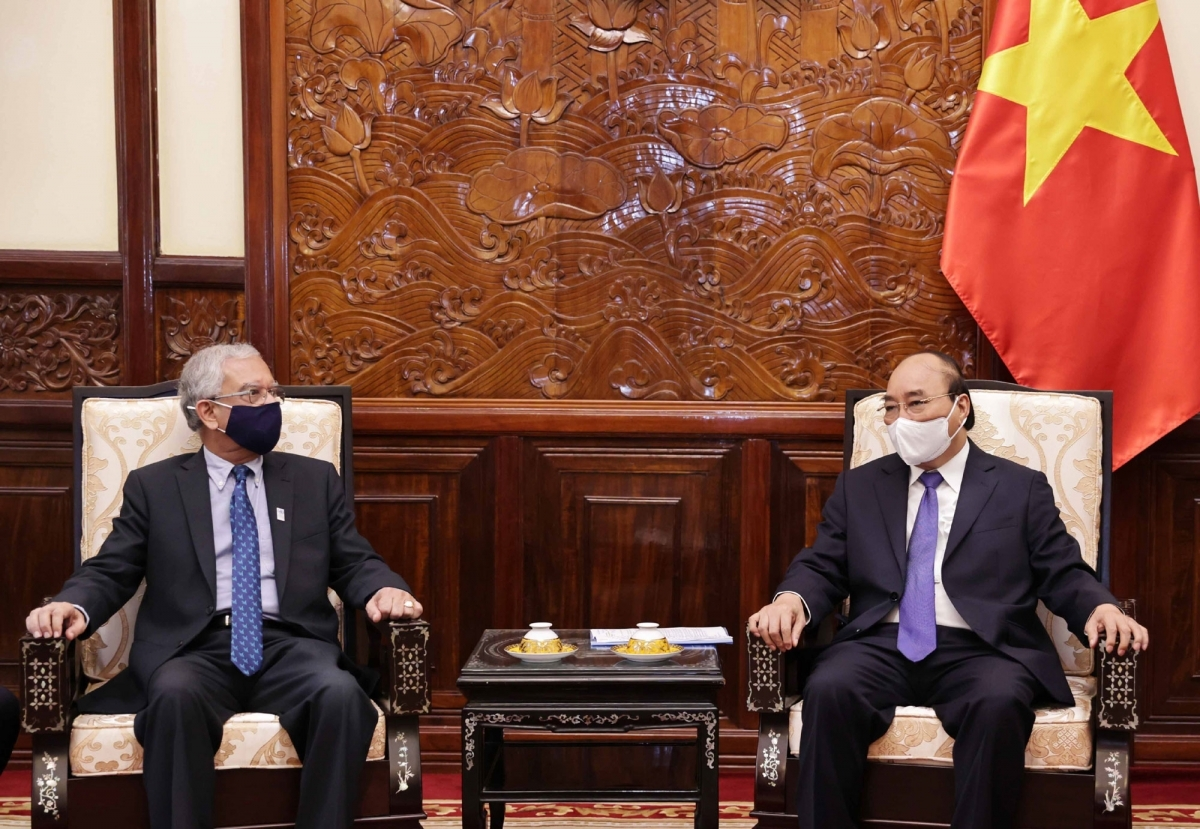 UN organisations in Vietnam will prioritise cooperating with the country in combating COVID-19 and promoting the transfer of vaccine production technology, affirmed UN Resident Coordinator in Vietnam Kamal Malhotra in the meeting with President Nguyen Xuan Phuc in Hanoi on August 12.
August 13, 2021 | 09:27