The event is part of activities toward the 50th anniversary of Vietnam-Malaysia diplomatic ties (1973-2023).

At a reception for the Vietnamese delegation, Rear Admiral Farizal Myeor, Deputy Commander of the Western Fleet of the Malaysian Navy, said the Malaysian Navy wishes to enhance cooperation and mutual understanding between the two navies through the visit.

He also said that Malaysia is promoting cooperation with countries in the region and the world, including Vietnam.

Colonel Huynh Vinh Tuyen, deputy director of the Vietnam Naval Academy, emphasized that collaboration between the two navies is considered a bright spot in the Vietnam-Malaysia defense cooperation.

Since 2010, the two countries have established a bilateral naval consultation mechanism to periodically determine specific contents of cooperation in the future, he said, adding that the two navies have so far conducted three consultations.

The two navies regularly send delegations and ships to visit and support each other in organising international events, Tuyen noted.

The Vietnamese officer stated that through the visit he wants to convey a message of friendship, desire for cooperation, trust and mutual understanding between the two navies and armies.

The Vietnamese delegation on October 5 paid a courtesy call to Rear Admiral Dato’ Anuar Bin Mohamed, Commander of the Simulation and Training Centre under the Royal Malaysian Navy located at Lumut Naval Base.

At the meeting, Anuar said he expected the two navies to promote cooperation, especially in the exchange of officers, training and education.

He also said the two navies will make milestones to strengthen the countries' diplomatic relations.

Visiting the Simulation and Training Centre, the members of the delegation were introduced to the center's activities as well as visiting the activities of a number of function rooms, directly witnessing the officers and staff works and manipulates simulation equipment at the center.

Also on October 5, officers, sailors and cadets aboard Sailing Ship 286-Le Quy Don had a friendly volleyball match with officers and sailors of the Royal Malaysian Navy ship KD Mahawangsa.

On the evening of October 5, the delegation of the Vietnam People's Navy held a reception on the sailing ship 286-Le Quy Don. Rear Admiral Dato Anuar bin Mohamed and his wife and a large number of guests who are commanders and officers of the Malaysian Navy attended this special party.

At the reception, the unique traditional dishes of Vietnam and the unique musical performance of the artists of the Navy Van Cong troupe left good impression on the guests.

Officers and sailors aboard the KLD Tunas Samudera and at some units of the Western Fleet of the Malaysian Navy visited Sailing Ship 286-Le Quy Don. The ship commander introduced the ship's functions, tasks, training and training activities to the guests. 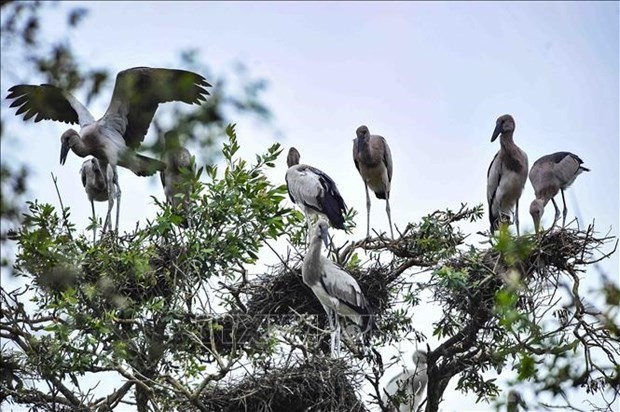 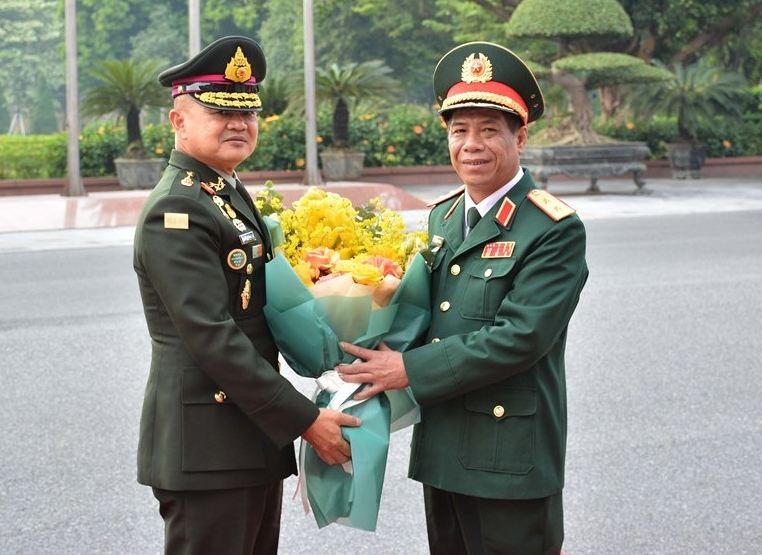