The Tokyo High Court recently began hearing an appeal against a lower court ruling convicting a man of the murder of a 9-year-old Vietnamese girl in 2017, with prosecutors calling for a death sentence and the accused seeking acquittal.

According to the Japan Times, the Tokyo High Court on September 26 began hearing an appeal against a lower court ruling convicting a man of the murder of a 9-year-old Vietnamese girl in 2017, with prosecutors calling for a death sentence and the accused seeking acquittal. 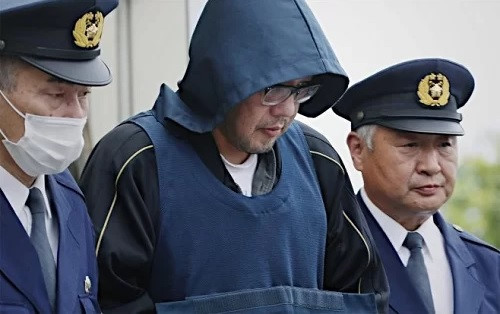 Le Thi Nhat Linh, a third grade student at Mutsumi No. 2 Elementary School, Chiba Prefecture went missing on March 24, 2017, and was found dead near a drainage ditch in the city of Abiko two days later. A man named Yasumasa Shibuya was arrested the following month.

The district court convicted Shibuya on the grounds that DNA matching his was found on the victim’s body and that DNA in blood found in his vehicle matched the girl’s.

In July last year, the Chiba District Court sentenced Shibuya to life in prison for abducting the girl into his vehicle, sexually assaulting her and strangling her before abandoning her body. However, the defense argued that the DNA evidence might have been forged or contaminated.

After the hearing on September 26, Le Anh Hao, the victim's father told a news conference in Tokyo that he was hoping for justice and a ruling in favor of capital punishment.

Le Anh Hao holding his child's picture on the way to court in June. Photo: Ashi

“I just hope the court will give a death penalty ruling soon,” he said.

Lamenting that he hasn’t yet received an apology from Shibuya, he said he could not accept the defendant’s claims of his innocence and thus could not accept the life imprisonment ruling from the lower court. He called for the judges to take into account inconsistency in Shibuya’s testimony, including claims concerning health issues that he believes could have left the jury unsure, potentially leading to a milder sentence, reports the Japan Times.

Two years after the death of Linh, her family was still struggling with shocks and pains. According to Linh's father, the prolonged trial has added to his suffering.

“The memories are most painful when I’m commuting to work and I see Linh’s friends on their way to school. I keep asking myself: ‘Why can’t she be there anymore? Why did this all have to happen to her?'” “I just don’t know what to do.”, says Linh's father. He has collected signatures from 1.34 million people seeking the death penalty for Shibuya.

According to the Japan Times, the trial is expected to continue until at least February, as the next hearings are scheduled for Nov 29 and Jan 31.