Vice President Vo Thi Anh Xuan had meetings with several Thai leaders and high-ranking officials within the framework of her visit to Thailand to attend the Global Summit of Women (GSW) 2022.
Hannah Nguyen
ngminhphuong26@gmail.com June 25, 2022 | 06:51

Vice President Vo Thi Anh Xuan met with Thai Prime Minister Prayut Chan-o-cha in Bangkok on June 24, affirming that Thailand is always one of the leading partners of Vietnam in the region.

At the meeting, the two sides shared the view that Vietnam - Thailand enhanced strategic partnership has been thriving in all areas, with growing political trust, rising trade, and investment, vibrant cultural and people-to-people exchanges, and expanding locality-to-locality ties.

They agreed to increase all-level mutual visits and develop bilateral trade in a balanced and win-win manner to reach USD 25 billion by 2025.

The teaching of Thai and Vietnamese languages in each other’s countries will continue to be encouraged, and Vietnam’s cultural and historical values in Thailand are upheld, while locality-to-locality and people-to-people exchanges are promoted, they said.

Both sides also agreed that Vietnam and Thailand will enhance coordination to maintain the solidarity and centrality of the Association of Southeast Asian Nations (ASEAN), boost sub-regional cooperation such as in the Mekong sub-region and the Ayeyawady-Chao Phraya-Mekong Economic Cooperation Strategy (ACMECS), and contribute to the development of the ASEAN Community.

She thanked the Government and local administrations of Thailand for facilitating the building and management of the President Ho Chi Minh relic sites in the country, voicing her hope that the two sides will continue working together to preserve and bring into play the sites' values.

She also asked Thailand to continue providing favorable conditions for the Vietnamese community to work and study in the country.

Welcoming the Vietnamese delegation, PM Chan-o-cha said their participation in the Global Summit of Women reflects Vietnam’s attention to raising the roles of women and young people and assisting disadvantaged people.

He congratulated Vietnam on its socio-economic development achievements despite the pandemic’s impacts, stressing his country attaches importance to their enhanced strategic partnership.

The PM agreed to step up cooperation to foster economic, trade, and investment ties, as well as connections between Vietnamese and Thai localities. He also pledged more favorable conditions for the Vietnamese community in his country so that they can serve as a bridge linking the two countries.

Earlier, on June 23, Xuan had meetings with Thai Deputy Prime Minister and Foreign Minister Don Pramudwinai, the President of the Vietnam - Thailand Friendship Association, and executives of AMATA, Siam Piwat, and Central Groups.

She and the Thai Deputy Prime Minister agreed to strengthen collaboration to effectively implement agreements reached by senior leaders, including promoting the exchange of delegations at all levels, strengthening the connectivity of the two countries' economies, infrastructure, and supply chains, creating favorable conditions for businesses of the two countries and boosting people-to-people exchanges.

At her meeting with the President of the Thailand-Vietnam Friendship Association and chairman of the Thai Chamber of Commerce Sanan Angubolkul, the Vice President suggested that the association continue to hold activities in the economic, cultural, social, and technical fields, especially creating conditions for businesses of the two countries to meet and seek investment opportunities.

He said in the near future, the association will organize visits and increase cultural, education and sports exchanges which were disrupted by Covid-19.

On June 22 evening, Vice President Vo Thi Anh Xuan had a meeting with Vietnam's embassy and representatives of the community in Thailand.

The Vice President suggested the embassy pay more attention to community work so that people, especially the younger generation, would better understand and turn their hearts towards the homeland. 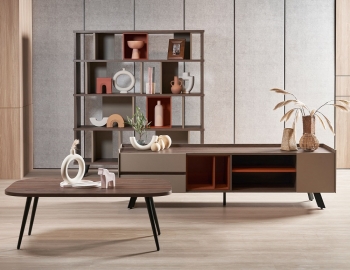 Setting itself up as a leading home-grown designer furniture brand, Cellini sustains its promise to deliver quality craftsmanship, exclusive designs, and timeless furniture pieces. Reimagining the creations of its in-house craftsmen, Cellini's latest launch draws much of its inspiration from the vibrant hues of the colour wheel and the increased demand for exuberant furnishings for revamping one's abode. Putting its signature artistic spin on everyday pieces for the modern individual, this launch aims to bring true art into the space we live in.
10:00 | 11/08/2022