Vietnamese automaker VinFast is ready to take the world by storm with its intelligent EV which will be available in the North American and EU market.
Tarah Nguyen
thuyhang.vietnamtimes@gmail.com August 30, 2021 | 10:47

The fast-growing flagship Vietnamese car manufacturer says it will introduce its electric vehicles in five new markets in early 2022, another sign of the expanding range of available EV options for would-be buyers

The company is setting up a presence in the U.S. and hopes to start sales of its compact and mid-size EV crossovers in California in 2022.

There is also a new line of electric vehicles coming to market in Canada with the arrival of VinFast Auto Canada — a subsidiary of Vietnamese conglomerate, Vingroup, which is also the owner of the country’s first auto company, VinFast.

Having sold over 30,000 units, the automaker has already garnered an 8.3 percent market share in Vietnam. The company plans to sell US-specific models, E35 and E36, to give tough competition to Tesla and General Motors. The E35 will be an SUV/crossover model with a stylish design and stunning performance. With plans to offer a surprising array of autonomies and a battery leasing scheme, VinFast shall make electric vehicles more affordable than ever.

The VinFast E35, also dubbed as the V32, is a segment-D crossover, the perfect blend of safety and intelligent features, starting with its magnificent powertrain. Here’s a glimpse at the VinFast E35.

A Detailed Look At The Vinfast VF E35

The Vietnamese brand's entry to the U.S. market will be based around the upcoming VFe35 and VFe36, a compact and mid-size electric crossover, respectively. Details for the U.S.-specific models have not yet been announced. VinFast had originally targeted sales of 56,000 EVs in 2022, but the global semiconductor chip shortage has forced VinFast to reduce that goal to 15,000 units.

On VinFast Canada’s social media accounts, the company said, “VinFast Auto Canada Inc. an OEM distribution company with a Direct-to-Consumer business model, has an ambitious growth strategy planning rapid retail and aftersales facility expansion in Canada over the next 12 months.”

Based on the detailed images of the VF e35, it can be realized that this is the model that had the name VF32 that VinFast announced earlier. This SUV / crossover model is located in the D segment with an overall length of 4,750 mm and a wheelbase of 2,950 mm. This length can be compared with models like Mercedes-Benz GLC or BMW X3. The VF e35 wheelbase is larger than the two models mentioned above (2,950 mm compared to 2,873 mm and 2,864 mm).

VF e35 designed by Pininfarina. Front and rear lights have many details similar to the Lux A2.0 and Lux ​​SA2.0 models. The rim is almost the same as the one on Lux A2.0 and more elaborate. As an electric vehicle, the VF e35 has no front grille.

VF e35 interior is revealed in more details. The cabin design reminds us of a Tesla car without a clock behind the wheel and replaced with a large screen in the middle. VinFast said this screen has a size of 15.4 inches. Another special detail on the VF e35 different from the VF e34 is the button to change the PRND number in the center, not the knob. A small knob is located nearby to adjust the volume. Surrounded by multi-colored interior lights. Above there is a panoramic sunroof.

One of the most important features of the VinFast E35 is providing an easy and carefree experience. Designed by the extraordinary Italian firm Pininfarina, the E35 sports a comfortable and chic look. The car's overall length is 4,750 mm with a wheelbase of 2,950 mm, which is larger compared to Mercedes-Benz GLC and BMW X3. The car's front end is adorned with 2 LED projectors and a V-shaped LED strip that gives the brand its distinct identity. Equipped with multi alloy wheels, the E35 is expected to be available in 19 and variants. VinFast E35 does not have a front grille since the heat dissipation mechanism does not require an internal combustion engine. The rear is similar to its predecessor, E34, and is designed with a cluster of LED lights, and the VinFast logo is inscribed in the middle.

The company says it is working with StoreDot of Israel on "extreme fast-charging batteries" for electric cars. StoreDot says it is the first company in the world to make electric scooter batteries that recharge in five minutes and hopes to bring the technology to full-size cars to eliminate drivers' "range anxiety."

"We want a convergence of the world's best technologies, combined with the intelligence of the Vietnamese people, in producing the batteries with better technology [and] lower prices," Vingroup Vice Chair Le Thi Thu Thuy said late on Monday.

"VinFast plans to open more rechargeable battery factories in Europe and the U.S. to ensure our own adequate supply," she added.

EVs that charge in the same amount of time it takes to fill a gas tank could help win over drivers who are afraid of running out of juice on the road, though such cars are likely still years away. StoreDot's goal is to have a battery by 2025 that goes 100 miles (160.9 km) on a five-minute charge, according to a news article posted on the company's website.

In the meantime, Vingroup will allow customers to lease batteries, which could reduce the upfront price of an EV. Batteries can account for 30% of EV production costs. Vietnam's biggest private conglomerate told Nikkei Asia it targets vehicle sales of 160,000 to 180,000 a year in the U.S.

The interior of the E35 resembles a Tesla with some minor tweaks. The E35 comes with a panoramic sunroof and a customizable 15.4-inch of infotainment screen. The Park, Reverse, Neutral, and Drive buttons are located in the center rather than the gear shift knob. With an SAE rating of 2-3, the intelligence features in the E35 are divided into seven groups - Driver assistance, lane control, speed control, driver monitoring, parking assistance, scene collision warning, and mitigation. For advanced options, VinFast will include lidars for high performance and fourteen cameras with the ability to detect objects that are up to 687 meters away. Additionally, nineteen 360-degree sensors will detect handling and warning at speeds above 62 MPH.

NVIDIA’s next-generation self-driving Orin X-chip processes 200 GB of data per second which allows controlled navigation eight times faster than the current hardware for the VinFast E35. The level-4 autopilot features include a wide array of features from auto-parking to summoning the electric car.

To pave the way for a better future, VinFast has joined the electric revolution. For powerful operations, the VinFast E35 mounts two motors on the front and rear axles, respectively. The battery for the crossover is located under the roof. It is available in two options - a single motor with a capacity of 150 KW and 236 lb-ft of traction and a twin-motor with 300 KW capacity and 472 lb-ft tractions. Also, the E35 will provide an option of a 2.0-liter petrol engine that produces 189 HP and traction of 206 lb-ft.

The battery in the E35 can run for 250 miles on a full charge. Instead of selling batteries, VinFast offers an attractive incentive in the form of a battery rental service. Since the battery is the most expensive part of the car, this breakthrough offering is a game-changer. VinFast will take responsibility for the battery quality and life during its expectancy and offer the customers a battery exchange once the batteries receive a charging below 70%.

To complement the cost-effective battery rental, it is important to note that the VinFast E35 comes with the highest safety rating standards from the NHTSA and Euro NCAP. Engineered with automatic detection and warning notifications, the travelers will be redirected towards the nearest medical facility in case of an accident. The batteries under the car floor are heat resistant up to 400-800-degrees Celsius. Also, E35 will detect faults and notify about software updates.

The entire design and engine build-up to a powerful electric car that is the VinFast E35. From the hand-cut sewn materials for detailing in the interior to the battery rental feature, the E35 is made purely by keeping the owner in mind. VinFast turned to its manufacturing and engineering facility in Hanoi, Australia, which was recently purchased from General Motors to build a state-of-the-art car.

VinFast had originally targeted a sale of 56,000 electric vehicles in 2022, although the global shortage of semiconductor chips reduced the target to 15,000 units. Due to its distinctive features, the VinFast E35 is slated to cost between $40,000 to $60,000 in the North American market.

The bookings for the VinFast E35 will commence from September 2021 in Vietnam, and the vehicle will be delivered by February 2022. On the other hand, in the United States and other major European countries, preorders will start from November 2021, with expected delivery in June 2022 to usher into the new era of electric vehicles. 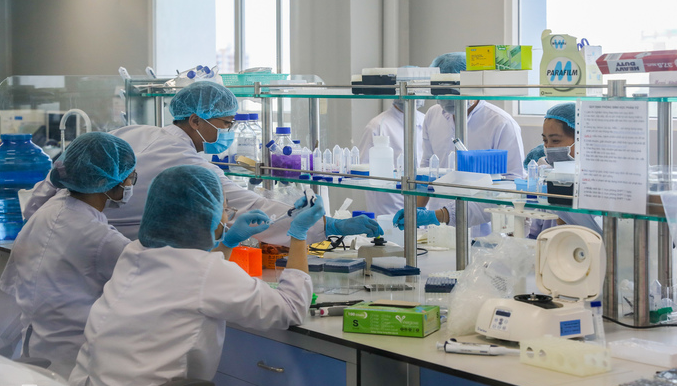 Conglomerate Vingroup has signed an agreement with US Arcturus Therapeutics medicines biotechnology company on the transfer of COVID-19 vaccine production technology and a collaboration to establish a manufacturing facility in Vietnam for the manufacture of Arcturus’ mRNA COVID-19 vaccine candidate for sales and use in Vietnam.
August 03, 2021 | 10:48 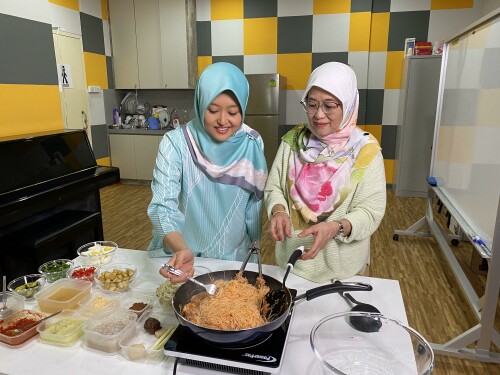 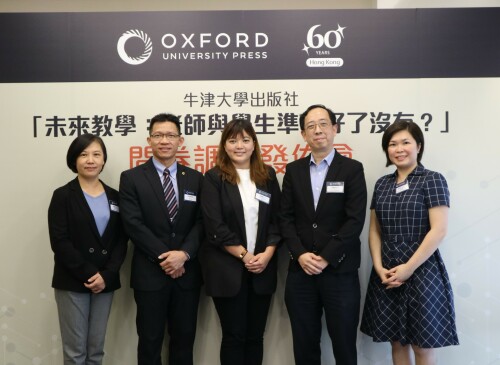