What is H-1B visa programme suspended by Trump?

The US President Donald Trump has signed an executive order to freeze Green Cards till the end of the year and expand it to also cover non-immigrant work visas such as H-1B, H-2B.

According to NBC News, H1B visas for tech workers, H2B visas for low-skill jobs, H4 visas for spouses of certain visa holders and J visas for those participating in work and student exchanges, as well as L visas for intracompany transfers, will all be suspended through Dec. 31.

The suspension of those categories is in addition to the halting of visas on April 22 for certain family members of green card holders.

Au pairs, university professors and people working in food processing, such as agriculture or seafood, are exempt from the visa suspensions.

The officials said Trump has also asked the Departments of Homeland Security, State and Labor to work on regulations that will have a permanent impact, such as ending work permits for many asylum seekers and ending the lottery system for H-1B visas.

What is H-1B visa programme? 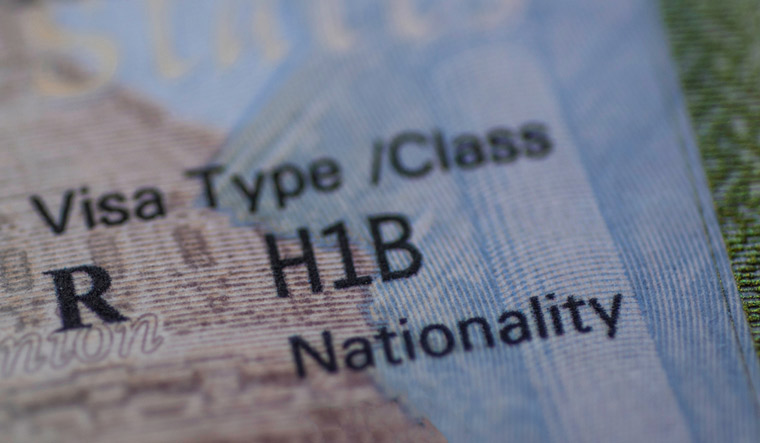 Hindustantimes reported that, H-1B visa programme is a non-immigrant of its kind for highly skilled foreign workers.

The H-1B is the largest guest worker programme in the United States, and an important channel for high-skilled immigrants to get into the country. It allows companies to employ foreign workers in occupations that require technical expertise in areas that are difficult to fill. The H-1B programme has benefitted the tech industry enormously.

The programme is employer-driven. This means that companies tell the US government that they need these visas for certain specialised roles. The companies also promise the new workers under the programme will not be given salaries less than their American counterparts. And that the foreign workers will not adversely affect the working condition of other workers.

Indians are the largest beneficiaries of the programme of the 85,000 visas (65,000+20,000 Masters quota) given out annually by the United States.

H-1B visa holders who are currently not in the US can still re-enter the country. The visa also doens't impact people waiting for visa renewals who are already in the US.

Why did the US suspend non-immigrant worker visas?

According to Indian Express, since it was started in 1952, the H-1 visa scheme has undergone many changes and revisions to allow or disallow certain categories of skilled workers in the US, depending on the economic situation of the country.

The technology boom coupled with the arrival of the internet and low-cost computers in developing nations such as India and China saw a large number of graduates willing to work at relatively low costs in the US, a win-win situation for both the employer and the employee. However, it has since often been criticised for sending low cost workers to the US at the expense of domestic workers.

Trump seized the opportunity provided by the economic contraction due to Covid-19 by first banning the entry of non-immigrant workers till June 23, and then extending it till December 31.In January 2017, after taking over as the president of the US, Trump had hinted that the low-cost workers were hampering the economy and undercutting jobs of citizens. The US had then hinted at reforming the “broken” H-1B visa system.

In his executive order extending the ban, Trump said that while under normal circumstances, “properly administered temporary worker programs can provide benefits to the economy,”, the extraordinary economic contraction created due to Covid-19 posed a threat to the US workers.

How the suspension of H-1B impact the US from the views of business runners?

The move, which is blasted by a lot of tech firms operating in the US, was considered aiming to protect local workers, who are facing unemployment ignited by the spread of Covid-19 pandemic.

The visa suspension will open up 525,000 jobs for U.S. workers, a senior administration official said on a call with reporters, Reuters reported.

The official, who did not explain how the administration arrived at that figure, said the move was geared at “getting Americans back to work as quickly as possible.” 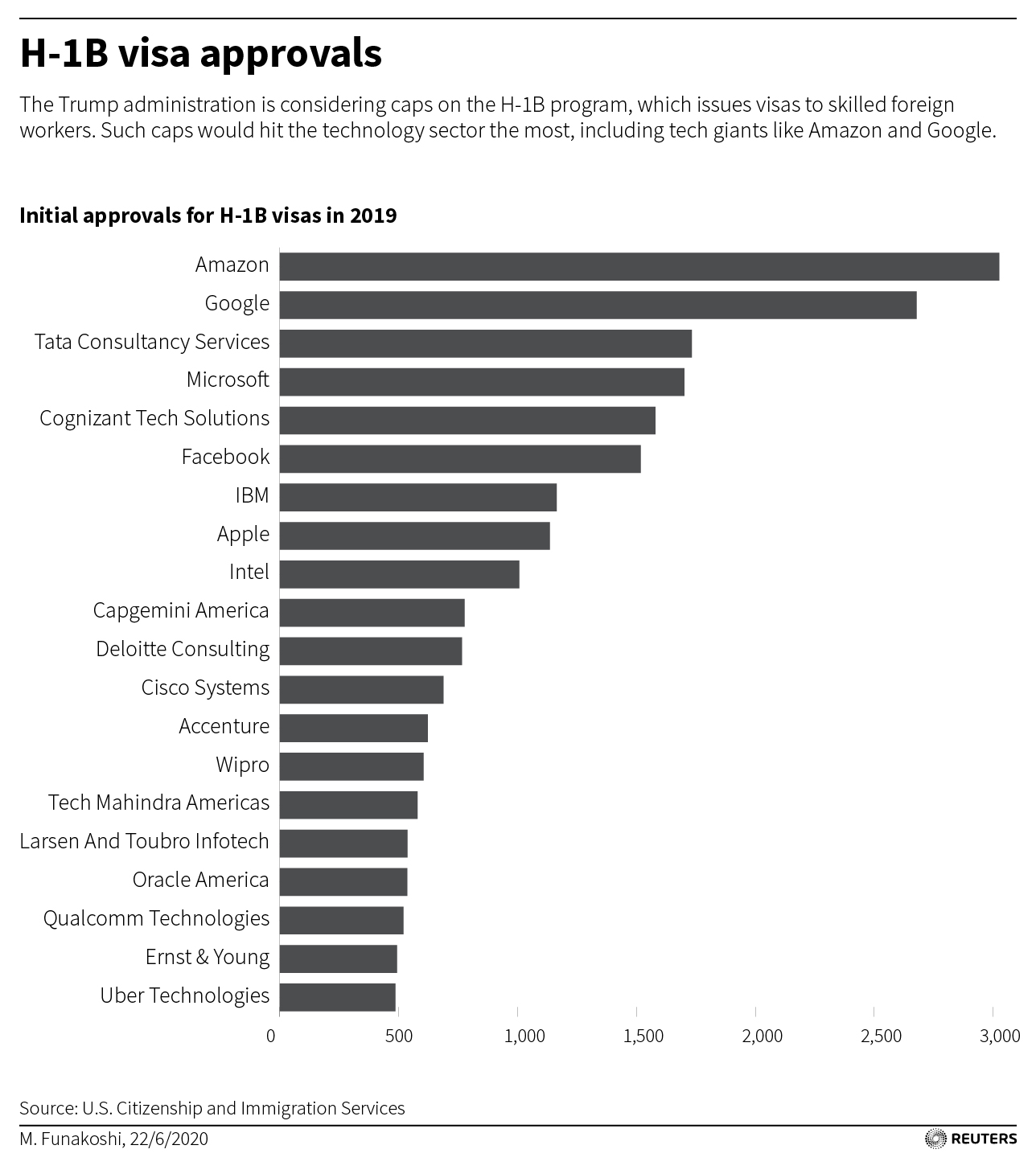 However, businesses including major tech companies such as Google and Amazine and the U.S. Chamber of Commerce said the visa suspension would stifle the economic recovery after the damage done by the pandemic.

Critics of the measure say Trump is using the pandemic to achieve his longstanding goal to limit immigration. The proclamation’s immediate effects are likely to be limited, as U.S. consulates around the world remain closed for most routine visa processing.

Immigration attorneys were working on Monday to determine what the order might mean for clients now out of the country.

The measure also exempts food supply chain workers and people whose entry is deemed in the national interest. The suspension will include work-authorized J visas for cultural exchange opportunities, including camp counselors and au pairs, as well as visas for the spouses of H-1B workers.

In a statement, BSA, the Software Alliance, whose members include Microsoft and Slack, urged the administration to “refrain from restricting employment of highly-skilled foreign professionals,” adding, “These restrictions will negatively impact the U.S. economy,” and decrease job opportunities for Americans.

World breaking news today (April 20): Cuba has a new leader and it’s not a Castro