Who Shot Haitian President: Two Americans Among 15 Detained Over The Assassination

Two US citizens are among more than a dozen arrested in Haiti in connection with the assassination of President Jovenel Moise.
Tarah Nguyen
thuyhang.vietnamtimes@gmail.com July 09, 2021 | 15:29

A heavily armed commando unit that assassinated Haiti’s president, Jovenel Moïse, was composed of 26 Colombians and two Haitian Americans, authorities have said, as the hunt goes on for the masterminds of the killing.

Moïse, 53, was fatally shot early on Wednesday at his home by what officials said was a group of foreign, trained killers, pitching the poorest country in the Americas deeper into turmoil amid political divisions, hunger and widespread gang violence.

The 53-year-old former banana exporter who took office in 2017, was murdered at his family home in the hills above Port-au-Prince about 1am local time on Wednesday. The first lady, Martine Moïse, was also wounded and later evacuated to Miami, where she is reportedly in a stable condition.

Elections Minister Mathias Pierre told that two US citizens were allegedly linked to Wednesday's attack. Pierre identified the men as James Solages and Joseph Vincent, both naturalized citizens from Haiti, according to the CNN.

In a press conference in the capital Port-au-Prince on Thursday, Haiti Chief of Police Leon Charles said 28 people were involved in the assassination, including 26 Colombians, in addition to the two Haitian-Americans.

In a video statement, Defense Minister Diego Molano said Interpol requested information from the Colombian government and the National Police about the alleged perpetrators.

Eleven of the suspects were arrested after breaking into the embassy of Taiwan in Port-au-Prince, which sits near the residence where Moïse was killed, a statement from Taiwan’s ministry of foreign affairs said.

Early on Thursday morning embassy security discovered the “group of armed suspects”, described as “mercenaries” in the ministry’s statement, and notified the Haitian government. Taiwan agreed “without hesitation” to allow Haitian police access, a spokeswoman said.

“The Haitian police launched an operation at about 4pm … and successfully arrested 11 suspected armed criminals. The process was smooth and the suspects did not resist.” The spokeswoman did not provide the nationalities of the arrested men.

The Taiwan embassy had been closed on Wednesday as a safety measure in response to the assassination and staff had been working from home.

Colombia’s defence minister, Diego Molano, said in a statement that preliminary information indicated that Colombians involved in the attack were retired members of the country’s military. He said Bogotá would cooperate in the investigation.

A state department spokesperson could not confirm if any US citizens were among those detained, but US authorities were in regular contact with Haitian officials, including investigative authorities, to discuss how the US could provide assistance.

Officials in the mostly French- and Creole-speaking Caribbean nation had said on Wednesday the assassins appeared to have spoken in English and Spanish.

“It was a full, well-equipped commando, with more than six cars and a lot of equipment,” Pierre said.

Officials have not yet given a motive for the killing.

“The United States offers condolences to the people of Haiti, and we stand ready to assist as we continue to work for a safe and secure Haiti,” President Joe Biden said in a statement Wednesday.

U.S. Rep. Frederica Wilson and Miami-Dade County Commissioner Jean Monestime both said Thursday in Miami that Haiti needs help from the U.S. She met with reporters at the Little Haiti Cultural Center and said she is “fully committed” to working with the Biden administration to help Haitians. 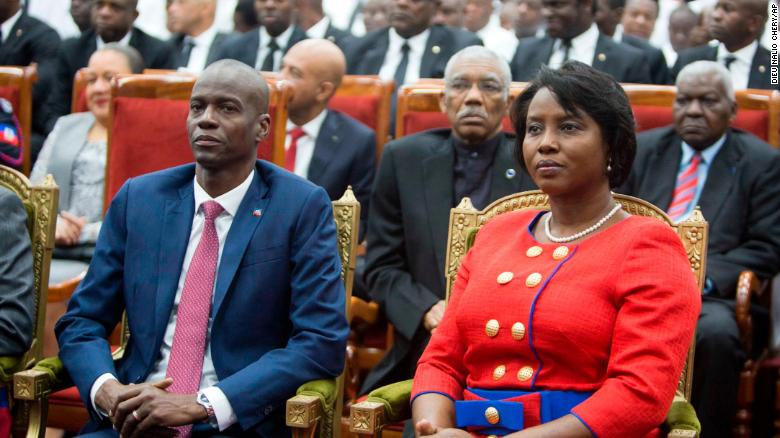 The Assasination of President Jovenel Moise: Who Are The Killers, The Political Reason Behind

Early on Wednesday, Haiti's President Jovenel Moise was assasinated in his own resident by a group of killers, which caused distress and chaos in the community with the threat of violence breaking out.
July 08, 2021 | 13:25