Speaking at the opening ceremony, Comrade Tran Thanh Man warmly welcomed international delegates attending the 22nd Assembly of the World Peace Council, saying that the justified struggle of the Vietnamese people has become an integral part of the world's struggle for freedom, justice, national independence, peace, and social progress. Peace-loving people worldwide, including the Council and its membership organizations, have stood hand-in-hand with Vietnam, creating an unprecedented wide, unified international front supporting Vietnam, making an important contribution to the victory of the Vietnamese people.

Comrade Tran Thanh Man affirmed that preventing the risk of wars and conflicts, protecting peace, and building a world of fair and sustainable development is becoming the top urgent tasks of progressive mankind the world. In order to do that, first of all, it is necessary to uphold the United Nations (UN) Charter and international law, especially the basic principles of respecting independence, sovereignty, territorial integrity, non-interference in the internal affairs of other countries, settlement of disputes by peaceful means in accordance with international law, non-threat or use of force, equal and mutually beneficial cooperation among all nations.

All countries need to step up the struggle for peace, disarmament, demilitarization, and complete abolition of nuclear weapons and other weapons of mass destruction. At the same time, it is necessary to strengthen cooperation to effectively deal with transnational threats, and traditional and non-traditional security challenges, and promote equitable and sustainable development for all countries in the world.

Comrade Tran Thanh Man believed that the 22nd Congress of the World Peace Council will provide strategic direction, build an effective action plan and propose practical solutions to innovate and improve the effectiveness of the Council's operations, making active contributions to efforts to prevent conflict, arms race, to eliminate weapons of mass destruction, and to promote respect for the principles of the rule of international law and the UN Charter. With the spirit of solidarity, wisdom and innovation, the World Peace Council will gather and unite more and more of the progressive forces in the world for the common struggle for peace, development, and social progress.

Reviewing some special historical milestones between Vietnam and the World Peace Council over the past years, Comrade Uong Chu Luu - Chairman of the Vietnam Peace Committee - told that over the past decades, the Council has continued to accompany and support the Vietnamese people's cause of building socialism and defending the Fatherland. In particular, the Council issued a resolution to support Agent Orange/dioxin victims in Vietnam, actively participating in protecting Vietnam on democracy, human rights, ethnicity and religion issues.

In the current context of the complicated international situation, Uong Chu Luu hoped that the congress would discuss and build strategic orientations and practical action plans to mobilize more and more organizations, individuals and peace movements in the common struggle for a peaceful world, fair and sustainable development.

Speaking at the opening session, Socorro Gomes Coelho - President of the World Peace Council - reaffirmed the Council's solidarity with the Vietnamese people in the cause of national construction and development.

Socorro Gomes Coelho said that the delegates will jointly set out the guidelines and tasks of the Council, together with other socio-political organizations, as well as democratic forces to prevent and defeat the belligerent and reactionary forces that are threatening to destroy the historical achievements of mankind.

On this occasion, the President of the Socialist Republic of Vietnam decided to award the Friendship Order - the highest honor for foreign affairs of the Party and State of Vietnam- to the Council and 3 individuals:

The World Peace Council is one of the core organizations in the world people's movement. Overcoming many difficulties and challenges, the Council has always been pioneering in gathering progressive peace forces around the world. Through dialogue, connection, and cooperation, the Council has created strength to realize the common goal of fighting for peace, against imperialist wars, and nuclear weapons, uniting and supporting the liberation struggle of the people of Asia - Africa - Latin America, overcoming war consequences and supporting war victims, including Agent Orange victims in Vietnam. 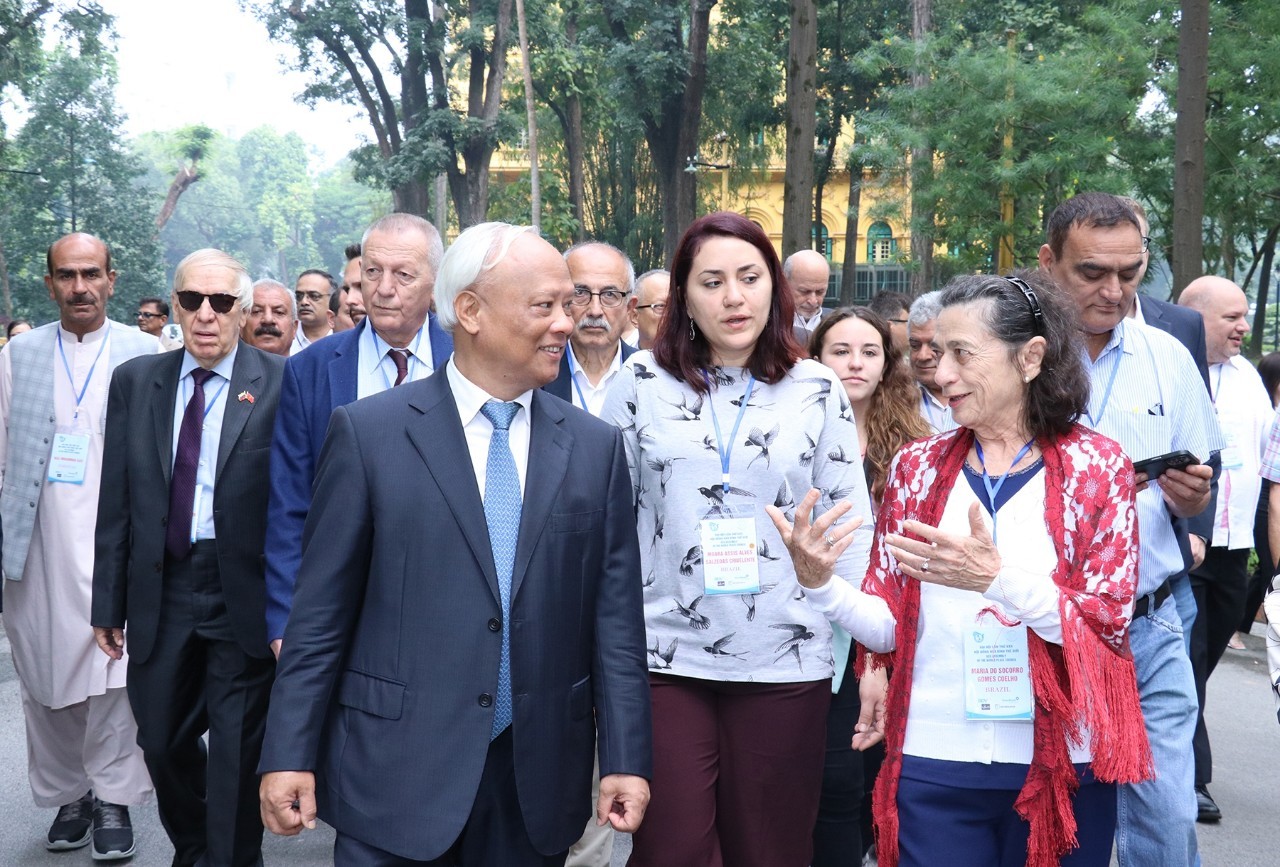 On November 22, during a visit to President Ho Chi Minh's mausoleum, international delegates to the 22nd Assembly of the WPC expressed their love, respect, and admiration for President Ho Chi Minh - a soldier for peace, independence, freedom, a hero fighting for Vietnam's liberation hero and a world cultural celebrity.
November 23, 2022 | 22:13 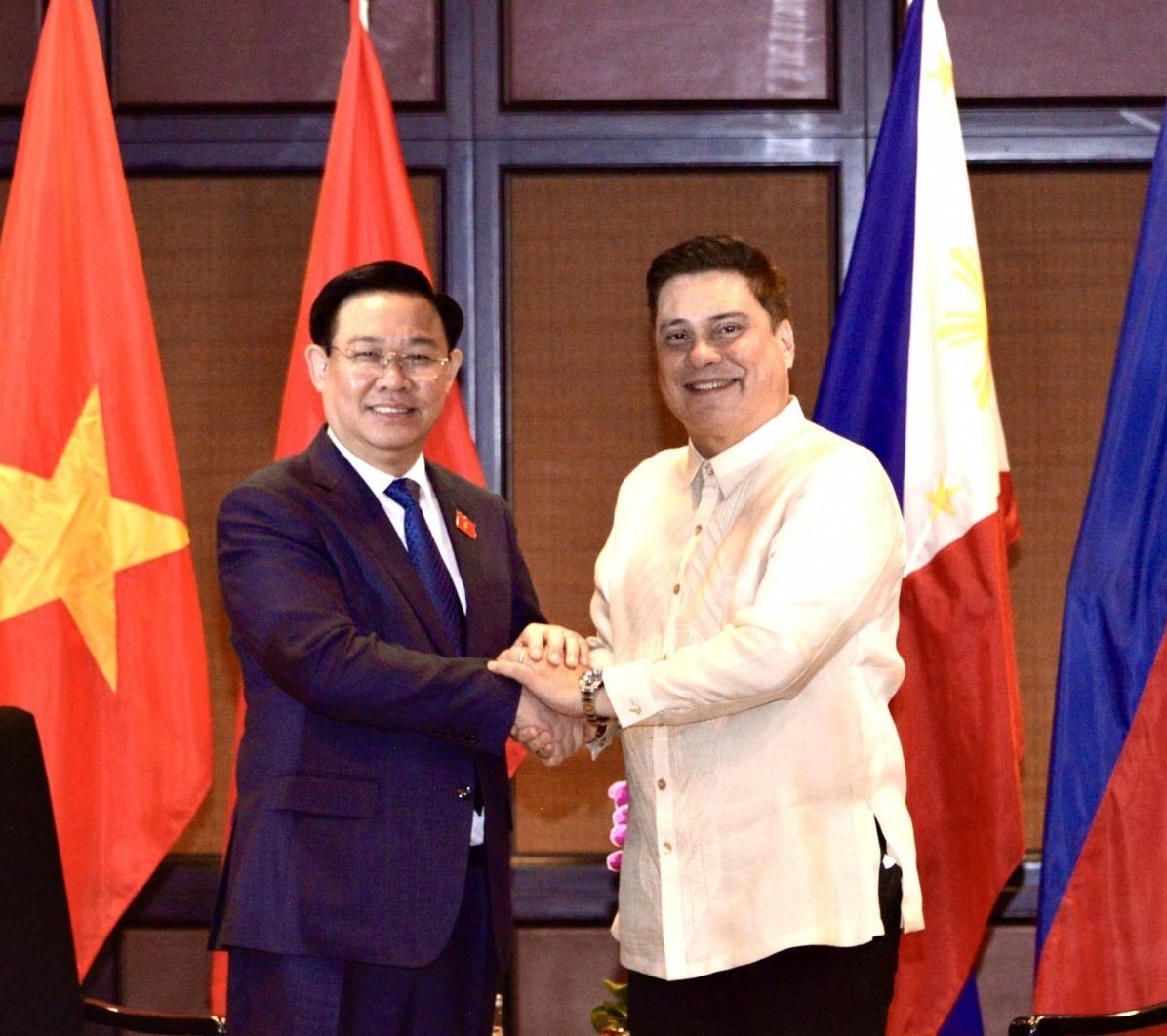 A bronze bust of President Ho Chi Minh and other objects were presented to a relic site dedicated to President Ho in Kunming City, in China’s Yunnan Province.
November 24, 2022 | 07:12
Phiên bản di động