You might find this list inspiring to propose a family trip or round up some friends for your cultural journey in the S-shaped country.
Zoey Nguyễn
nhungnguyenle.1209@gmail.com August 02, 2022 | 06:15

Planning a vacation centered around cultural experience is a pleasure — and perhaps a challenge — for foreigners s or for anyone who's looking for a deeper understanding of a strange land. When facing countless options but limited time, you can count on our suggestions, which are records of VietKings - Vietnam Record Organization, member of The World Records Union. Read on to discover some of the most iconic destinations in Vietnam, from the first university to the first money printing factory.

Ask yourself: Is the goal to visit a meaningful destination with something for everyone to enjoy? Do you want to have fun at the same courses as Vietnamese great leaders or explore the work of legendary designers? If yes, pack your suitcase and let the long-waited trip begin.

Since its construction in 1070, the Temple of Literature has witnessed ups and downs of Vietnam history, suffered from war damage and disasters, however, it is well preserved and maintains the Vietnamese traditional architectural style. In 1076, Imperial Academy was established inside the temple by Emperor Ly Nhan Tong, the son of Ly Thanh Tong, to educate Vietnam’s bureaucrats, nobles, royal and other members of the elite.

The temple covers a large area over 54,000 square metres, including Van Lake, Giam Garden and the inner space divided into five courtyards with separate walls and gates connected to each other.

This is a must-visit destination while in Hanoi if you love learning about ancient schooling system and exams. Spending about an hour discovering the temple, you can expect a sense of tranquility, relaxation and lots of greenery, authentic ponds.

Duyet Thi Duong was built in the 7th year of Minh Mang (1826). It is located in the southeast corner of the Forbidden City, the Hue Imperial Citadel.

This is a place dedicated to the King, his royal relatives, the officials, and the royal guests to see art performances (mainly royal classical drama).

This theater has a total area of ​​11,740 m2. The theater’s construction area is 1,182m2. The entire theater campus was formerly used to grow rare and precious medicinal plants. To the right of the theater is the Royal Hospital, a place to make medicine for the King and the Royal Family. On the left is the Thuong Thien department, which is used to prepare dishes for the King. They are all separated from the theater by a wall.

Currently, Duyet Thi Duong is the place to perform Hue music and songs of Hue Royal Art Troupe. On average, there are about 4 performances per day. Each month more than 2,500 visitors come to the Duyet Thi Duong theater to enjoy art, most of which are international tourists. Especially during Hue Festivals, this place becomes the center of attraction for international tourists. The performances are always crowded.

In the northern province of Hoa Binh, visitors can drop by Chi Ne Town in Lac Thuy District to check out the first money factory of Vietnam.

Inside the factory, which is now a history museum about Vietnamese currency and money printing, you will be revisit the historic milestones in Vietnam where Vietnamese banknotes replaced the French Indochinese piaster on February 3, 1946. There will also be a tour guide leading you to each of the importance events of the government's monetary policy like coin, bond and stock issues.

Vacationing at the Phu An bamboo village, you can enjoy green tea cups and the peaceful scenery of the first bamboo ecological conservation and museum in Vietnam.

This place was formed in 1999 based on the scientific idea of Dr. Diep Thi My Hanh, lecturer at University of Natural Sciences Ho Chi Minh City with the idea that you can witness with your own eyes the magnificence of Vietnamese bamboo.

Also you will discover the rich diversity of green bamboo ecosystems with more than 200 samples of living bamboo collected from many different regions of the land of Vietnam, interesting products made from bamboo as well as unique lessons about this plant through pictures and documentaries.

This is another icon of the capital city. The French-built bridge has still remained an important part of daily life for residents of the capital. Try walk across it on the weekend, especially on a windy evening, stop at the stop area on the bridge and buy boiled glutinous corn or charcoal-grilled sweet potatoes.

The bridge is also the best place in town to watch the sunrise or sunset.

In its more than 100-year history, Long Bien Bridge was once the second longest bridge in the world (just after the Brooklyn Bridge spanning the East-River in the US). It is even known as “the horizontal Eiffel Tower in Hanoi”.

You might wonder: is a hydropower plant site worth a visit? The answer is: Yes because this hydroelectric plant is special.

Located near Da Lat resort town in Vietnam's Central Highlands region, which was the first of its kind in Indochina, Ankroët hydroelectric plant remains a source of pride and nostalgia for insiders.

The plant is located at Ankroet Waterfall amidst the picturesque landscape of Suoi Vang Valley. According to a book titled “Dia Chi Da Lat” (Monographs on Da Lat), construction work on the facility began in October 1942. Its initial designed capacity was a mere 600 kilowatts, which is considerably smaller than that of its medium-size successors. What made Ankroët unique is that the structure and the two dykes were built from rocks mined in Suoi Vang Valley.

The making process of this relic is legendary yet sorrowing.

“The facility is the hard-earned fruit acquired by several thousand Vietnamese construction workers. Around 1,000 lost their lives during the process,” Nguyen The Son, a technical overseer at Ankroët Hydroelectric Plant, revealed.

This high school boasts a history that is dated back to 1874, making it the first high school of the nation.

The school was founded during the French colonialism and was named Collège Indigène (Indigenous College), said Truong Kim Quan, director of the city’s center for preserving historic sites.

It first admitted French children only, but was later opened to Vietnamese with French nationality early in the 20th century. At that time the school was renamed to Chasseloup-Labaut in tribute to the then Minister of the Navy and the Colonies.

In 1954, the school’s name changed to writer and philosopher Jean-Jacques Rousseau. Even though it continued to be managed by the French, most of its students were Vietnamese. It was renamed as Le Quy Don in 1970, one of the most famous scholars in Vietnam’s history.

Over the years, many of the school’s students have become successful in various fields and received national and international recognitions like late cultural scholar Vuong Hong Sen, late musician Trinh Cong Son, and late historian Tran Van Giau. Late King of Cambodia Norodom Sihanouk also enrolled in the school when he was 14. 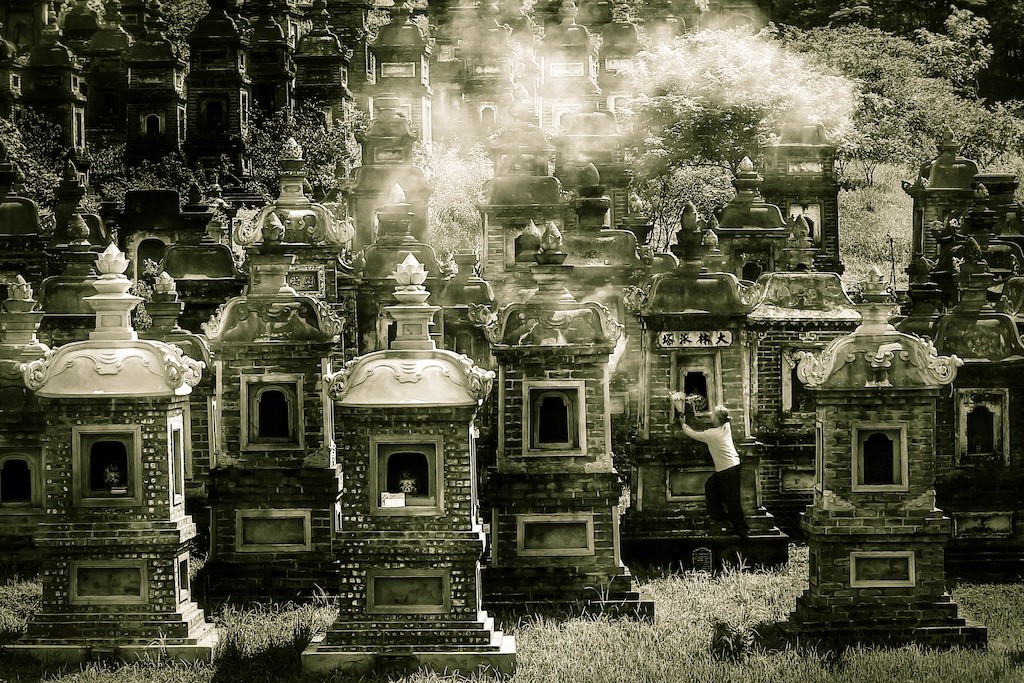 Bu Gia Map National Park is considered as one of the places that owns the largest ecosystem, as well as a place to store historical values ​​and preserve nature in the southern region in particular and Vietnam in general.
July 25, 2022 | 07:45
Phiên bản di động