It is like a benchmark that might end up as the foster beginning of 2020 with various world economies unlocking & the whole world population and economies restarting the wheel of life again. Have your own reading below for more details!

The first half of 2020 has come to an end & what a spectacular challenge and learning it has been for nearly 6 billion people on the earth. In our collective recent memory of the entire world's population, none of us would have come across a year as uniformly apprehensive and challenging as the first half of 2020.

It is like a benchmark that might end up as the foster beginning of 2020 with various world economies unlocking & the whole world population and economies restarting the wheel of life again. Have your own reading below for more details!

The New Year once again

The second half of 2020 is a benchmark that might end up as the foster beginning of 2020 with various world economies unlocking & the whole world population and economies restarting the wheel of life again. In the current situation, 1st July is also a benchmark since Jupiter has moved "back" into its sign of Sagittarius falling from the sign of Capricorn, spinning the wheel of fortune once again in favor of those people who were ruling the roost before the universal downturn changed lives since March 2020.

The new cycle of the next 12 months is interesting due to the completion of many difficult transits that started after the Covid19 crisis. As well as the commencement of the new ones that will lead all of us out of this unprecedented crisis eventually. Interestingly, Jupiter will complete its challenging run in its fallen sign of Sagittarius on 20th November 2020 & return to Capricorn with a whole new agenda of your life and financial position. Saturn will also complete its backward movement and bring clarity & focus back on what you do after 28th September. Mars would shake up the world on issues that would take up the focus between 10th September & 13th November and most interestingly Rahu (the dragon's head) & Ketu (the dragon's tail) will change their sign on 19th September breaking the original cycle that started showing effects in December 2019.

The effects on you

Jupiter & Saturn’s combined movement in Capricorn is desirable for you, as you would save more than before. It would be the time to find the resolution of pending inheritance, insurance matters or any issue with in-laws. You should be able to speak your mind out and that would be a gainful – speaking right thing at the right time. In all, a very active and promising 12 month period is coming up.

Let's pray for the universal good of mankind during the coming 12 months and hope the planets will once again shower their blessings on us.

In the material world, wealth is considered as the biggest asset. Our Vedas describe wealth as more than just physical wealth. There are 8 different aspects of wealth including health, courage, knowledge, success, and physical wealth is one of them. Rest seven of them are also the manifestation of wealth - they are in the form of a treasure. This treasure of wealth is encoded in the secret degrees in a horoscope. It is the individual strength of the Sun and the Moon that helps locate this degree in a horoscope called the Yogi Point - the secret point of material wealth & luck in a horoscope

Wealth is connoted in your horoscope in multiple ways. Your 2nd house is the house of wealth - the savings and bank balance you would have. Your 11th house is the house of gains - the monetary income that you make with your efforts. Besides these two factors, there are 3 more points of wealth in the horoscope. One of the key points comes from the individual degrees of Sun and Moon of your chart. This involves mathematical calculations to arrive at the timing of making money through this. It is exclusive to every horoscope as much as the longitude of Sun and Moon is different for every individual chart.

This sensitive degree is known as the Yogi Point. The Vimsottarri dasa planet that rules over this degree is known as your Yogi Planet and the house where it is located in your horoscope is the supporting house, indicating the source of your wealth.

It is an extremely positive degree in your chart for financial luck and fortune. The transit of benefic planets like Jupiter over this point denotes the period in your life for financial gains.

The dasa periods - the major and minor periods of the Yogi planet would be a great positive for your finances. At the same time, if you are running the dasa of Avayogi, then the period would cause obstruction of prosperity. Yogi Point and Dhan Yoga reading would unlock the time of your golden period with respect to wealth & prosperity. The reading would cover your potential of garnering wealth and the timing/age beyond or up to which your income flow would be positive. Sources of money flow and areas in which work should be done to accumulate wealth would also be arrived at. Your success in investments and the periods of highs & lows will also be made known. Along with this, your financial overview would be covered. 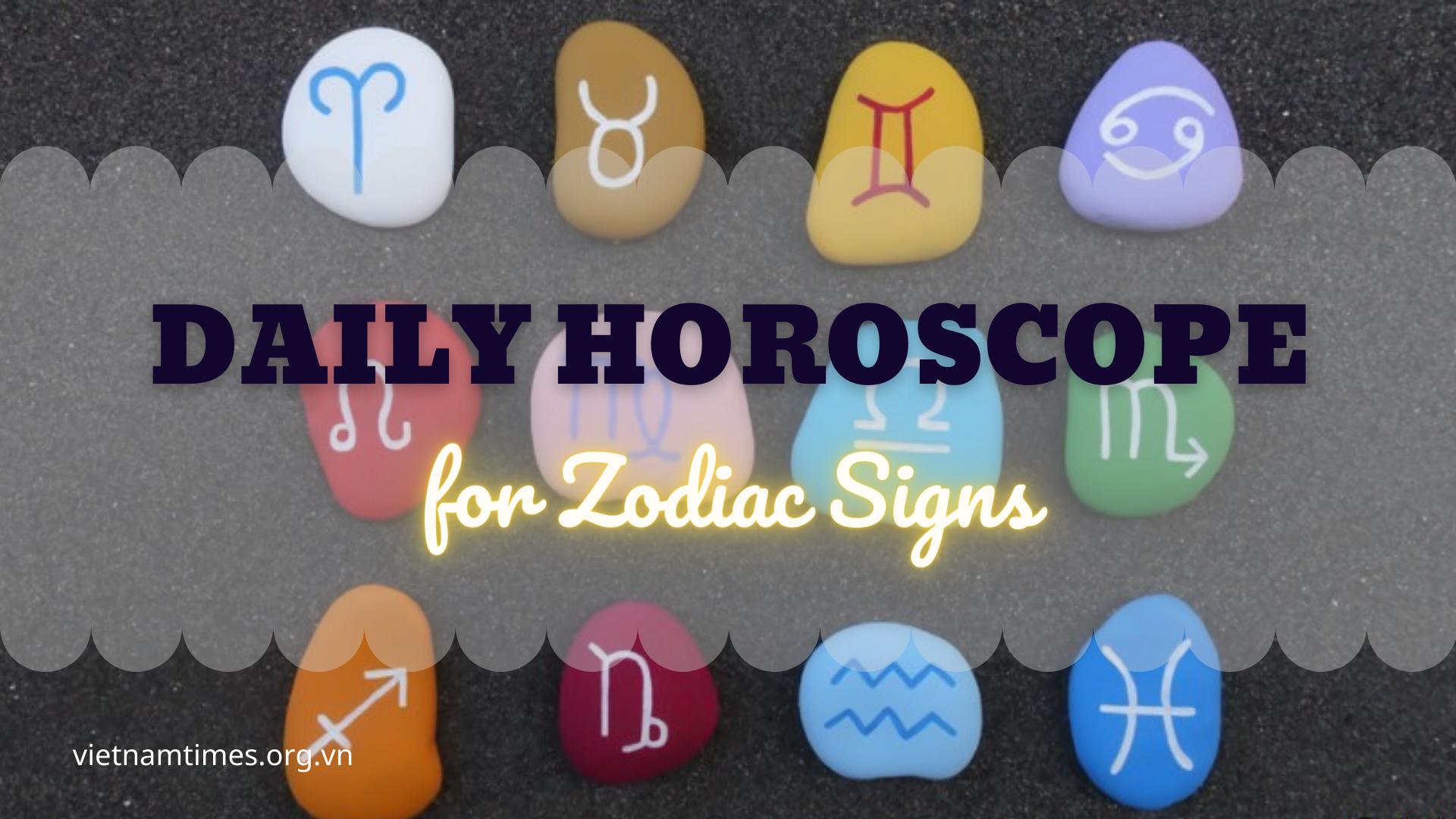 Daily Horoscope for August 13: On Friday, it's normal to continue where you left off yesterday. You can upgrade today, but it will be difficult to start new things. The stability you need at this point will not be achieved in a day or two, it may even take you several months, but not years, as the risk will then be at your expense.
August 12, 2021 | 08:02 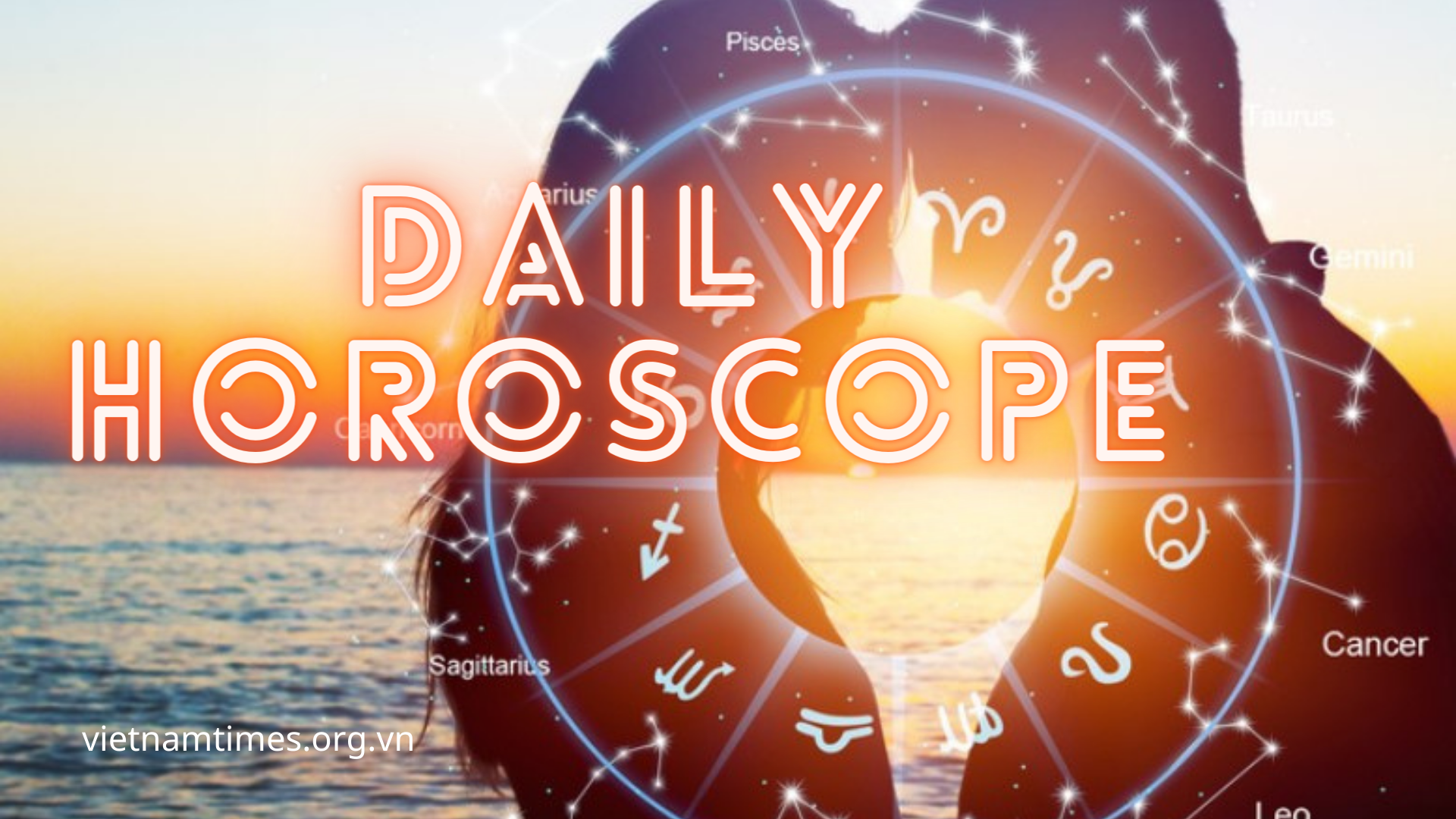 Daily Horoscope for August 12: On Thursday, it will be good to take the time to rethink the situation in the country where you live and around the world. Few do not feel the change and the new time in which we live. But this new time requires a new attitude, especially for those who want to adapt, to survive mentally and physically in the new times ahead.
August 11, 2021 | 09:15 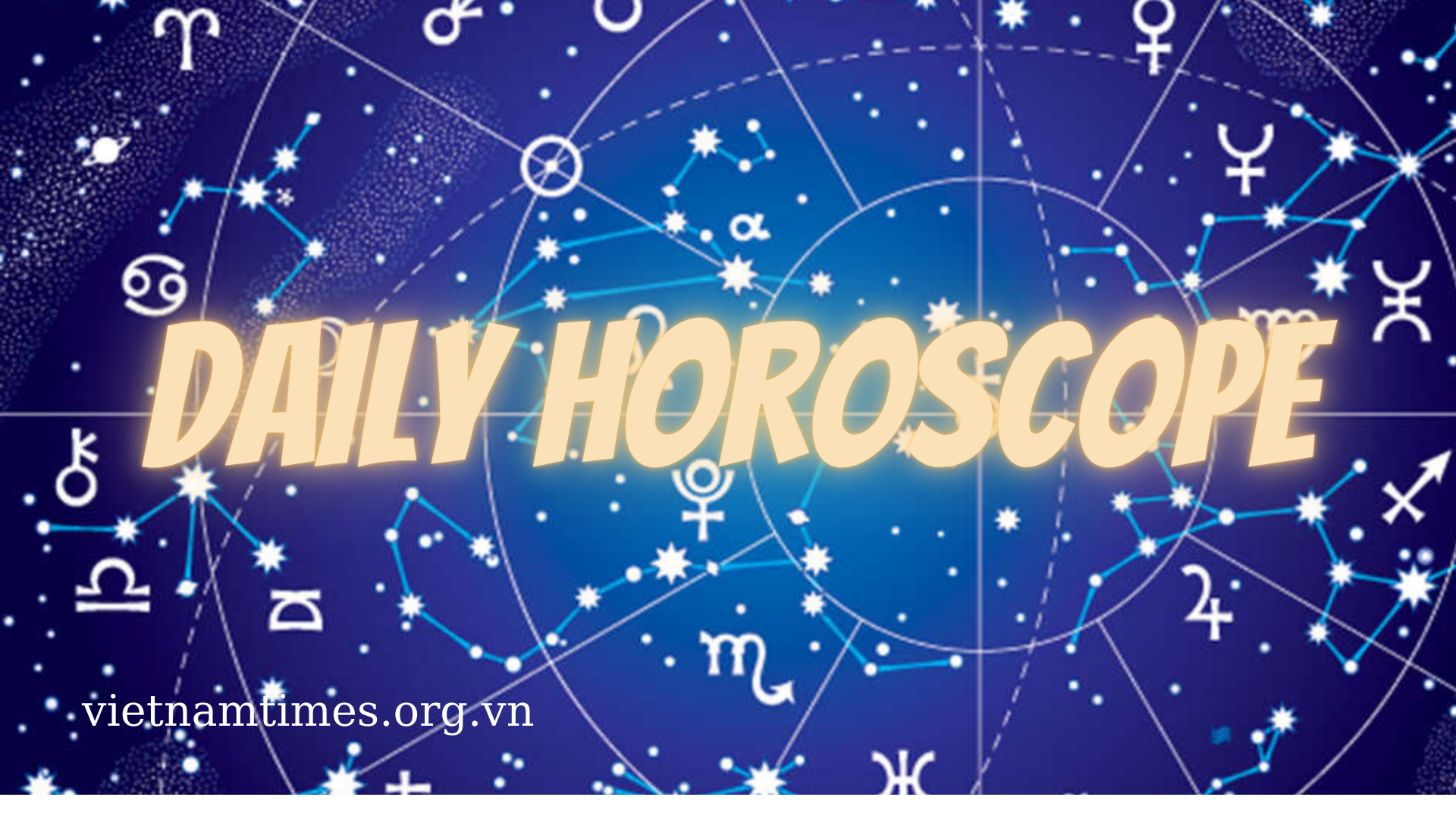 Daily Horoscope for August 11: On Wednesday, you will follow the events in the lives of people you know or in the society where you live with much more interest than focusing on your own affairs. Of course, there will be a reason for this, and there will be no connection with unwanted curiosity on your part.
August 10, 2021 | 11:05 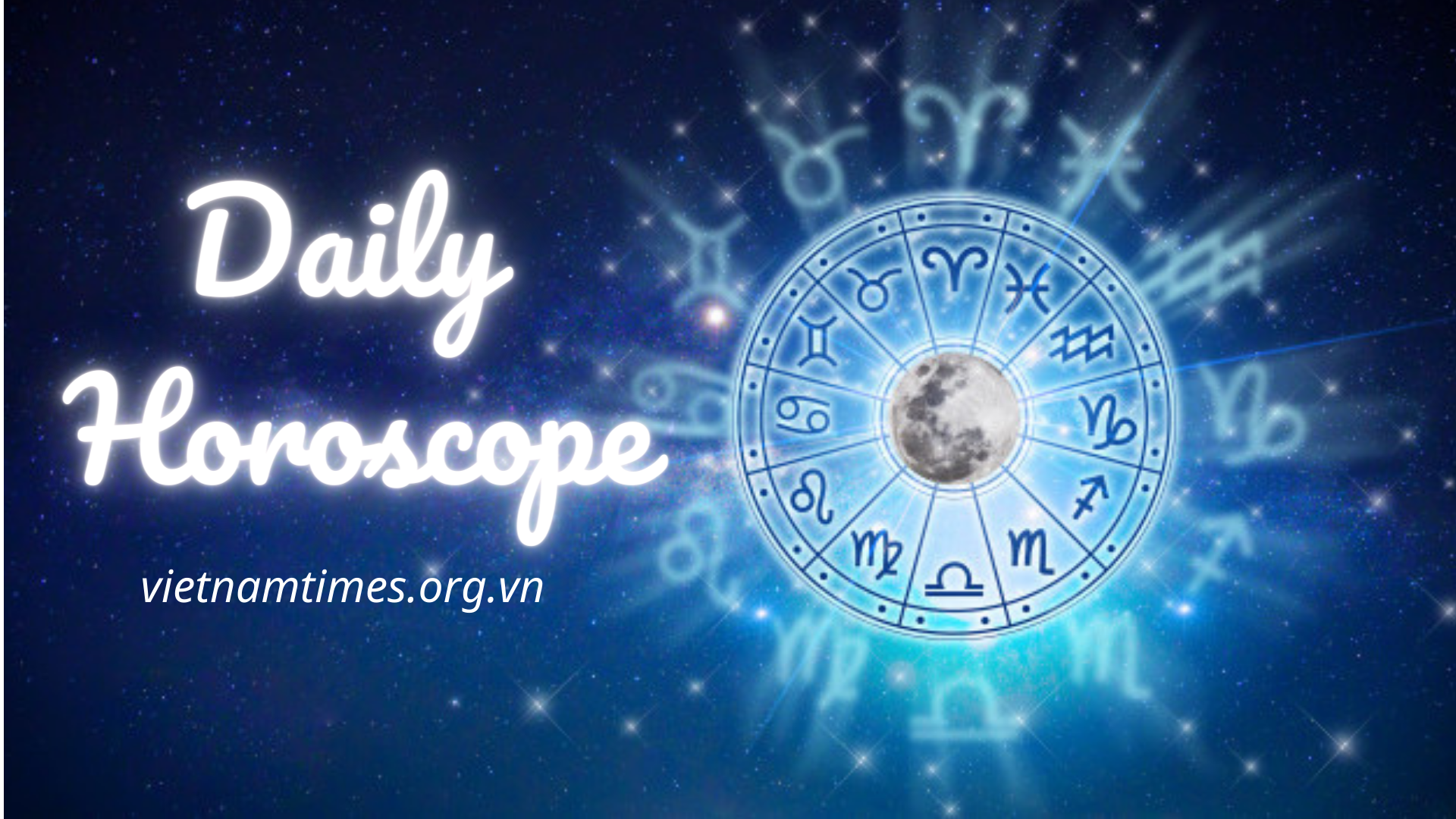 Daily Horoscope for August 10: Today your mood will be different from yesterday, waiting for the development of important events or receiving news that will determine your plans for the coming days. Faster movement in different areas of your life can create tension for a short period of time, due to the desire for everything to be done, to happen in the best way for you.
August 09, 2021 | 16:03