Coming to Ha Giang, tourists can not only experience the majestic natural scenery of Dong Van Karst Plateau but also marvel at the unique color patterns and shades of Dao do ethnic women’s traditional clothes.
Charlotte Pho
March 17, 2022 | 09:02

Red Dao women living in Ha Giang often wear their traditional clothes in important events such as the Tet holiday, festivals, weddings, etc. Red Dao women usually wear a long blouse over trousers. Their clothes are colorfully embroidered with designs that appear on both sides of the material. The men typically wear a short shirt with long trousers, and a head - scarf. The most special feature of their clothes is that they are decorated with colorful details, flowers, patterns, which create a strong impression for people who see them for the first time. There are three main colors: red, white, and indigo.

The most highlight of the traditional clothes of Red Dao women is the head – scarf. The head – scarf has two types: the inner scarf and the outer covering. The entire covering of the scarf is embroidered with decorative details by the white, green, and red threads. The two ends of the scarf are studded with beads and have long red tassels. The scarf is folded in half lengthwise, and the two edges are sewn together into a tube. The covering is usually made of black indigo cloth. When worn, this scarf covers the outside of the inner rim and the two ends of the scarf facing behind the shoulders.

Along with the scarf, the most important part of Red Dao women is the long blouse, which covers over their trousers and is commonly made in black or indigo. The sleeves are decorated with lines of patterns, while the belt is embroidered with motifs such as herbs, tiger’s footprints, flowers, stars, and pine trees.

The trousers are primarily decorated in two tubes with horizontal stripes from cuffs to knees.

A strip of red fabric wraps around the women’s hips, which is adorned with two rows of embroidered white jigsaw under red, blue, and yellow tassels.

Underneath the tunic, Red Dao women wear a traditional bodice, which is embroidered in red and yellow and decorated with handmade silver flowers.

To safeguard the unique decoration of Red Dao people’s traditional costumes, Bac Kan provincial authorities have made field trips to study and support the practice in Ngoc Phai commune, Cho Dong district, where a majority of women still wear their traditional costumes in their daily lives.

The traditional clothes of Red Dao women of Ha Giang have become a unique beauty and have been preserved by many regenerations. The techniques were passed down by the Red Dao women to their daughters and young children, and taught them to embroid and made the clothes. At the same time, the preservation of traditional costumes of Red Dao women has been the cultural priority of local authorities in Ha Giang province.

Every year, the local people will organize the festivals to showcase the cultural beauty of the ethnic costumes, in order to restore and preserve the traditional cultural identity of the ethnic groups. Thanks to the efforts made by local residents and authorities, the art of the Red Dao people’s costume decoration in Ngoc Phai commune, Cho Don district was recently recognized by the Ministry of Culture, Sports and Tourism as a national intangible cultural heritage.

The preservation of traditional costumes not only shows the honor and pride of the Red Dao ethnic minority but also promotes their cultural beauty to other people around the world. 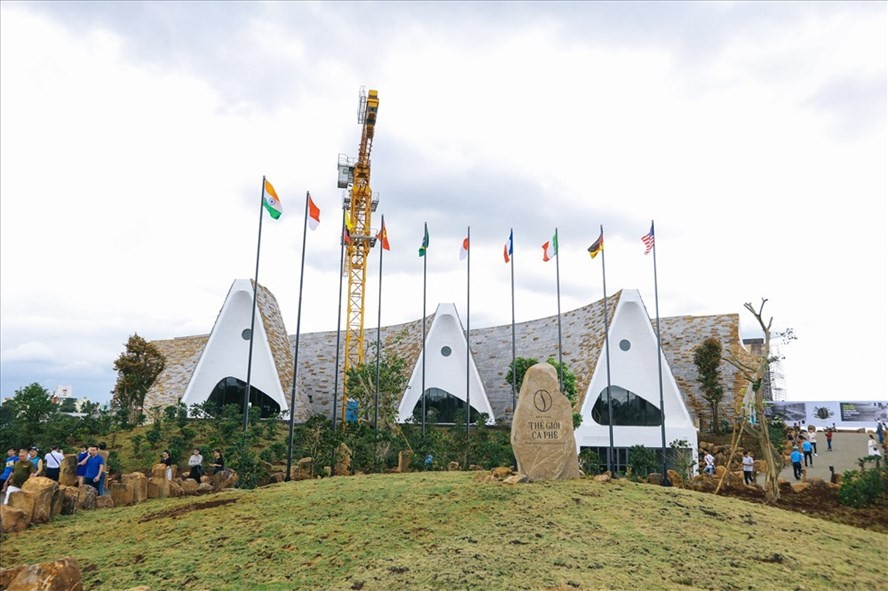 Coming to Tay Nguyen – Dak Lak, tourists should not miss the opportunity to visit the World Coffee Museum. This newly built museum will bring you the best experience you can ask for and have several beautiful Instagram check-in corners with friends or family.
June 18, 2022 | 08:08