Cambodian fisherman Tin Yusos tucks into a meal of the previous day’s catch with his wife and granddaughter aboard a boat which doubles as their home moored by the banks of the Tonle Sap River.

They plan to set out for another day of fishing in the area of the Tonle Sap and Mekong rivers, though his expectations are low, The Reuters reported.

The Mekong typically swells in the rainy season where it converges with the Tonle Sap River, causing an unusual reversed flow into the Tonle Sap Lake, filling it up and providing bountiful fish stocks.

But in recent years, the flows to Southeast Asia’s largest lake have at times been delayed, a factor blamed on drought and hydropower dams upstream on the Mekong.

Whether or not China’s 11 dams are harming downstream countries dependent on the 4,350 km (2,700 mile) river has become a geopolitical issue, with the United States urging Lower Mekong nations like Thailand, Vietnam and Cambodia to demand answers.

Marc Goichot, an expert on the region’s waterways at the World Wide Fund for Nature (WWF), said dams and sand mining in particular can contribute to a loss of fish.

“Basically the entire system is under stress and changing,” he said. “We need to address the root causes of those changes and re-establish the key processes like movement of fish.”

Tonle Sap – When there are no more fish

Lake Tonle Sap in Cambodia is one of the largest lakes in Southeast Asia and one of the world's most abundant inland waters for fish. Since 2014, Tonle Sap has also been represented in the global Living Lakes network.

The lake operates on a flood-pulse system, like a beating heart, emptied and filled through the arterial Tonle Sap River, a major tributary of the Mekong. During the dry season, the eponymous river is pushed toward the Mekong; come rainy season, when monsoons swell the Mekong, the Tonle Sap reverses course entirely, the only river in the world to do so seasonally. Water rushes toward the lake, spilling into the plains, forests, and paddy fields surrounding it.

With the water comes the fish — billions of them, representing more than 100 species, which migrate from higher reaches of the Mekong down through the Tonle Sap river and into the lake. Across the globe, only a handful of countries — all many times the size of Cambodia — boast larger inland fisheries. None rely on their lakes to the extent that Cambodia does. The fish, some 500,000 tons of which are caught each year, feed the nation, providing the main source of protein for as much as 80 percent of the population, and they feed Cambodia’s neighbors, who import thousands of tons each year as part of a $2 billion industry.

For as long as there has been documentation of Cambodia, the lake's abundance has been noted. In the early 1300s, a Chinese emissary named Zhou Daguan marveled at what he termed the Freshwater Sea. “There are very many fish whose names I don’t know, all of them coming from the Freshwater Sea ... there are giant soft-shell turtles and alligators as big as large pillars ... there are crocodiles as big as boats.... They get clams, mud clams and pond snails just by scooping them out of the Freshwater Sea,” he wrote in A Record of Cambodia: The Land and Its People. A half-millennium later, in 1872, French explorer Louis de Carné remarked upon the “astonishing harvest of the waters.” As recently as a decade or two ago, fishers recount, stocks were so plentiful they could dip a bowl in the water and come up with enough food for dinner.

As a result of the heavy monsoon rains between May and October, the water level of the lake rises by several metres and floods an area the size of Schleswig-Holstein (one of the German federal states) every year. The people at the lake have adapted to the changing water levels and live in floating villages. During the monsoon season the whole life takes place on the water. 90 percent of the population live from fishing. But in the last two decades fish stocks have come under severe pressure. Illegal and unregulated fishing by commercial fishing fleets has led to the depletion of economically important fish species. As a result, the nets of local artisanal fishermen in the floating villages were increasingly left empty, according to Global Nature.

Finally, in 2012, the Cambodian government made a radical change. Virtually overnight, all commercial fishing concessions were cancelled and fishing rights were transferred in full to the local communities. The government called on the communities to set up local fishing committees, which were now responsible for the management of fish stocks. To date, some 500 of these Community Fisheries (CFi) have been established across Cambodia. Only very few of them, however, are in a position to implement targeted measures for the protection and conservation of community fish stocks. Illegal and unregulated fishing with modern fishing gear is still widespread. Fish stocks could recover within a few years through, if effective measures such as the designation of no fishing zones are declared and a fishing levy is collected to finance conservation measures.

A trifecta of economic development, illegal fishing, and climate change is changing the ecology of the lake, permanently weakening the pulse system and wiping out fish stocks. Last year, the Global Nature Fund deemed Tonle Sap to be the “most threatened” lake in the world. All along the Mekong, Chinese-funded hydropower dams are ballooning as the rapid economic growth of the region runs headlong into an electricity shortfall. On the lake, corruption has seen large trawlers continue to ply protected areas, while individual fishermen increasingly take up their own small-scale illegal fishing. A changing climate, meanwhile, has led to devastating droughts in recent years. 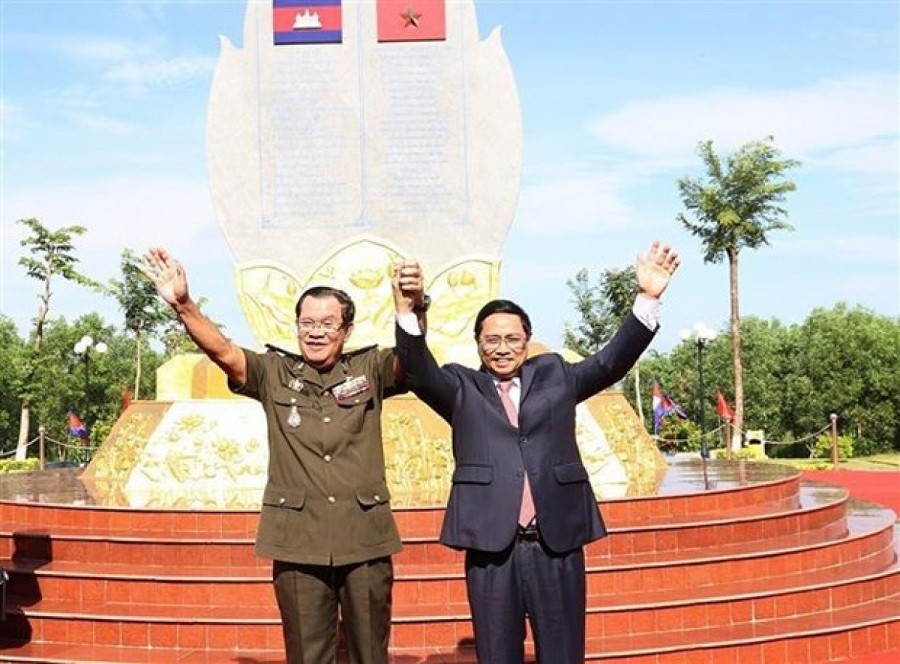