Among four kinds of solar eclipse namely annular, total, partial, and hybrid, the annular solar eclipse may be considered as the most exciting one. It happens when the Moon is farthest away from Earth in its orbit, and therefore it does not quite cover the sun’s disk completely, according to the Science Alert. Annular eclipses occur every year or two, and can only be seen from certain regions across the planet.

Amazingly, the eclipse on Sunday emerged on the northern hemisphere’s longest day of the year, the summer solstice, when Earth’s north pole is tilted most directly toward the sun, according to the Guardian. “The annular eclipse is visible from about 2% of the Earth’s surface,” Florent Delefie, an astronomer and the Paris Observatory, said. “It’s a bit like switching from a 500-watt to a 30-watt light bulb.”

On June 21, beginning in the Central African Republic, the eclipse would be visible in Congo, Ethiopia, Pakistan, and India, before crossing into China in Tibet, traversing Sichuan, Guizhou, Hunan, Jiangxi and Fujian provinces, concluding in Taiwan and the southwest Pacific Ocean, informed the Nanjinger. In Vietnam, people only can see the partial solar eclipse.

Even if the day has darkened, looking directly at a solar eclipse with naked eyes is dangerous. Sunglasses, which do not filter out ultraviolet rays, do not offer any protection, Delefie said. “The sun is so bright that even when there’s only a tiny portion visible, it is still dangerous for the eyes,” he said.

As revealed by the Space, the eclipse will appear twice in 2020. The next total eclipse will be visible throughout South America on December 15. However, until 10 June 2021, astronomy lovers around the world have chances to see the annular solar eclipse again.

In Vietnam, the moments of airplanes in front of the crescent of a solar eclipse were also captured that have astounded the netizens so far.

The natural phenomenon occurred on Sunday afternoon in Hanoi and lasted for around 2 hours. Photos were taken by Tien Tuan from To Quoc Newspaper capturing the scenes of airplanes taking off from Noi Bai International Airport and flying through the eclipse. 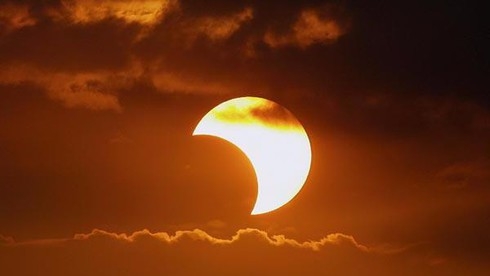 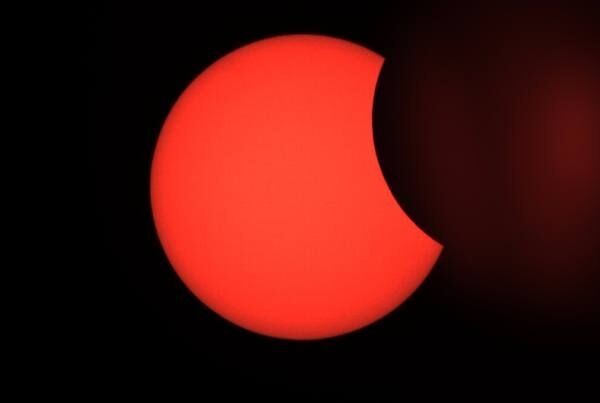 Last solar eclipse of the decade wows across Asia

Check out these spectacular photos of the last solar eclipse of the decade across Asia.
December 27, 2019 | 08:44