Chinese Foreign Minister Wang Yi urged the Philippines not to be distracted by their maritime disputes on the South China Sea but focus on cooperative oil and gas exploration projects in the area.

In a recent interview with a Chinese outlet last weekend, Foreign Minister Wang Yi said that South China Sea issue ‘only partial to the entirety of Sino-Philippines relations’ and he urged Manila to instead focus on advancing cooperation on oil and gas exploration in the region after wrapping up his week-long tour of Southeast Asia, according to SCMP.

“Both sides believe that the South China Sea issue is only partial to the entirety of Sino-Philippines relations,” Wang said, discussing the outcomes of his Manila visit. “We should not let such 1 per cent difference derail the 99 per cent of our relations.”

Wang said the two countries would continue to “properly manage their disputes” and push for oil and gas exploration in the South China Sea.

The Philippine government in October lifted a ban on offshore oil and gas exploration, reopening the door to joint energy development with China.

Two years ago, the two governments signed a memorandum of understanding to jointly explore undersea oil and gas, a way of defusing their corner of a broader regional dispute.

As the Duterte administration nears its end, Beijing has sought to reaffirm support for its neighbour, promising half a million doses of Covid-19 vaccines, US$1.34 billion in loan pledges for infrastructure projects and US$77 million in grants.

Last year, Philippine lifted a ban on oil and gas exploration in or near disputed areas of the South China Sea that was imposed years ago.

That, along with foreign investment in the exploration, will help boost an economy that has been battered by the coronavirus pandemic, an official said.

The Philippines largely won that arbitration case in 2016 with a U.N.-backed tribunal declaring China’s historic claims to virtually the entire South China Sea were invalid under the U.N. Convention on the Law of the Sea. The tribunal upheld the Philippines’ exclusive right to exploit marine and fuel resources in its exclusive economic zone, but China refused to participate in the arbitration and dismissed its outcome as a “sham.”

The Trump administration has repeatedly raised alarm over China’s increasingly aggressive actions in the disputed waters. Beijing has responded by warning Washington to stay out of what it says is a purely Asian dispute.

Every year when it gets cold, the grass field atop Chu Se hill grows pink, bringing along a dreamy, heaven-like feel that hardly anyone can resist.
23:09 | 19/09/2021

The pristine and majestic Kon Ha Nung Plateau has just been recognized as a member of the World Network of Biosphere Reserves by UNESCO.
23:07 | 19/09/2021

Swedish fashion retailer H&M is facing strong opposition and called for a boycott of Vietnamese consumers as soon as it published an image of China with the illegal nine-dash line.
April 04, 2021 | 08:42 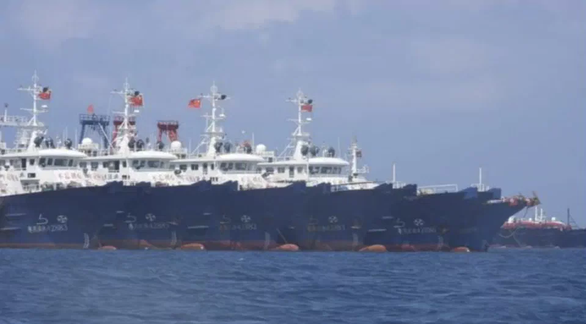 The Philippine military is sending light fighter aircraft to fly over hundreds of Chinese vessels in disputed waters in the Bien Dong Sea (internationally called South China Sea). Chinese experts said the action " might inflame tensions and risk accidents", is China hoist with its own petard?
March 29, 2021 | 16:46 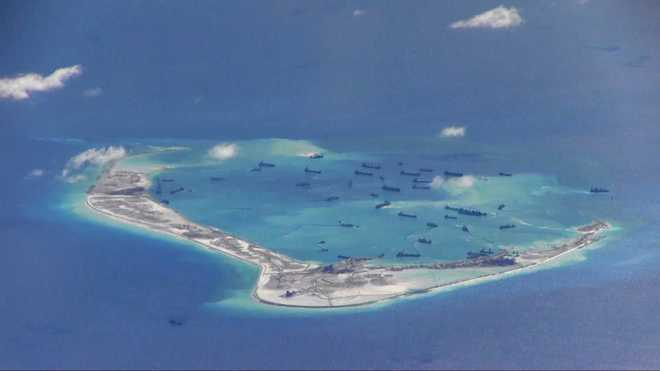 The Philippines military is sending light fighter aircraft to fly over hundreds of Chinese vessels in disputed waters in the Bien Dong Sea (South China Sea), its defence minister said, as he repeated his demand the flotilla be withdrawn immediately.
March 29, 2021 | 12:06

If you’re a football fanatic, you might not want to miss this full fixture and winner predictions of the Champions League 2021/22 as mentioned below
September 15, 2021 | 00:43
Phiên bản di động