Vietnam’s newest carrier Bamboo Airways (FLC Group) will delay direct flights between Hanoi and Prague, the Czech Republic, from March 29 to April 26 due to the impact of the COVID-19 outbreak.
Bibi (VNT, VNS)
March 12, 2020 | 07:49 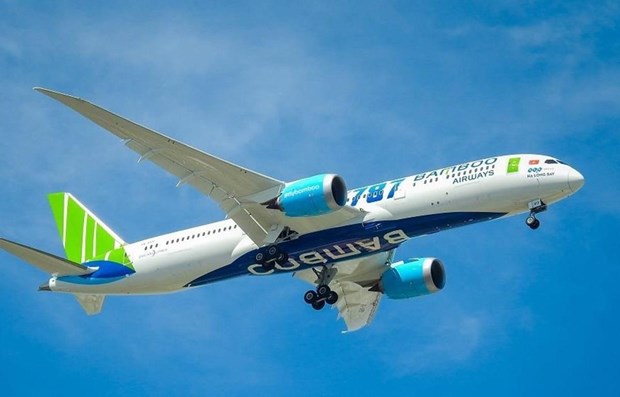 Vietnam’s newest carrier Bamboo Airways will delay direct flights between Hanoi and Prague, the Czech Republic, from March 29 to April 26 due to the impact of the COVID-19 outbreak, its representative said on March 11.

On the prevention and control of acute respiratory infections caused by Corona virus (COVID-19), due to the latest development of the epidemic, to ensure absolute safety for passengers and the community, Bamboo Airways will suspend the operation of two routes Da Nang – Incheon (DAD-ICN) and Nha Trang – Incheon (CXR-ICN) from the date of February 26, 2020 until March 28, 2020.

Currently, DAD/CXR – ICN flights are being daily operated by Bamboo Airways with a frequency of 07 round trips/ week/ route by A321NEO with the capacity of 196 – 198 seats. Therefore, the operation suspension of these two routes is an extremely important and necessary action to actively contribute to preventing the spread of epidemic.

The European market is determined as a key market which dominates the development roadmap of Bamboo Airways’ route network in particular, as well as tourism and investment products of FLC Group in general in 2020. To initially widen the international flight network to Europe, Bamboo Airways plans to operate the first direct flight connecting Vietnam – the Czech Republic from March 29, 2020.

To prepare for the launching of the Hanoi-Prague direct service, Bamboo Airways has sold tickets for the route since February 5.

On the same day, national flag carrier Vietnam Airlines announced that it will reduce 14 flights per week between Vietnam and Europe, including between Hanoi/Ho Chi Minh City and London/Paris/Frankfurt, in an attempt to contain the spread of the epidemic.

Vietnam Airlines is now the only Vietnamese carrier to operate flights between Vietnam and Europe.

As Europe is now one of the COVID-19 epicenters with hundreds of infection cases per day, the Vietnamese Government has agreed to suspend unilateral visa exemptions for citizens from Denmark, Norway, Finland, Sweden, the UK, Germany, France and Spain, starting from 0:00 on March 12.