An article by Tran Cong Truc, former Chief of the Government’s Border Committee, about China's "Deep Sea No.1" energy station deployed outside the Gulf of Tonkin.
Valerie Mai
mnghonganh@gmail.com June 08, 2021 | 08:51

The first thing we should determine is the location where China's giant deep-sea mining rig has been operating, is it in Vietnam's waters or in the overlapping waters outside the Gulf of Tonkin's mouth.

Given such a geographical distance, is this location within the overlapping EEZ that Vietnam and China have determined by the baselines used to calculate the breadth of both sides' territorial seas. Can the “assumed median line” be used to divide the powers and obligations of the two parties while negotiating the delimitation of the overlapping area beyond the Gulf of Tonkin?

And is this location within Paracel Islands' EEA if calculated from the Da Bac, a base point on the Paracels that China has used to determine the archipelago's baseline system under the 1996 “Island Nation” standard?

According to UNCLOS 1982, overlapping areas are formed by the extent of the territorial sea, EEZ and continental shelf of two states are opposite or adjacent to each other. The parties need to negotiate to delimit the overlapping area formed according to UNCLOS 1982's provisions. While the negotiation has not reached a final decision, neither party is allowed to unilaterally conduct unilateral exploration, exploitation activities, or any action to assert its sovereignty, sovereign rights, and jurisdiction in all those overlapping areas. If one side wants to conduct exploration, exploitation, or economic-scientific activities in the overlapping areas, it must reach an agreement between the other party on a "temporary practical solution." When the solution is applied, each side must not affect the determination negotiation on the basis of fairness that is acceptable to both parties.

However, regulations on determining overlapping areas on territorial sea are different from that on the exclusive economic zone.

Article 74 under UNCLOS 1982 provides delimitation methods for EEZ border between states with adjacent or opposite coasts:

1. The delimitation of the exclusive economic zone between States with opposite or adjacent coasts shall be effected by agreement on the basis of international law, as referred to in Article 38 of the Statute of the International Court of Justice, in order to achieve an equitable solution.

2. If no agreement can be reached within a reasonable period of time, the States concerned shall resort to the procedures provided for in Part XV.

3. Pending agreement as provided for in paragraph 1, the States concerned, in a spirit of understanding and cooperation, shall make every effort to enter into provisional arrangements of a practical nature and, during this transitional period, not to jeopardize or hamper the reaching of the final agreement. Such arrangements shall be without prejudice to the final delimitation.

4. Where there is an agreement in force between the States concerned, questions relating to the delimitation of the exclusive economic zone shall be determined in accordance with the provisions of that agreement.

In fact, regarding negotiation to delimit overlapping sea areas outside the Gulf of Tonkin's mouth, so far, Vietnam and China have not yet agreed to apply any median line, neither temporary nor final.

Therefore, if one side unilaterally uses an "assumed median" to distinguish the maritime extent of one side or the other when dealing with relations in the overlapping area, it can be understood as unilateral imposition of a demarcation line that has not been offered by both parties in negotiations or has been presented but has accepted by one party. This is contrary to Article 74 under UNCLOS 1982 and will cause difficulties and disadvantages both during negotiations and in actual behavior.

Is the energy station's location in Hoang Sa's EEZ?

Another very important question is whether this location lies within the Hoang Sa's EEZ (Paracel) or not if counting from Da Bac Island, a base point in the Paracel Islands which China has added to the archipelago's baseline system according to the "Island Nation" standard.

The answer is no. According to UNCLOS 1982, Vietnam's Hoang Sa archipelago is not an "Island Nation." From its primordial origin, its geographical features are small and unsuitable for the daily life of a community with any economic life of its own. Therefore, the island is not qualified to have an EEZ and a 200-nautical-mile continental shelf. For a long time, along with its illegal occupation of Vietnam's Paracel Islands, China deliberately misinterpreted and misapplied UNCLOS 1982. The country has been asking for an EEZ and a 200-nautical-mile continental shelf for features in the archipelago.

Announcing the mentioned "Deep Sea No.1" energy station's operation location, China is, once again, setting up a "legal trap" to gain actual recognition of its wrong legal position. They will argue that the "Deep Sea No. 1" operating location is within the so-called Xisha's (actually Vietnam's Hoang Sa) EEZ from the baseline of the "Xisha archipelago" that they claim in 1996.

Therefore, if Vietnam protests that China has violated the waters of the Paracel Islands under Vietnam's sovereignty, it will imply that Vietnam has tacitly agreed that Paracels' features have an EEZ and a continental shelf of 200 nautical miles according to China's point of view.

On the contrary, if Vietnam does not protest the action, China will assert that Vietnam has implicitly dropped its sovereignty claim over the so-called "Xisha Islands". In the 2014 Hai Duong 981 oil rig case, China did the same thing when placed the rig 18 nautical miles from Tri Ton Island (a rocky island located at Paracel's southernmost tip).

From this reality, I recommend that relevant authorities should have an appropriate response plan to protect Vietnam's sovereignty, sovereign rights, and jurisdiction over the country's seas and continental shelf established in accordance with UNCLOS 1982, as well as having plan to act on overlapping seas formed during delimitation negotiations, avoid the extremely dangerous legal traps that China is deliberately setting out in the Bien Dong Sea, where disagreements, disputes, complexities, and sensitivities currently exist.

Thus, it can be affirmed that the distance and the position of the semi-submersible oil and gas rig named "Deep Sea No.1" was carefully calculated and selected by China to, on the one hand, have a favorable watching view while the two sides are negotiating overlapping sea's delimitation at the Gulf of Tonkin's mouth and on the other hand, to protect China's falsely "indisputable claim" over "historical sovereignty" of the "Xisha Islands", as well as the country's legal position based on misinterpretation and misapplication of 1982 UNCLOS, trying to prove its illegal "nine-dash line." 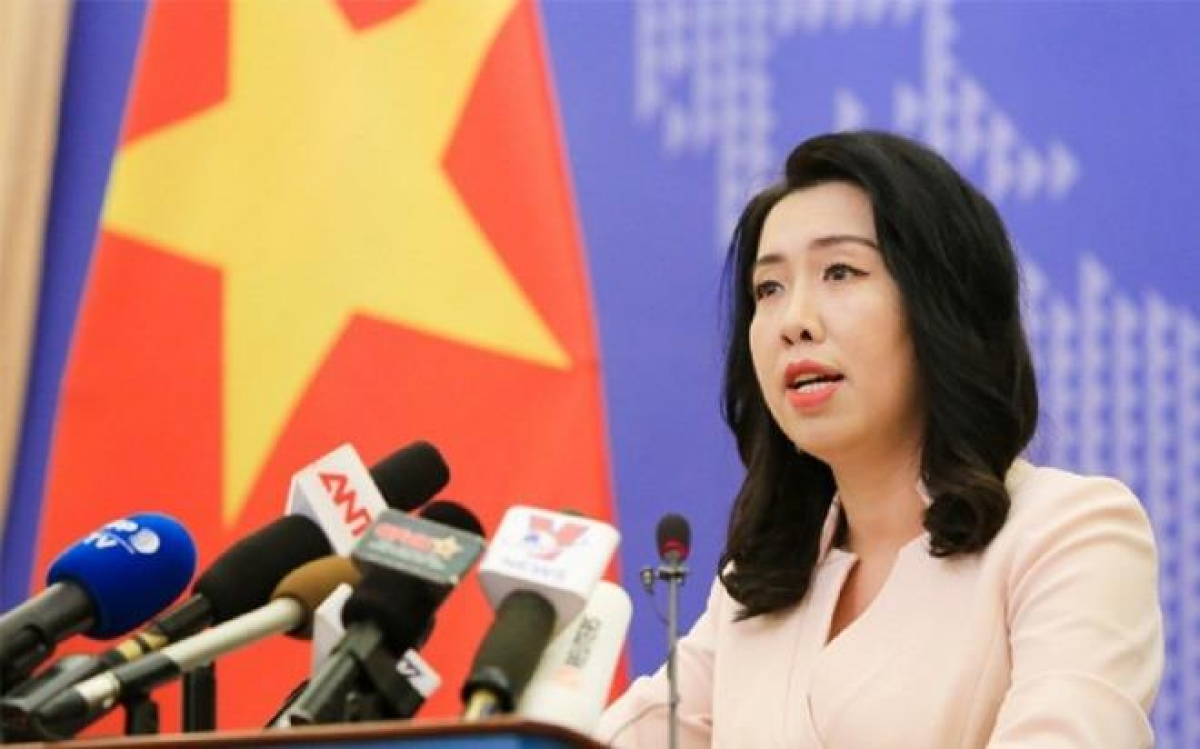