England will face head-to-head with old rivals Scotland on Friday at Wembly. In the article below, we update the match's fixtures, schedule, TV channels and live stream for all football fans to catch up.
Charlotte Pho
June 17, 2021 | 14:54

England continue their pursuit of Euro 2020 glory on Friday in their second group game against old rivals Scotland at Wembley.

England already have one foot in the round of 16 after victory against Croatia, while Scotland travel to Wembley in need of a result to progress beyond the group stage following a 2-0 defeat to the Czech Republic.

England's second group match will take place on Friday, June 18. It will be Friday night fireworks, with the match kicking off at 8pm.

What TV channel is it on?

This one will be broadcast on ITV, with BBC and ITV sharing the rights.

Live Streaming of England vs Scotland on BBC Network

• BBC Sports hold the Official Broadcasting Rights of UEFA Euro 2020 and will stream all 51 matches for Free.

• Soccer fans can watch Free-to-air matches of UEFA Euro 2020 on BBC Sports through both Cable and Online portal.

• It provides Ultra HD quality Live Streaming of UEFA Euro 2020 all around the world.

• It provides its services for free to both cable and its Online Users.

It is available on all devices including Android, IOS phones, Smart TV, Apple TV, etc.

Live Streaming of England vs Scotland on ITV Sports

ITV is the Official Broadcaster of both Scotland and England. It provides its streaming through both Television and its OTT app.

ITV stands for Independent Television and offers following features to its viewers:

It is also the Official Broadcaster of UEFA Euro 2020.

ITV provides Unlimited Live Streaming of UEFA Euro 2020 along with England VS Scotland.

The unlimited coverage of UEFA Euro 2020 including England VS Scotland for Free through cable is available on ITV.

It is the best choice for all cable users who wants to watch England VS Scotland Euro 2020.

ITV also provides its services to Online users, some of the streaming details of ITV are as follows:

The soccer fans who do not have cable, can easily download ITV App from play and app store and can enjoy all 51 matches of UEFA Euro 2020 for Free.

All its services are without any cost.

It is available on all devices including Apple and Android phones.

Thus if someone does not have access to cable, they can watch Live Streaming of England VS Scotland for free on ITV online app.

Live Streaming of England vs Scotland on other Broadcasters

The free-to-air television network Romania is Pro TV. Pro TV is the Official Broadcaster of UEFA Euro 2020. It was founded in 1995 as the third private TV channel of the country. Its headquarters are located in Bucharest.

Pro X (formerly known as TV Sport) is a Romanian TV channel that streams programming intended for a male audience, including sports transmissions. It holds the Official Broadcasting Rights of UEFA Euro 2020. Pro X streams its content in HD quality throughout Romania.

Pro X (Sports TV) will provide Live as well on-demand streaming of UEFA Euro matches for Free. If someone wants to Watch Live streaming of all UEFA Euro 2020 matches including England VS Scotland for Free, Pro X is the best choice.

CBS is an American Commercial Broadcast Television and Radio channel. Columbia Broadcasting System was founded in 1927 and is considered as the most watched network of America. It provides its streaming throughout United States. CBS has the Broadcasting Rights of UEFA Euro 2020. 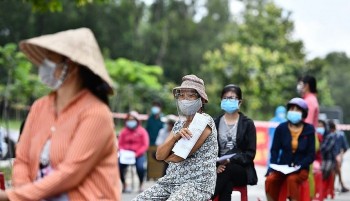 Vietnam News Today (September 10): Storm Conson to Strengthen as It Heads Towards Vietnam

US is one of the strongest teams aiming to have their wins in World Cup Qatar 2022, and will face head-to-head with Honduras this Wednesday. Read the article below for match schedule, standings, squad, where to watch and live stream the matches.
September 08, 2021 | 16:31