Germany is leading their win of Group J with a strong team and skillful players. Check out their match schedules, team squad, standings and how to watch the match.
Charlotte Pho
September 08, 2021 | 16:34

The road to Qatar 2022 for European nations is up and running with UEFA's 55 member associations halfway through their qualifying campaigns to reach the finals next year.

Germany lead the way in Group J with four wins and only one defeat against North Macedonia in March but Armenia are keeping pace with a mere two-point gap, while Romania and North Macedonia remain in the chase and face each other this week.

Indeed, Armenia will look to maintain their qualification tilt when they face rock-bottom Liechtenstein on Wednesday, with Germany facing a tougher test against underperforming Iceland.

Bayern Munich's Jamal Musiala and Bayer Leverkusen's Florian Wirtz have been named in Joachim Löw's Germany squad for their three 2022 FIFA World Cup qualifying matches to be played in March.

Teenagers Musiala (18), Wirtz (17) could become two of the youngest players in Germany's history later this month after being named in the senior squad for the first time.

Stuttgart-born Musiala only announced his decision to represent Germany internationally at the beginning of March, opting for the four-time World Cup winners ahead of England.

Musiala and Wirtz are part of a 26-man squad which will face Iceland, Romania and North Macedonia in the first three World Cup qualifiers for the 2022 tournament in Qatar.

Should Wirtz play in the opening qualification game against Iceland, he will become the third-youngest Germany international behind Marius Hiller (17 years, 239 days) and Willy Baumgartner (17 years, 102 days) who made their debuts in 1910 and 1908 respectively.

A debut in the same game for Musiala would see the midfielder become the fourth-youngest international in Germany's history, just behind the legendary Uwe Seeler.

How to watch World Cup 2022 in Germany

RTL is a primarily distributed television broadcasting cable network that is exclusively available in Germany. Its primary distributing platform is under the name of TV Now Germany. It offers loads of programming and the latest movies and TV shows.

RTL is only available for access in Germany. If you live anywhere outside Germany, or if you are currently traveling, you will be unable to access RTL. The inaccessibility is due to the regional limitations and restrictions which are prevalent in the European countries, especially in the UK, Turkey, France, and Australia. The easiest and safest way to access RTL is by connecting to a premium streaming VPN.

DAZN is a ground-breaking live and on demand sports streaming service, giving sports fans the control and flexibility to watch their sports, their way. You don’t need a cable or satellite dish to watch it, so the setup is quick and simple. You can download the DAZN app and watch on multiple devices at home or on the go, all for an affordable price. It’s about putting sports fans first.

DAZN is available worldwide in more than 200 countries and territories with a new global streaming platform initially focused on boxing.

All three of these channels will pull their sources together in order to show all the 64 games that will take place at the World Cup. Moreover, they will do it via free-to-air channels.

ARD and ZDF will support their free-to-air transmissions via online streaming as well. On the other hand, Sky Sports managed to win exclusive rights which will grant it the permission to broadcast a total of 25 FIFA World Cup 2022 matches in UHD or Ultra High Definition. Users looking for the best method to watch FIFA World Cup 2022 in 4K should know that as far as Germany goes, their best option is Sky. 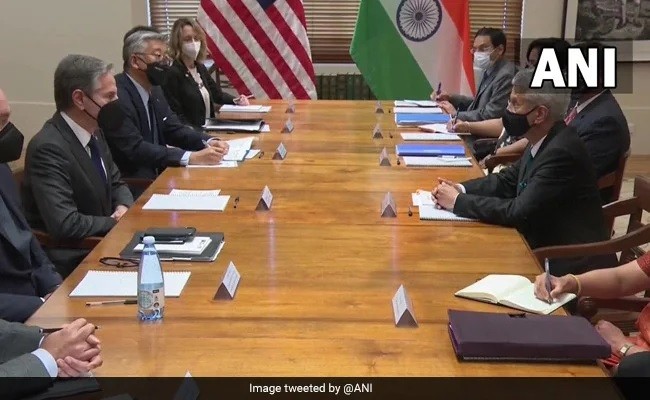 "Quad Has Worked So Well Because Of Strong Bilateral Ties": India At Meet