On Wednesday, EU decided to take a move and guard economic competition from China, and the EU's long-time-coming investment deal with China is facing major hurdles, after EU imposed sanctions against China for human rights abuse.
Chau Polly
May 06, 2021 | 14:04

The bloc’s executive arm, the European Commission, unveiled plans to cut dependency on Chinese and other foreign suppliers in six strategic areas, and to limit the ability of companies supported by foreign subsidies to buy EU businesses or take part in public tenders, according to Reuters.

EU competition chief Margrethe Vestager told a news conference there have been rules controlling state aid from European governments for 60 years, but none to stop foreign subsidies being used to buy up firms inside the 27-nation bloc.

“Europe is open for business, but come and do it in a fair and transparent manner,” she said was the message.

The Commission is also pausing efforts to promote the China comprehensive agreement on investment (CAI), recognising that it will struggle to secure backing from EU lawmakers while Beijing maintains sanctions on five of their colleagues.

The EU executive still believes the deal, struck at the very end of 2020, will help redress unbalanced economic ties. But its prospects have dimmed.

The European Commission has said that efforts to ratify a massive investment deal with China have been in effect suspended after tit-for-tat sanctions were imposed over China’s treatment of its Uyghur population in March.

“We now in a sense have suspended … political outreach activities from the European Commission side,” said the commission’s executive vice-president, Valdis Dombrovskis, on Tuesday. He said that the current state of relations between Brussels and Beijing was “not conducive” for the ratification of the deal, which is known as EU-China comprehensive agreement on investment, according to The Guardian.

“It’s clear in the current situation with the EU sanctions in place against China and Chinese counter sanctions in place, including against members of European parliament [that] the environment is not conducive for ratification of the agreement,” Dombrovskis said. He added that it will now “depend really on how broader EU-China relations will evolve”.

The European Union and China approved a controversial investment agreement in late December after seven years of marathon negotiations. The German chancellor, Angela Merkel, gave the talks a final push; the Chinese market is especially important to German carmakers and manufacturers who have a large presence in the country.

At the time, the pact was defended as a long-overdue opening to China’s vast market that would benefit European companies. If ratified, it could lead to Beijing loosening some of its notoriously stringent rules on foreign companies such as the need to operate through joint ventures with local partners.

The conclusion of the negotiations was a diplomatic victory for China’s leader, Xi Jinping. The talks were wrapped up in a video call with Xi, the European Commission president, Ursula von der Leyen, president Emmanuel Macron of France and Merkel herself.

But the agreement angered China sceptics and human rights activists in Europe.

Some of them had long lobbied Brussels to impose sanctions on China over its treatment of its Uyghur population and its policy on Hong Kong. The Biden administration publicly voiced its displeasure as well.

Then, in a dramatic turn of events in March, the European Union imposed sanctions on four Chinese officials involved in Beijing’s policy on Xinjiang. In response, China swiftly imposed counter sanctions that targeted several high-profile members of the European parliament , three members of national parliaments, two EU committees, and a number of China-focused European academics.

What is the EU-China agreement?

Brussels and Beijing signed a new investment agreement in 2020 intended to guarantee a stable framework of conditions for trade and investment in each other's markets.

The EU-China Comprehensive Agreement on Investment (CAI) was signed in December after seven years of negotiation, according to DW.

To enter into force, it must still be ratified by EU member states and the European Parliament, where it faces massive opposition. 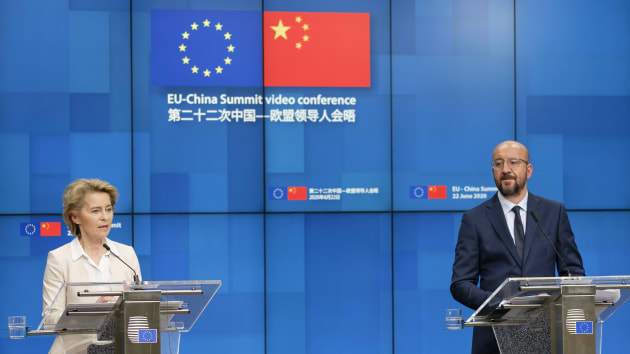 EU and Chinese officials are meeting on Monday, but it will not be the grand ceremony they had hoped for. The European Union’s chairman told Chinese President Xi Jinping on Monday that the bloc would no longer be taken advantage of and demanded a fairer relationship in trade.
September 15, 2020 | 17:04 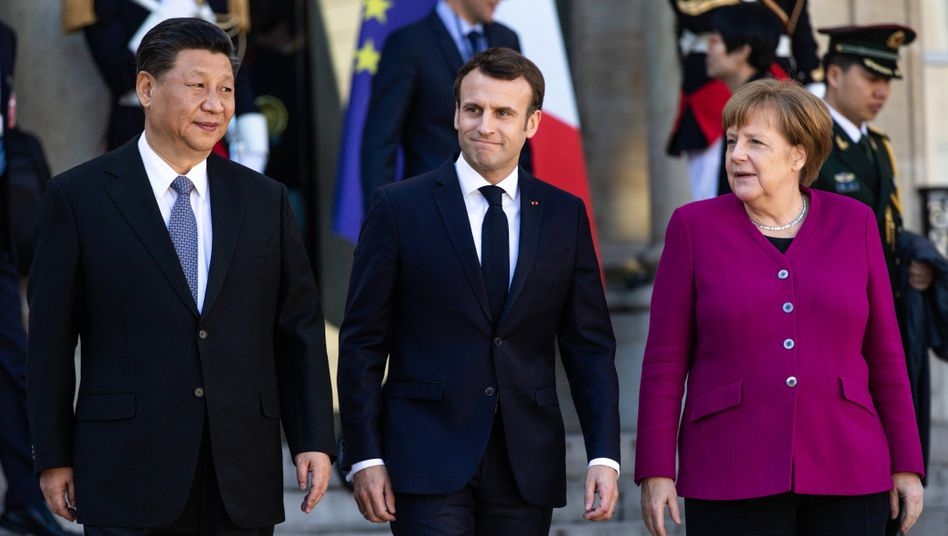 Germany warns of ‘no business as usual” between EU and China

German Minister of State Michael Roth has said that the relationship between the European Union (EU) and China would no longer a “usual business” following the assertive political moves on Hong Kong.
August 04, 2020 | 13:24