Exhibition welcomes Year of the Rat in Hanoi

An exhibition featuring artworks inspired by rats has opened in Hanoi to celebrate the Lunar New Year – the Year of the Rat, gathering artists from the G39 group. 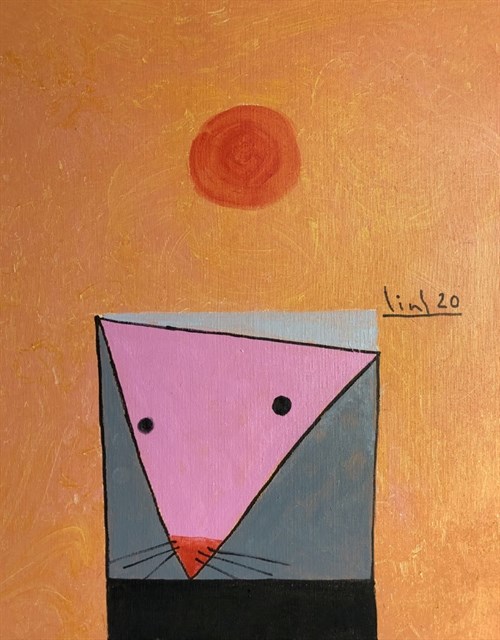 Rat, a painting by Tao Linh.

For nearly 10 years, to celebrate the Lunar New Year, the G39 artists showcase paintings and sculptures inspired by the zodiac animal of that year.

“The artworks reflect characteristics of the zodiac animal, making them human and soulful by putting them in different contexts. For example, Do Dung paints a couple of rats in colourful costumes as festival goers, while Nguyen Hong Quang made a statue of a computer mouse with material and patterns of Huong Canh commune’s traditional pottery (the northern province of Vinh Phuc).”

With the same inspiration, they showcase artworks on canvas, do (poohnah) paper, Bat Trang ceramics and Huong Canh pottery.

A highlight of the exhibition is the artwork Two Rats Salute Plum Blossom, created by painter Cuong and artisans of the Ngoc Decor brand.

“Inspired by the symbol Two Dragons Salute the Sun which is very popular in traditional fine arts and architecture, I created the artwork to welcome the Year of the Rat,” said Cuong.

“The gold-inlaid rats are enclosed on a round coin made from white gems, containing a wish of prosperity and good fortune,” he said.

“It requires much care to work on precious natural materials. I sketch the work on a computer, cut the cardboard and make experimental works on stone. It took six months to complete the work.”