The Suwon Hwaseong Fortress, a UNESCO World Cultural Heritage, was built under Joeson Dynasty, is one of the most famous attractions and important historic site in Korea.
Charlotte Pho
September 28, 2021 | 15:59

Suwon was one of four main regional government centers during the Joseon dynasty. Hwaseong Fortress, built to protect the city, was designated as a UNESCO World Cultural Heritage Site on December 12, 1997 for its historical value. The fortress offers various performances daily as well as the Suwon Hwaseong Cultural Festival every fall. The walls stretch for 5.7 kilometers, with Paldalsan Mountain at the center. The fortress, constructed from 1794 to 1796, was built as a display of King Jeongjo’s filial piety towards his father and to build a new pioneer city with its own economic power.

Suwon’s landmark and UNESCO World Heritage site, Hwaseong Fortress, is a prime example of Joseon Dynasty-era (1391-1897) architecture and the centerpiece of the city’s history.

Destroyed during Japanese colonial rule and during the Korean War, the fortress was restored to its original condition in the 1970s thanks to royal books dating back to 1796 showing the original construction methods.

Unlike many other ancient fortresses, Hwaseong Fortress has numerous structures and double walls which once allowed guards to stop attacks from the outer wall. Experts say the fortress construction is still standing due to the advances in architecture during the Joseon Dynasty.

Hwaseong is a piled-stone and brick fortress of the Joseon Dynasty that surrounds the centre of Suwon City, of Gyeonggi-do Province. It was built in the late 18th century by King Jeongjo for defensive purposes, to form a new political basis and to house the remains of his father, Crown Prince Jangheon. The massive walls of the fortress, which are 5.74 km in length, enclose an area of 130 ha and follow the topography of the land. The Suwoncheon, the main stream in Suwon, flows through the centre of the fortress, according to UNESCO.

The walls incorporate a number of defensive features, most of which are intact. These include floodgates, observation towers, command posts, multiple arrow launcher towers, firearm bastions, angle towers, secret gates, beacon towers, bastions and bunkers. There are four main gates at the cardinal points. The Paldalmun Gate in the south and the Janganmun Gate in the north are impressive two-storey wooden structures on stone bases, flanked by gated platforms and shielded by half-moon ravelins built of fired brick. They are linked to the main road running through the complex. The west (Hwaseomun) and east (Changnyongmun) gates are single-storey structures, also protected by ravelins.

The Hwaseong Fortress has had a great influence on the development of Korean architecture, urban planning, and landscaping and related arts. It differed from the fortresses in China and Japan in that it combined military, political and commercial functions. Its design by Jeong Yakyong, a leading scholar of the School of Practical Learning, was characterized by careful planning, the combination of residential and defensive features, and the application of the latest scientific knowledge. It represents the pinnacle of 18th century military architecture, incorporating ideas from some of the best examples in Europe and East Asia. Hwaseong is also unique in that it covers both flat and hilly land, making use of the terrain for maximum defensive efficacy.

A completion report for the building of Hwaseong Fortress, Hwaseong seongyeok uigwe, was published in 1801, which provides the details and particulars about its design and construction process.

Hwaseong Fortress represents the pinnacle of 18th century military architecture, incorporating the best scientific ideas from Europe and East Asia brought together through careful study by scholars from the School of Practical Learning. It demonstrates important developments in construction and the use of materials that reflects the interchange of scientific and technical achievements between the East and West. The fortress had a great influence on the development of Korean architecture, urban planning, and landscaping and related arts.

Hwaseong combined traditional fortress building methods with an innovative site layout that enabled it to deliver defensive, administrative and commercial functions. Hwaseong is a testimony to the rapid social and technical developments of 18th century of Korea.

The flower among fortresses, the flower of the Joseon dynasty

An alternative, if you don’t want to walk a lot, is the Hwaseong Haenggung Palace, which served as the King’s temporary palace. You can enjoy a variety of performances here, including one by 24 Martial Arts Trial group, a ceremony by the king’s guard and others every Saturday. The 24 Martial Arts show, conducted every Tuesday to Sunday at 11 a.m., is one you shouldn’t miss.

On Sundays, Hwaseong Haenggung Palace hosts military ceremonies, performed by the King’s Guard, traditional games, tightrope walking, plate spinning and an appearance by “King Jeonjo” on his visit to his temporary palace. An actor playing the role of King Jeonjo may extend his hand for a handshake, so be ready to get a photo.

The Banghwa Suryu-jeong (North-East Pavilion) with its serene pond, is another great stop to relax for a moment during your stroll. No matter where you go in the sprawling grounds of this fortress, each area has its own unique charm and things to do and see. Access to the fortress is easy from the Maesan Market bus stops.

The truth is Suwon has something for everyone, from amazing architecture to food and culture. And, the great part is that it doesn’t require a lot of money to enjoy them all. 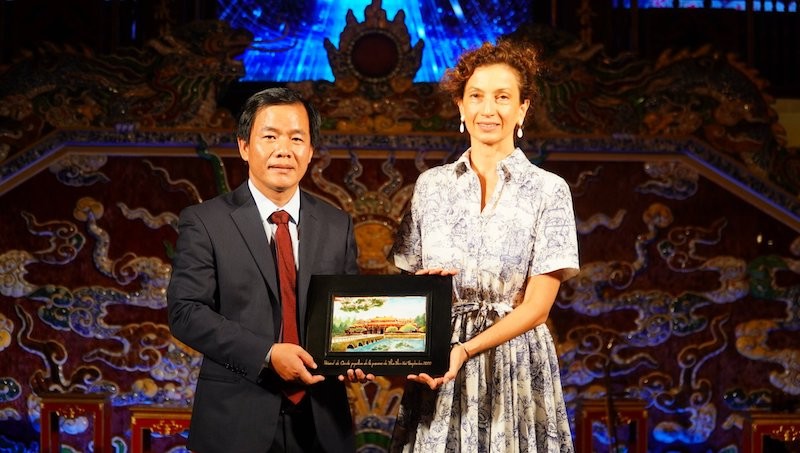 The United Nations Educational, Scientific and Cultural Organisation (UNESCO) will accompany the province of Thua Thien - Hue in the conservation and promotion of the values of traditional cultural heritage, said its Director-General Audrey Azoulay on September 7 during a working session with the local President of the Provincial People's Committee.
September 08, 2022 | 12:36 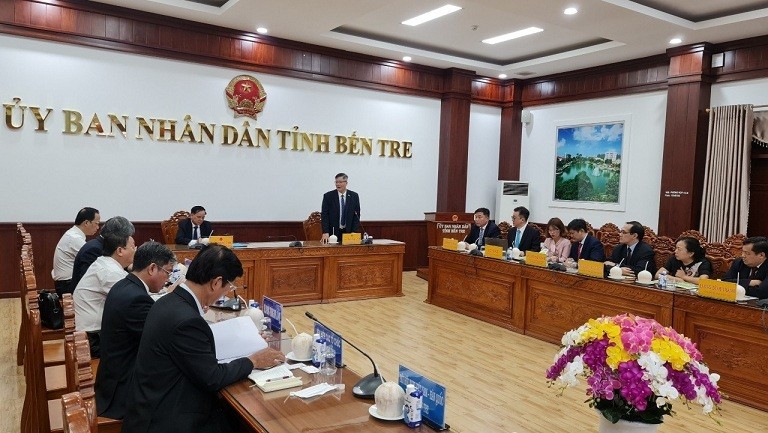 The Vietnam-Korea Business and Investment Association (VKBIA) led by Dr.T Hai Linh - Member of the Central Committee of the Vietnam Fatherland Front, Chairman of VKBIA, recently visited, worked with, and explore cooperation opportunities in the provinces of Ben Tre, Ninh Thuan, and Lam Dong.
August 24, 2022 | 07:21