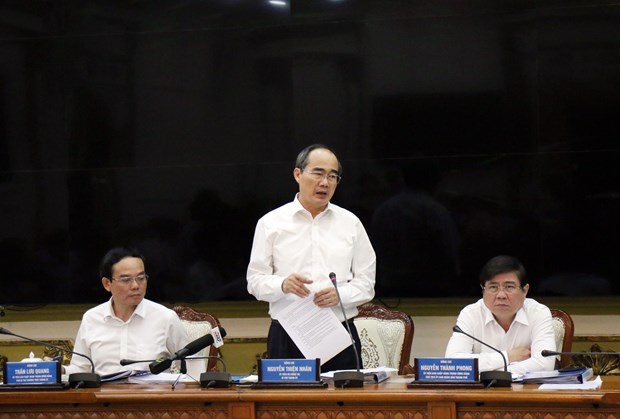 At a meeting on the nCoV prevention and control on February 3, he asked relevant sides to consider the locations and sizes of such hospitals to match the disease situation and ensure their efficient operation.

He suggested that at first, a field hospital with about 200 – 250 beds should be built in the next two weeks, and another set up if risks escalate.

According to the draft plan of the municipal People’s Committee, field hospitals will be put into use if there are more than 500 nCoV cases in the city at the same time, which might be beyond the capacity of isolation wards of local hospitals.

In case the number of infected cases surpasses field hospitals’ capacity, the Pham Ngoc Thach Hospital should be transformed into the one specialising in receiving nCoV patients.

The municipal Department of Health said by the end of February 2, the city had recorded three nCoV cases, 12 tested negative for the virus, and 15 put under health quarantine as they had had close contact with the infected people.

Meanwhile, as the disease has a long incubation period and the time needed to travel from nCoV-hit areas to the city is very short (only several hours), the possibility of detecting infected cases at points of entry is limited, he noted.

At the meeting, Nhan asked authorities to promptly carry out solutions to contain the virus spread, including temporarily isolating people from nCoV-affected areas and increasing communications to raise public awareness of disease prevention./.

On the occasion of the Year of the Cat 2023, Party General Secretary Nguyen Phu Trong has delivered remarks offering the best wishes to the Vietnamese at home and abroad as well as people around the world.
January 22, 2023 | 08:27
Phiên bản di động