The Red Devils take on the Villains this weekend in the most-watched league on the planet, and we, for one, cannot wait for the game to begin.

Manchester United would believe that they are here to win the league this season. Paul Pogba now has Cristiano Ronaldo, Jadon Sancho, and Raphael Varane with him as he finally looks to win the big prize. That could also be the reason why he stayed despite heavy links to Real Madrid. This indicates towards a real belief that Ole Gunnar Solskjaer can win his first trophy as a Man United manager.

The Red Devils have often finished in the top four after Sir Alex Ferguson but have never once gotten close to winning the league when it comes to a genuine title challenge. That can change now, with star additions to the squad already helping the team amass 13 points out of a possible 15 so far. They would want to increase that tally by three when they host a tricky Aston Villa side this weekend.

Manchester United rested more than a few of its stars for a midweek cup ouster, and now hosts Aston Villa on Saturday looking to keep its Premier League silverware charge in order (start time 7:30am ET online via Peacock Premium).

The Red Devils left the League Cup at the hands of West Ham days after David De Gea’s late penalty save on Mark Noble kept hold of all three points against the same opponent.

You can watch NBC Sports live without cable with one of these streaming services: Sling TV, fuboTV, Hulu With Live TV, AT&T TV or YouTube TV.

Sling TV has a strange and difficult-to-understand pricing system. However, it’s a great way to stream NBC Sports without cable, and it’s the cheapest method of doing so on our list. It’s hard to beat Sling TV for cost effectiveness when it comes to watching NBC Sports.

fuboTV is probably the best way to watch NBC Sports without cable if you’re a soccer fan. From the start, fuboTV has focused on soccer streaming. Even though its bundle of channels now includes quite a few entertainment channels like Nat Geo and FXX, it definitely still shows a bias towards sports – soccer in particular.

Hulu With Live TV provides you with access to a variety of live streaming cable networks, including NBC Sports, as well as the entire library of Hulu VOD content.

Hulu With Live TV currently costs $64.99/month, and only has a single package of channels, which includes NBC Sports and 75+ channels in total.

If you want to watch NBC Sports without cable, AT&T TV is a reasonably good choice, but it’s a bit more expensive than the competition if you opt for a contract-free package.

To get NBC Sports without cable, you’ll only need the cheapest, $69.99/month Entertainment package from AT&T TV. Note that if you want your local NBC Sports RSN (Regional Sports Network), if available in your area, you will need the $84.99 Choice plan or higher.

YouTube TV combines a great list of channels and some of the best features in the industry, making it one of our top picks to watch NBC Sports without cable.

YouTube TV has only one package of channels, which includes NBC Sports and 70+ others, and costs $64.99/month.

You can watch NBC free using a TV Antenna. Generally, if you live in a city or the suburbs, you can watch NBC over the air using something as simple as this $25 Flat TV antenna. This antenna offers a free return policy, so it’s no risk to test it out. If it doesn’t get the channels you want, you can return it for your money back.

You can see if NBC is available over the air using this FCC page. If the flat antenna doesn’t perform to your expectations, then check out the following instructional guides for more details on over-the-air TV.

Hulu + Live TV is supported on Roku, Amazon Fire TV, iOS, Android, and more. You can read more about Hulu in our review of Hulu. There isn’t a month-to-month contract, so you can sign up to test the service without fear of a long-term commitment.

FuboTV has rapidly increased the number of locations where they stream the live local NBC network. Currently, FuboTV carries NBC in all major TV markets in the US.

Here are some of fuboTV’s features:

YouTube TV is another great option to watch NBC live. YouTubeTV offers live NBC with its streaming service in all markets in the US. Youtube TV supports Android, iOS, Apple TV, Fire TV, Chromecast, and more. The YouTube TV app isn’t available on Roku. However, users can use YouTube TV through the YouTube app on Roku devices.

Sling TV offers NBC as a part of their Sling Blue package in the following markets:

How to live stream Manchester United vs Aston Villa via Telemundo

Live TV streaming services offer live network television stations for cheaper than cable. They cost less partly because they often trim cable’s bulky channel bundles into more manageable “skinny bundles,” a term often used to describe the services. Since these services stream online, you can watch them anywhere. That means more competition for the streaming services and more convenience for viewers — streaming video means you can watch Telemundo without cable on just about any device.

YouTube TV, a skinny-bundle service owned by Google, is a great way to watch Telemundo without cable.

Telemundo is a broadcast, or terrestrial, television network, which is just a way of saying it is broadcast over the air. That means you may be able to watch Telemundo without cable for free, depending on how close the nearest Telemundo broadcast tower is. Which antenna you need will depend on your location (and the location of the broadcast tower), but it shouldn’t be too tough to figure out.

Can I Watch Telemundo on Roku, Fire TV, Apple TV, or Chromecast?

If you want to watch Telemundo without cable, you probably want to do so on your big-screen TV. That’s easy to do, because the skinny-bundle services listed above each work on most major streaming platforms. Just reference the chart below to find out which services you can use on your favorite platform.

The two teams have met each other an astonishing 190 teams, which shows the historical significance of this fixture. Man United have a massive advantage in their H2H record with 101 wins as compared to the Villains’ measly 49. The other 40 games have ended as draws.

United are on an unbelievable 18-game unbeaten run against Aston Villa with their last defeat against them coming in December 2009. Now at home, they would want to extend it to 19.

If you are working and living in America, and want to catch up with the latest matches of Champions League 2021/22, keep reading the article below for detailed guide on how to watch and live stream all the matches in the country.
September 14, 2021 | 18:10 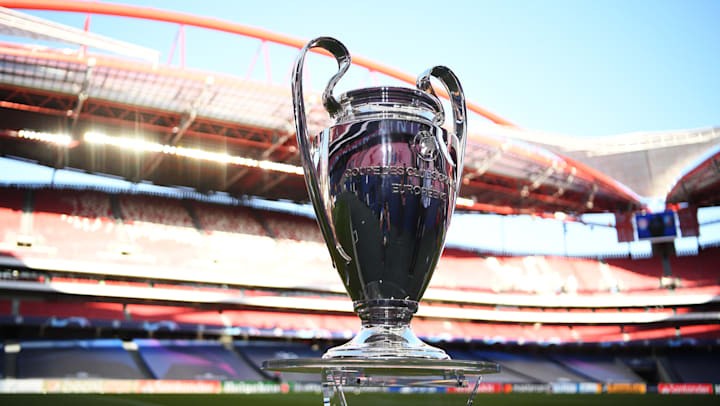 How To Watch Champions League 2021/22 From Around The World: TV Channel, Live Stream

Champions League 2021/22 is one of the biggest football events for sport lovers, with many matches. Here is a detailed guide on how to watch Champions League games from everywhere in the world.
September 15, 2021 | 00:42