The Consulate General of Indonesia has sent a thank-you letter to the Border Guard Command of the Mekong Delta province of Soc Trang for rescuing five Indonesian citizens who drifted into waters off the local coast, VNA reported on May 2.

“On behalf of the Government of the Republic of Indonesia, I would like to thank Border Guard Command in Soc Trang Province for its professionalism in handling the process of rescue and repatriation of Indonesian Ship Crew of the sunken MV Jagat Raya,” wrote Consul General Hanif Salim.

“I believe your positive approach toward the purpose above will contribute greatly to your reputation. I kindly expect strong and productive cooperation can be maintained in the many years to come.”

According to Colonel Nguyen Triu Men from the Command, Indonesia’s JAGAL RAYA ship, which was carrying 230 tonnes of rice from My Thoi Port in the Mekong Delta province of An Giang to the Philippines, ran around at 9pm on April 26 at Buoy No. 3, about 5 nautical miles southeast of Tra Vinh province.

At 8am on April 27, the ship’s owner informed authorities that it had a problem with its engine and its cargo area was flooded with water, thus resquesting towage assistance.

On board were seven Indonesians. From 2.30 pm to 5.15 pm on the same day, the vessel Bien Dong 7 and pilot vessels searched an area from Buoy No. 0 to Buoy No. 23 but could not locate the Indonesian ship.

Five had been rescued by Soc Trang border guards and sent to health care centres in Tran De district and Vinh Chau town. All are now in stable condition./. 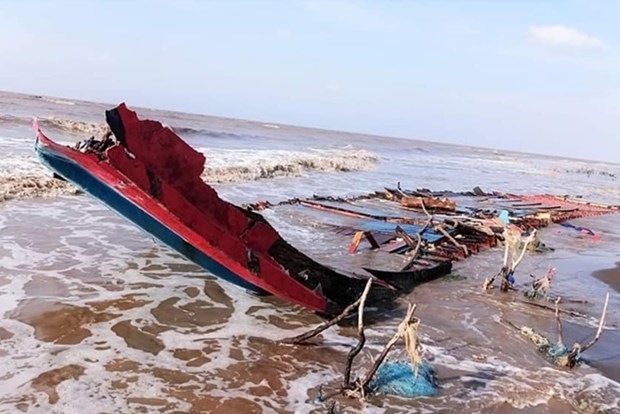 Three Indonesian sailors who drifted into waters off the coast of the Mekong Delta’s Soc Trang province were saved by local coastal border guards on April 27 and 28, reported VNA.
April 29, 2020 | 13:29