Thirty-nine more people have tested positive for the coronavirus (nCoV) on the quarantined Diamond Princess cruise ship in Japan as well as one quarantine officer, bringing the total to 175, the country’s health ministry said on Wednesday (Feb 12).
VNF/AFP/VNA
February 12, 2020 | 16:46

The international cruise ship is being quarantined offshore Yokohama for two weeks, after a passenger who disembarked in Hong Kong was found infected with nCoV.

The epidemic originated in mainland China, where more than 1,100 people have now died of the virus.

The ministry said tests were being conducted for others deemed to need them and it would announce the results later.

Kyodo news agency, citing the health ministry, said that of the 39 cases, 10 were crew and 29 were passengers.

Ten were Japanese nationals and the others were from 11 countries, including the United States and China. Four were in serious condition, Health Minister Katsunobu Kato said.

People who test positive for the virus are taken off the ship to a hospital.

The quarantine officer who was infected had been handing out questionnaires checking the health of passengers and crew since Feb 3, and had been following rules that require the wearing of a mask and gloves but not a full protective suit, according to the Nikkei business daily, quoting the health ministry.

A health ministry official had no immediate comment, but Nikkei said the ministry was checking the officer's contacts with colleagues and family members.

Mark Kortepeter, a professor of epidemiology at the University of Nebraska Medical Center, said that although it was hard to reach conclusions based on limited information, the ship infections pointed to an "agent that is highly transmissible," at least in enclosed environments.

"The infected quarantine officer probably indicates the high risk, even for individuals who are trying to protect themselves, because the virus is unforgiving and there is no room for error in use of personal protective equipment and hand hygiene," he said. "A small number of virus particles is likely needed to infect, making it an efficient spreader."

The government was considering allowing elderly and those with chronic illnesses to disembark before the Feb 19 target date for the end of quarantine, some media reported, but added it would take time to determine where they could be sent.

About 80 per cent of the passengers were aged 60 or over, with 215 in their 80s and 11 in the 90s, the English-language Japan Times newspaper reported.

An improvement in life for people on the boat came several days ago with the announcement they can receive packages sent to the address of the pier - a service that Rob Thomson, a New Zealander living in northern Japan, whose parents are on the boat, made prompt use of.

The foreign ministry released a notice on Wednesday urging its nationals to consider delaying trips to China and for Japanese in China to return home.

Japan has sent four chartered flights to China's Hubei province, the epicentre of the outbreak, for its citizens there to return, and plans a fifth. The people who returned on the first flight will be released on Wednesday if they test negative for the virus, media said.

The Diamond Princess docked at Chan May Port in Thua Thien-Hue province of Vietnam at 6:30 am on January 27, according Vietnam News Agency.

At the port, relevant agencies performed quarantine procedures for all passengers and crew members, took their temperature and distributed leaflets on nCoV prevention. No passenger or crew members showed such signs as fever, coughing or breathing difficulty at that time.

1,252 passengers left the ship and joined in registered tours in the locality.

According to the Tan Hong travel agency, 454 passengers of the cruise participated in two tours of Hue city during the day. All passengers and crew members returned to the ship the same day, and it left at 17:00 for the northern coastal province of Quang Ninh.

Director of Thua Thien-Hue Department of Health Nguyen Nam Hung said as of 9:00 am on February 11, no staff members performing entry procedures and serving the passengers during their tours showed any signs of the acute respiratory disease caused by nCoV. 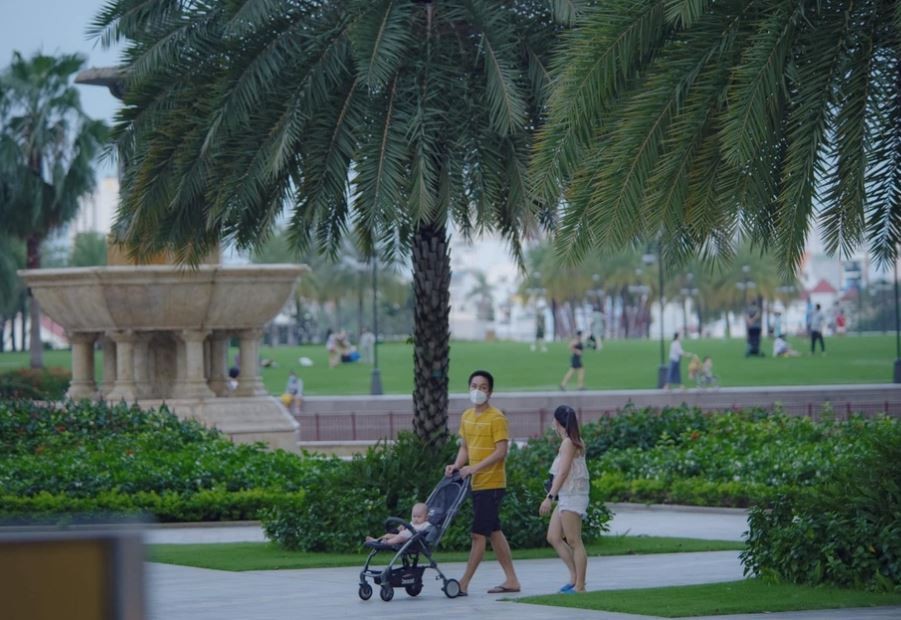