Champions League Quarter-Final, Semi-Final Draw revealed: Uefa has revealed on Friday the draw for the Champions League quarter-finals and semi-finals, which was held at Uefa’s headquarters in Nyon, Switzerland
VNT/BT
July 10, 2020 | 23:00

Four quarter-finalists were confirmed before the COVID-19 pandemic suspended the season, while the remaining four last-16 second legs will be played at the respective clubs’ home stadiums.

The remaining matches of the tournament are set to be held on August 12-15 in Lisbon.

What promises to be an unforgettable month of football will begin on Friday 7 August with the remaining last 16 second leg ties and culminate on with the final of the Champions League on Sunday 23 August.

Where will the matches take place?

The second legs of the four remaining last-16 ties are all set to take place as originally planned at the home team’s ground.

So Juventus will welcome Lyon, Napoli head to the Nou Camp, Bundesliga champions Bayern host Lampard's men and City await Real Madrid at the Etihad, after the British government announced selected sports stars will be exempt from quarantine requirements when visiting the U.K.

The final, originally set to take place at Istanbul’s Ataturk Stadium, will be played at the Estadio da Luz.

All five former Champions League winners were put into the same half of the draw on Friday, setting up a possible semifinal pairing between Cristiano Ronaldo and Lionel Messi.

Real Madrid, Juventus, Barcelona, Chelsea and Bayern Munich — who have combined to win 26 European Cups — will whittle down one side of the draw to reach the final on Aug. 23 at the Stadium of Light in Lisbon.

The other side will see three-time finalist Atlético Madrid face Leipzig and Paris Saint-Germain meet Atalanta. Leipzig and Atalanta are newcomers to this stage.

The single-leg quarterfinal matches will be played on four straight evenings from Aug. 12-15 to start a mini-tournament without fans in Portugal. The semifinals are scheduled for Aug. 17-18.

Four quarterfinalists are still to be decided, all involving the former champions. Juventus trails Lyon 1-0 ahead of their round of 16 meeting next month in Turin. The winner of the two-leg series will play either Real Madrid or Manchester City in the last eight. City won 2-1 in Spain in February.

Barcelona and Napoli also have a game to play in Spain, tied at 1-1, before heading to Portugal. The winner will likely get a quarterfinal match against Bayern, which won 3-0 at Chelsea in the first leg.

Those four outstanding games will be played on Aug. 7 and 8, hosted by the home teams: Barcelona, Bayern, Juventus and Man City.

The other half of the draw was much more straightforward with all four quarterfinalists set before the coronavirus pandemic shut down European soccer.

The single-leg quarterfinals and semifinals were both drawn Friday, putting Ronaldo and his Juventus teammates on course to meet Messi and Barcelona.

Soccer’s most prestigious club competition will resume after a break of nearly five months because of the coronavirus pandemic, and teams will restart at different stages in their preparation.

Bayern finished off a league and cup double after Germany’s early restart in May. Still, it has a one-month gap between hosting Chelsea and the end of the domestic season.

Chelsea has also somewhat affected the Atlético-Leipzig quarterfinal match. Forward Timo Werner declined to end the season with Leipzig after agreeing to a $68 million move to Chelsea. Werner cannot play for his new club until next season.

Atlanta and PSG are in strikingly different situations. Atalanta has won six straight games since the Serie A restart in June and has seven more to play, including at Juventus on Saturday. PSG has not played since March 11 but retained its French title when the league declared an early end.

The French team, which has Kylian Mbappe and Neymar, has only two domestic cup finals to play this month before facing Atalanta.

Also, Real Madrid and Barcelona are in a tight race for the Spanish league title, Juventus will likely seal another Serie A title and Man City also has advanced to the FA Cup semifinals.

City is also expected to find out next week the verdict in its appeal at the Court of Arbitration for Sport against a two-year ban from UEFA competitions for breaking financial monitoring rules.

What's the state of play in the last 16?

Those four are awaiting the victors of the other four second leg matches, of which three are finely poised.

Guardiola's side are 2-1 up against 13-time winners Real after two late goals turned the first leg on it’s head at the Santiago Bernabeu, but fellow Premier League outfit Chelsea were humbled 3-0 by a rampant Bayern Munich at Stamford Bridge.

Barcelona host Napoli at the Camp Nou having drawn 1-1 at the Stadio San Paolo, while Lyon take a 1-0 lead to Turin after a shock first-leg result against the Serie A champions. 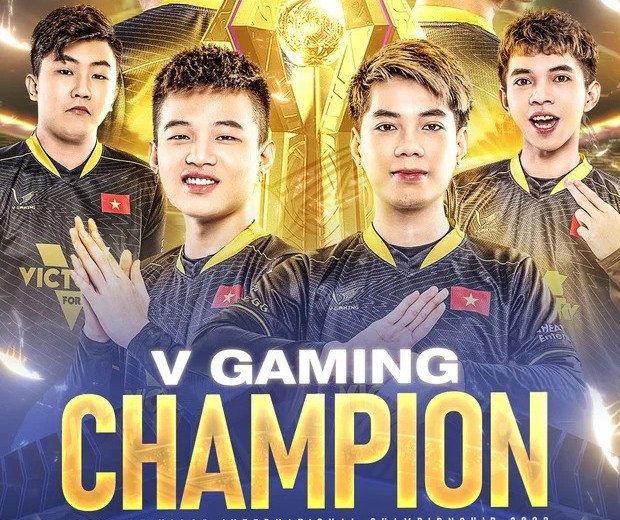 From Zero to Hero: V Gaming is the Winner of Arena of Valor International Championship 2022

The final match between Bayern Munich and PSG, which is in Lisbon on Sunday night at 8 PM, is considered the most balanced and amazing match over the past ten years.
August 24, 2020 | 00:06

The French side defeated RB Leipzig on Tuesday and won a spot for Champions League final for the first time in club history.
August 19, 2020 | 07:43